In 1953, the Iowa Hawkeyes played their final game of the season on the road against Notre Dame. Frank Leahy's Irish were undefeated at the time, having beaten four ranked teams in seven games. Iowa, coached by Forest Evashevski, had only gone 1-2 in away games, and the one win was against Purdue, which, even in 1953, Purdue.

What happened once both teams took the field is a matter of some disagreement. 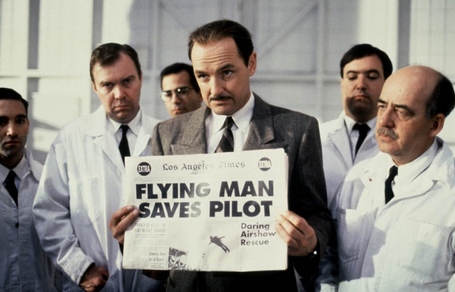 Every businessman worth his salt knows that time is money, so when Notre Dame forced the officials to stop the clock by faking injuries, they were essentially committing robbery. Oh, they won't admit to it. They'll stutter and mumble about the "rules of the game" and "strategy."

Horseshit. A good negotiation is when the guy getting screwed thinks he's doing the screwing. The Irish didn't even bother to pretend they weren't pulling a fast one. This boy-who-cried-wolf stuff is for those without the stuff to stand up and beat the other guy fair and square. Those papists can't stand the thought of some farmboys ruining their perfect season.

Well, here's a news flash for all those Notre Dame players, assuming they're not too sick to hear it. The American people know a fraud when they see one. You take your undefeated season and boast about it to anyone you damn well please. They'll see you for what you are - thieves without the dignity to be stealthy about it.

ARGUING FOR NOTRE DAME: A Videocassette with the 1988 ND-Michigan Game on it 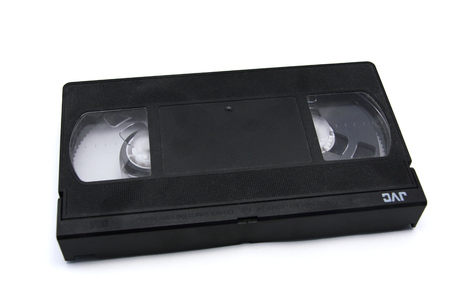 You? You're accusing US of cheating? How is it cheating to stop play to allow an injured player to get off the field? Isn't that just safe?

Besides, you did that shit, too. And it's not our fault that Iowa wasn't good enough to stop Notre Dame with the time left on the clock. You know who wouldn't whine about "faking injuries?" A WINNER. WHICH YOU ARE NOT, IOWA.

This is just typical anti-Irish hypocrisy. If some other nobody school pulls this, they're clever and scrappy and doing what they have to do. But when Notre Dame does it, oh, well listen to the cries of the downtrodden. Jealousy. Pure, sickening jealousy. You hate us because we are better, and more beautiful. Too beautiful for sex, even.

If anything, Notre Dame's the team that got screwed by having to host a bunch of Iowa fans. You wouldn't know tradition if it walked up behind you and whispered the names of the East India Company stockholders in your lower middle-class ear.

Now get out of my office.