CONGRATULATIONS ON YOUR COMPELLINGLY SUPERIOR EXISTENCE, HUMDRUMBLEBRAGGERS OF THE WORLD

Share All sharing options for: FRIDAY NONSENSE: KILL THE HUMDRUMBLEBRAG

The humblebrag has an evil variation we need to address: the despicable humdrumblebrag. This was on Reddit. it is our fault for going there in the first place, and for ignoring obvious advice, but it happened. 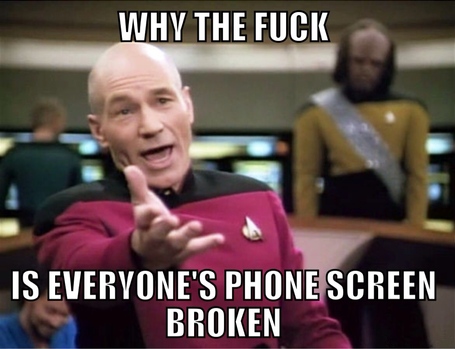 FIRST: SIR OR MADAM PLEASE YOU WILL HAVE TO EXPLAIN THIS NOVEL FORMAT WHICH I HAVE NEVER BEFORE SEEN WITH THESE INTERNET EYES.

And once you've done that--and that might take a few hours--put on your Templar's hood, pull the special book-trigger in your library to open your secret entrance, wend me down the steps of your labyrinth, and initiate me into the secrets of your thaumaturgies. Is it that your hands are more naturally skilled, and not as sweaty as the average cretin's wank-mitts? Could it be that you are simply more careful than the rest of the population, a more thoughtful, conscientious natural aristocrat wandering the hoi-polloi in a smoking jacket and jotting down the petty, easily avoidable miseries lesser others devour from life's buffet of incompetencies? Is it that the phone doesn't break because it hits your enormous dick on the way down, thus reducing the impact velocity? It's probably that.

It could also be this: you're inordinately proud of the most boring tedious accomplishments imaginable, and want to boast about them to people who place no value in your tedious merit badges whatsoever. "I never get hangnails," you say, proud of your Nobel Prize-winning ability to not bite your fingernails. "How hard is it to floss every day," you say, proud of the perfect teeth you will chatter into the grave with the rest of us who yes, might decide to say "Fuck it" and crash drunkenly into bed without dragging string through our teeth.

"You missed your flight? Did you get your car stolen?" Yes, that is the only way to miss a flight, and in fact the closer you stand to the gate, the more important and virtuous you look. It's amazing how the Phelps account will notice this. The Phelps account is yours because you--you go-getter--got to the airport two hours early, and blew at least sixty precious minutes of life you will never get back looking through the paperbacks available in the gift shop and playing Candy Crush on your phone. I can play Candy Crush all day on my phone because I keep my phone fully charged at all times. Of course you do, bitch. Of course. The Phelps account people love people with fully charged phones.

The Phelps account wants to fuck in the bathroom right now.

Goddamn, you are brilliant beyond all compare.

But it doesn't stop there. There is literally no limit to this tour of the castle of impregnable mundanity you have spent your whole life constructing. You just don't understand how someone could have a suspended license, because how hard is it to mail something in? It's not hard, and that's the issue. In fact, it's something you do effortlessly, probably online, and probably months in advance because how hard is it to keep a calendar, like the immaculate one you keep in your mansion of inestimable glories--because if the rest of life is this easy, you have one of those, don't you?

So, grand humdrumblebraggers of the world, the answer as always is this: it is because you are simply better than the rest of humanity. That is the point of the humdrumblebrag in the first place. The master of the humdrumblebrag is running headlong toward the perfect attendance award for life, and wants to know why you're not keeping up, all while taking the moment to slap a tiara of of LEDs on their head in the conversation and announce that yes: they have climbed that mountain, and paid their cable bill on time. It took effort, superior virtue, and grit, but they did not manage to break their phone made of glass*, which they will carry with them to their grave, which awaits them after a lifetime of well-spent effort using the fully extended ZIP code and always, always arriving fifteen minutes early for everything.