THE WEEK IN HATIN' FOCUSES ON THE CITY OF ORLANDO 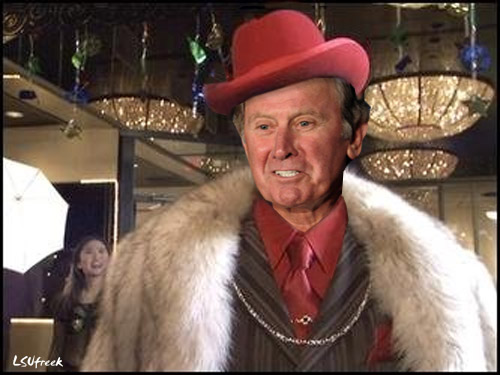 Well looky here, Iowa State at Tulsa. I've had lovers I've cared about less than this game, and your mother can back that up since I haven't called her in 23 years.

Georgia Tech was where I got my start coaching, and it looks like I took all the passing with me when I left. I've never been to Blacksburg, though, and any warrant that tells you otherwise is a lie.

Here's some free advice for you, BYU: I've seen Phil Fulmer in swimming trunks, and it's ALL Middle Tennessee.

Suspect USF's gonna have a tough time with Miami, especially because it does take at least eight months to get Holtz out of your bloodstream. Superbugs are real.

Don't think I'm not wise to your tricks, Tennessee. You don't get to buy "South Alabama" at Big Lots and pass it off as a legit rivalry game. That thing's made out of particle board and stolen hair.

I know Mark Richt thinks all things are possible through the Lord, but Zoroaster is a mean sumbitch and he'll hit ya late.

Richt's one of Bowden's old boys and went to Miami. Don't tell me he doesn't know a man with a hollow leg named Red who can make a body disappear overnight. Maybe two.

I didn't know there was a fat albino California Raisin, but I'm glad UCF didn't discriminate and hired him to coach football all the same.

I know three things that live in Orlando: a plush rat, George O'Leary, and Casey Anthony. Helluva golf foursome there.

Lotta people still mad at George for being untruthful on his resume, but how else are you supposed to apply for a job at a place that lies about having a good football team for years?

True story about UCF: mascot used to be an orange with an astronaut's head, which is the kind of thing you make when your city's chief exports are human heads and citrus. 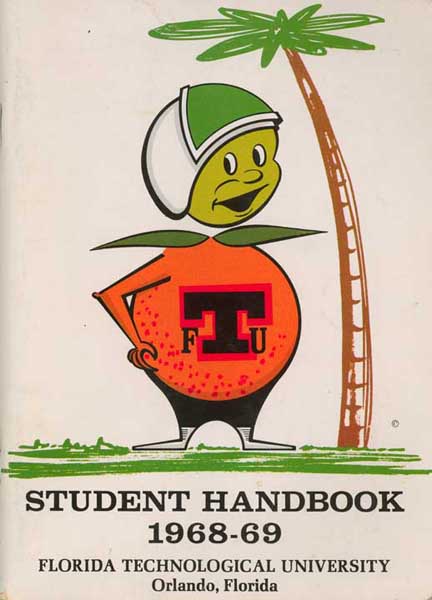 Y'all ever notice how Mark Richt looks French?

Nice that they finally installed water fountains in the stadium, though. I bet O'Leary's guest bath is just an empty Bisquick box that says "SHITTER" on it.

Every time you see George with a new set of teeth you know there's a horse going toothless somewhere in Central Florida.

Y'all still complaining at Oklahoma? Still gettin ten wins a year? Y'all should be grateful you have topsoil, much less Bobby Stoops.

I don't know if Ole Miss can beat Bama without a Manning, but if you put Bo Wallace in a tasteful sweater set he might could pass for Olivia.

It's not a four interception game, it's an emotional tribute to Archie Manning.

Archie doesn't send me Christmas cards. Assume they were intercepted goin' through Tuscaloosa.

I don't get cards from Jackie Sherrill, either, but stamps are expensive in prison.

Winner of Minnesota-Iowa jumps to the top of the Legends Heap, because the Big Ten is the Monday crossword and Urban Meyer kidnapped Will Shortz.

Colorado-Oregon State is gonna be just like them X-Games, except sometimes a ramp can play defense.

Ole Miss's first mascot was an old racist white guy, and now it's a bear? Gotta borrow everything from Alabama, don't they?

I don't know if Arizona's gonna hang with Washington, but they're two more full Rich Rodriguez seasons away from provin' Michigan's the real racists.

(I know they ain't gonna make it, but a man's gotta have hope. That's why George O'Leary keeps getting his Viagra scrip refilled.)

Y'ever wonder if we did too much to protect our children from potentially lethal household accidents? Me neither, Monte Kiffin.

Don't feel bad for Kiffin. if there's anything more undignified than knowing you'll be out of your job before Todd Graham leaves his, it's coaching Tennessee to a Music City Bowl loss.

Todd Graham steals toilet paper from bathrooms wherever he goes. Must be a kleptomaniac or large-anused. Don't laugh, they're both serious problems. Just ask Ray Goff.

Can you check freshly stripped copper wire through TSA? That's a real question, because Southern Miss fans don't travel without gettin' at least some of that airfare back while they're there, Boise State.

Science has discovered nine elements on the periodic table since Kentucky last beat Florida but somehow we still ain't got a cure for Salami Arms, a disease which afflicts 110% of Kentucky residents because some of 'em got it double.