DR. BO IS IN THE HOUSE

Share All sharing options for: DR. BO IS IN THE HOUSE

We'd like to thank some people this week. First, we'd like to thank Run Home Jack and Bunkie for holding down the fort while we were in Washington, DC this week for SB Nation planning meetings. (That's where we are, and don't believe the bail bondsman and his lies.) Second, we'd like to thank Jason Kirk and Bud Elliott for playing us in NCAA 2014 on Wednesday night. Bud beat us in a classic Territorial Cup match between Arizona and Arizona State, with the Sun Devils throwing the winning TD dagger into an incredibly incompetent Wildcat secondary with eight seconds or so left on the clock. (Note: the game is REALISTIC.)

We would especially like to thank Jason for letting us return the favor by tossing a similar dagger with Jonathan Wallace of Auburn in a spine-tingling thriller against Ole Miss. (Note: Jonathan Wallace threw for 350 yards, 4 TDs, and no INTs. The game is NOT REALISTIC.) The Rebels lost when Bo Wallace, who started 9-9 and was unstoppable, suddenly stopped...operating.

And for some reason, Run Home Jack (also in the room) began to yell COME ONNNNNN DR. BO. DOCTOR BOOOOOOOOOOOOOOOOHHHHHH. TIME TO OPERAAAAAAAATE. And after a while Dr. Bo began to give out prescriptions for things, which is not good because Dr Bo is not a licensed physician, and also because a stroke cannot be cured by being placed face down in a trough full of breeding tilapia. Like, that's not even close to something like medicine.

And thus Matt Ufford made this, and we're calling Bo Wallace this for the rest of the season: 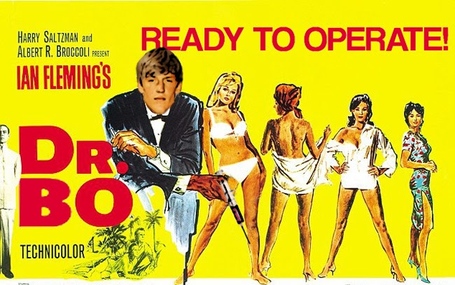 In summary: we'll be back full time next week, Dr. Bo is open for practice, and we need football even more than you do, and need it immediately. Because we are all hallucinating.