Share All sharing options for: HOUSTON NUTT IS AVAILABLE TO SPEAK AT YOUR NEXT ROTARY CLUB MEETING

Most major universities have some semblance of an Alumni/Touchdown/Quarterback club meeting during the weeks of football season. The more heavily attended ones are those in metropolitan areas most proximally located to the school, as the majority of fans, boosters, and alumni are likely in those areas. They are typically luncheons/happy hours/buffet dinners held in the largest halls/cafeterias/Western Sizzlin's in the area and host any number of coaches and other well known speakers to entertain the crowd during the meeting. Little Rock, Arkansas has one such club...and dare I say that it has the most amazing group of speakers lined up for the upcoming season. Observe... 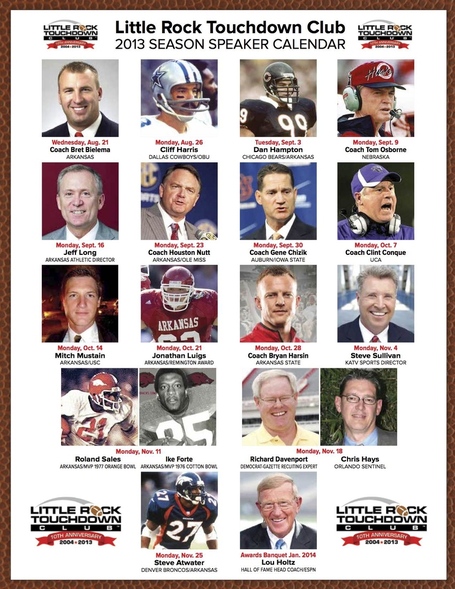 A couple of things to discuss:

While this is certainly an impressive group of speakers, it's not the ultimate Arkansas line-up. There's still time to reschedule, Little Rock Touchdown Club. Make it happen. 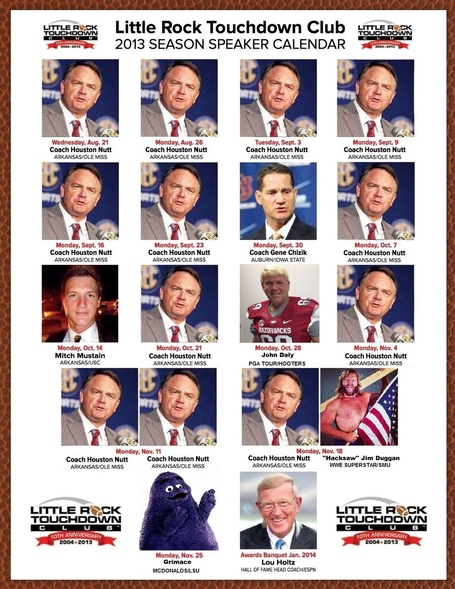