YOU DID IT SOUTH CAROLINA

YOU MADE AN AWESOME TEAM-THEMED RAP VIDEO

Share All sharing options for: YOU DID IT SOUTH CAROLINA

1. HOLY SHIT, SOUTH CAROLINA. Someone made a team-themed song for you that doesn't suck. This isn't borderline good: It's well-shot, brilliantly edited, and features pretty much every major Gamecock football player of note from the past thirty years. The rappers can actually rap. The beat is a sample from "Oh, Sherry," and Steve Taneyhill is in it. It's got black and white people in it, and all of them except the baby look like they're ready to kill at the first booming tones of 2001. This is South Carolina as hell in every direction. We mean, look: 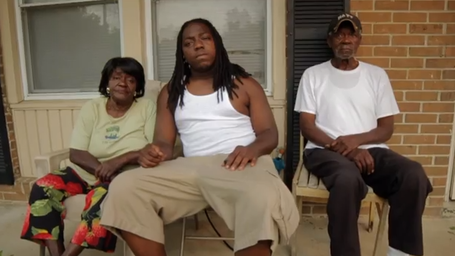 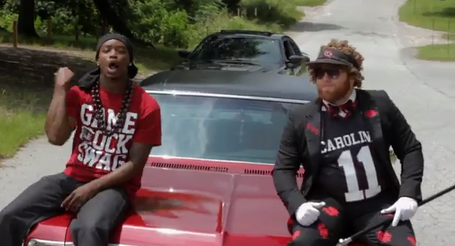 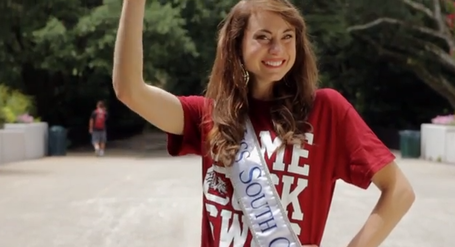 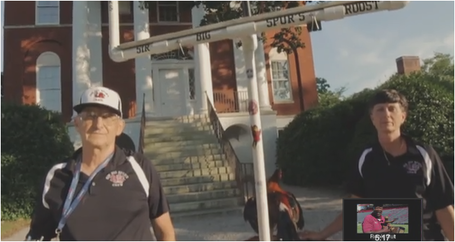 2. And yet there's more. There's fat dudes with beards wearing wide receiver's gloves. The rappers are named things like "Suga Shane" and Big Hurc, just like half the dudes you know from South Carolina. We repeat: they can actually rap. It's not even really a fight song, but a city anthem for, um...Columbia? Which they admit isn't always great? Which makes it even cooler, particularly when they're rapping with Steve Taneyhill Mike Hold in the burned out husk of St. Paul's Lutheran in Pomaria? Because, metaphors for most everything in South Carolina football history prior to Steve Spurrier's arrival? 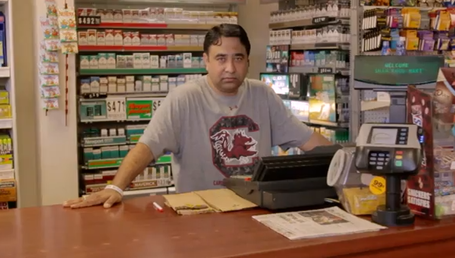 4. No, but really, it's good. It's really freaking good. It's not cheap, it's not badly made, and if you heard it on the radio you would let it roll without thinking it was obviously a fight song. Even Darius Rucker looks as grizzled and country as he can possibly look, which is probably the video's second greatest achievement.  We like this, without reservation or snark. It's great. This is weird for us all, but then this happens at the end:

5. GEORGE ROGERS HANDS THE KEYS TO THE DAMN LAMBO FERRARI TO MARCUS LATTIMORE AND THEY RIDE OFF TOGETHER TO SOMEWHERE BETWEEN VICTORY AND FOREVER.

If we were South Carolina fans we would have thrown our laptop through the nearest brick wall like drunk Gambit with excitement. This is the greatest single moment in the history of the state. When schoolchildren ask about human greatness in the classrooms of the Palmetto State, let them be shown this GIF. This, children: this is what dreams are made of, and the thing hope springs from eternally and without end.

P.S. Um...there's also as baller a Clemson joke as one can possibly make in there. 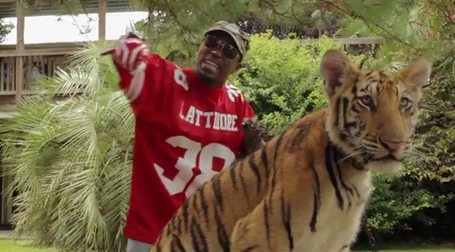 REAL TIGERS. THEY GOT A REAL DAMN TIGER FOR THIS. We hope this is successful because after this there may not be any more money in South Carolina, due to blowing it all on this unofficial video. If so? WORTH EVERY PENNY.