THE 2014 SEC SCHEDULE: REACTIONS BY SCHOOL

Share All sharing options for: THE 2014 SEC SCHEDULE: REACTIONS BY SCHOOL

The 2014 SEC Schedule came out today. Let's review the reactions, because yes, the conference IS out to destroy your school.

ALABAMA: Still ain't figured out why they trynta hold Alabama down, but haters are everywhere, Pawwwlll. Look at the SEC doin' their dangdest to knock us off the throne. First they bring Florida in here to give us some kind of disease and weaken us up before we go to Ole Miss and get another one. Tilapia Flu. It ain't nothing to laugh at, and you get it from touching people from Mississippi. It's why they move slow, and sometimes sprout dang ol' gills while you're talking to 'em. Oh, another Southern exaggeratin'. I hear you, but listen, I don't wanna lie to you, so I'll tell you straight: you cain't call it magical realism if it's just real and weird, and especially if it's coming out of Florida. They made Will Muschamp a head coach. Gabriel Garcia mark that down on your calendar of real, okay? You put whoever you want on the schedule, and try to bring us down. I get that. THEY HATIN'. But I cain't have you assailing the very definitions of modern literature here.

Thank you so much for blessing me

By making me an Auburn fan

And part of the Auburn family

Which is the most blessed among that blessed tribe

Of the most blessed and chosen of football tribes

Also, thank you for giving us the South Carolina game in Auburn,

Because Columbia smells like asphalt and mold and sorrow and poor people, and has a giant alcoholic mosquito for a mayor.

P.S. Please kill Nick Saban with a wasting disease in a Christian and swift fashion. I mean that in the holiest of ways.

ARKANSAS: A tree stand. Early morning. The smell of deer piss and possibility in the air. He spits in a cup, and sips his gas station coffee. The sun has barely streaked the sky when his phone buzzes. He is angered by the noise. There could have been a buck right over that hill, glorious and free and waiting for him to raise his bow and make it his. That buck would be scared off now, running toward the horizon and away from destiny.

Dammit, he thought. His phone read: "SCHEDULE OUT. GEORGIA AND MIZZOU FROM THE EAST."

He spit in his cup again. A man yelled at him from the ground.

"IF YOU DON'T GET DOWN FROM THAT TELEPHONE POLE I'M CALLING THE COPS."

The forest was practically a traffic jam this morning. He'd never catch anything with this racket.

"THAT IS A TELEPHONE POLE IN DOWNTOWN FAYETTEVILLE, SIR. I KNOW YOU CAN HEAR ME. I HAVE DIALED 9 AND 1. THE NEXT MOVE IS YOUR CALL."

He would have to move, and follow where the killing instinct guided him.

FLORIDA: No, no, it's perfectly fair for us to be playing LSU and Alabama while Georgia gets Auburn and Arkansas. No, it's not part of a pattern of clean undies handed to Georgia, and soiled hobo drawers handed to Florida by the SEC schedule. It's not, and BRING IT. WE DON'T CARE ANYMORE. ALL THE NERVES ARE DEAD. WE EXFOLIATE WITH STRAIGHT RAZORS AND LOOSEN MUSCLES BY GETTING BEATEN WITH BATS. But seriously, we don't care. Bring it. It's not like Jeremy Foley's scheduled anything hard out of schedule, and that's no disrespect to Toledo, who could totally beat us in the opener if we don't fix our early game offensive constipation. Full game offensive constipation.

Whatever. We love playing LSU, and whatever happens with Alabama ain't anything that ain't happened before. Go ahead and do us in the dirt button, Alabama. It's all numb back there anyway.

KENTUCKY: [points to Rivals recruiting board]

[throws self in cryogenic hypersleep chamber until basketball season]

LSU: Surrounded? Lemme tell you a story about another man who was surrounded. Tanks all around him. Freezing cold. The kind of cold dat gets into the bones. MONROE, LOUISIANA KINDA COLD, FRIEND. Dat man coulda surrendered. But that's not what Americans do, and that's not what Tigahs do even with a schedule with Florida on it. So you know what he told 'em when he saw impossible odds? He said, "NUTS" and then started shooting in every direction. Y'all think I was talkin' about General McAuliffe in the Battle of the Bulge? Nah, that was my cousin Ray-Tom. He's dead now, rest his soul. BUT HE WAS BRAVE AND DRANK HIS 12 PACKS COLD AND THAT'S WHAT COUNTS, CHERE. WE HATE EVERYYYYYYYONNNNNE.

No sure wins anymore, love.

We sigh. We CLANGA. 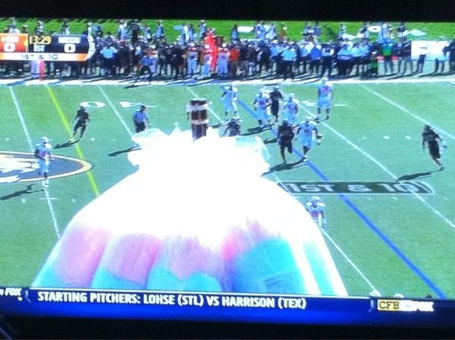 As long as we keep running the cotton candy formation, no team shall best us on the field of battle, not even Arkansas and South Carolina.

Tennessee's been throwing their garbage over the fence into Mississippi for years. Keeps the raccoons distracted, and compost is for hippies. Getting Vandy and Tennessee in the same year is an opportunity for revenge, provided either team can get the equipment truck over the 3,400 foot tall midden of waste products between the two states. Oh, we hear what you're saying: why don't you just drive through Alabama. Clearly someone's unaware of the Thirty Year Bamassippi Conflict, or the giant chain of above ground pools filled with eternally burning propane lining the border between the two states. (Hint: it keeps the recruits in Alabama, and was designed by Nick Saban himself.)

The only team to get three SEC cross-division rivals on the schedule with Texas A&M, Auburn, and Clemson.* 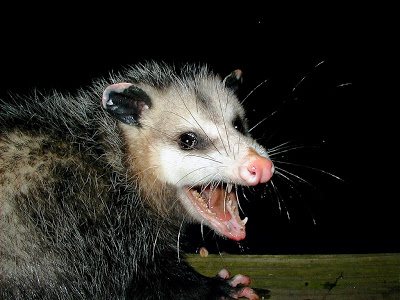 OH MY GOD A LIGHT

[passes out on road]

[is run over by Ole Miss and Alabama]

South Carolina and Mizzou will be brisk demonstrations of total spread football power for Texas A&M and Johnny Manziel, who will openly collect a salary, sell memorabilia, sign every endzone he walks into, and start a multilevel marketing business all while still registered as an undergraduate JUST TO HUMILIATE THE NCAA AND STAY FOR AS LONG AS POSSIBLE WHILE TURNING HIS ENTIRE CAREER INTO AN ACT OF PROTEST. HIs finale will be applying for an extra year of eligibility under a medical exemption, citing a lingering case of "haters." He application will be approved, and no one will understand how.

Mississippi State and Ole Miss in the same year? SOMEONE'S craving a good ol' fashioned "pulled over in a Memphis airport rental car they didn't know was loaded with meth and cash," and they're Anchoring Down as we speak. (Memphis: it's Legends of the Hidden Temple for adults, but with guns, theft, and the giant head of Marc Gasol narrating the whole show.)