MOMS ARE OUT THERE. And they always know what's going on. Moms are unfoolable. You only get away with shit when moms permit it. Therefore, we only want to wish Casey Pachall well as he continues working towards winning back his starting job post-rehab. We have no follow-up questions of a sartorial nature.

YOU HAVE TWO CHOICES. When you hear that the Sooners have decided to have their offensive linemen lift weights and that this is kind of a sea change, one reaction is to calmly note that this is probably the right move given Oklahoma's unimpressive run blocking last year, and then you point to the numbers in Bill C's preview as proof. And that's the only mature respon 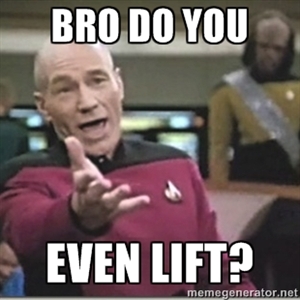 We're sorry. We were probably not raised right. (Although that's a great picture of Bill Snyder.)

BUT WASN'T BILL HELPFUL? Sure, we took his meticulous work and sullied it with our lazy Internetting, but don't let that reflect poorly on him. Oh look, Bill has a new book out! Oh look, Spencer wrote a foreword for it! Oh look, you're pulling out your credit card right now!

STEREOTYPES DISSOLVING NOOOOO. Florida State player? Burglary? Well, I think we all know where this is WAIT WHAT?

DAVIS LEAVES CHAPEL HILL. With the transfer of his son to Coffeyville Community College, UNC is one step closer to leaving the Butch Davis era behind forever. What will you remember most fondly? The three straight losses to Virginia? The four straight losses to NC State? The bowl game they should have lost to Derek Dooley?

ETC. If Bill Dance can't beat 'em, who the hell can? UNBREAKABLE.