Share All sharing options for: OLE MISS HAS A NEW MOTTO FOR 2013

The Ole Miss 2013 football season, if it didn't already have a motto, has now just found one. SSSFFFRRGGGG, which stands for:

S: Sacrifice, which we do for our teammates

S: Spread offense, which we do to piss off Nick Saban on the field and Dan Mullen off of it in recruiting

S: Sundresses, because we are Ole Miss and apparently no one ever wears these anywhere else or something

S: Sandra, as in Bullock, who Hugh Freeze calls to just talk about gardening and and stuff

R: Rebels, WHICH WE EMBRACE ONLY IN THE THEORETICAL SENSE OF RESISTANCE AND DARING, AND NOT AS A LARGER ENDORSEMENT OF ANY PREVIOUS HISTORICAL REBELS

G: Gland Shark (Land Shark's got a condition now but we're working on it with a doctor in Memphis)

G: Go, as in go route, which is the only thing anyone should ever want to see Donte Moncrief run

G: Golden Corral, which come on, even McCombs, Mississippi has one, you guys can surely get one for Oxford. HOW CAN WE KEEP UP WITHOUT A CHOCOLATE WONDERFALL OF OUR OWN?

G: Grit, which our team will exemplify.

G: Grits, which our team has to eat 25 miles away at the nearest Waffle House. (You are not alone in Waffle House neglect, Aggies.)

G: Goats, which we don't have running around our campus like some schools around here. #HailState

G: Garden and Gun, which you get a free subscription to with each Ole Miss scholarship

G: Gukumatz, the feathered Mayan serpent-god who refuses to admit that those seersucker pants he keeps wearing to tailgates don't fit anymore.

G: Guttitude, which our team will embrace as a standard of toughness in honor of esteemed alums Peria Jerry and Jerrell Powe, who both succeeded at Ole Miss despite weighing 700 pounds a piece

G: Goldberg, because he was cool and had huge traps. Yes, he went to UGA, but we don't believe in prejudice here at Ole Miss. 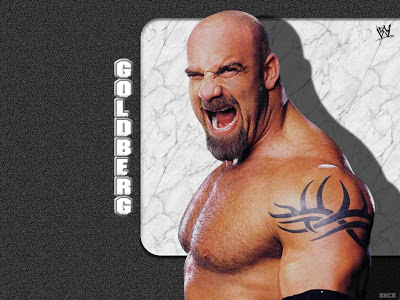 G: Grippe. "Flu" is for those poor assholes in the southernly half of the state.

G: Gummi Bears. They bounce here, there and everywhere. Just like our marauding defense.

Ssssrfgggggggggggg!!! It barely fits on a t-shirt, but it goes quite easily in your heart if you let it, Ole Miss.