THE RICK MUSCLES TOP 25 OF AWESOME

BECAUSE YOU NEED AWESOME TO RECOGNIZE AND RANK AWESOME

Share All sharing options for: THE RICK MUSCLES TOP 25 OF AWESOME

From time to time, noted Internet gadfly and accomplished lover Rick Muscles gives us his Top 25 rankings, whether we ask for them or not. As always, anything Rick Muscles should be deemed inappropriate for children, unless those children are already hopeless.

Football season is just around the corner and we all know that means rankings. Preseason rankings are bullshit but I'm here to guide you to the truth. So take your shirt off, put on some R. Kelly and draw a nice bath because we're about to get nastier than Brett Bielema shaving his chest.

What kind of bro wears Toms? The kind of bro that can't pivot his foot properly to give you a meaningful, aggressive high-five. Essentially Toms are crocs for people who shop at Whole Foods. Keep it up, dudes not wearing Toms. 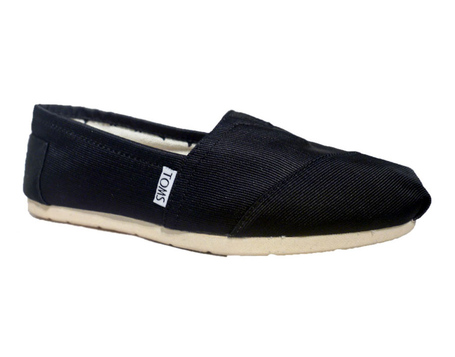 Coolest city name ever. According to legend, the city got its name because a panther was terrorizing local livestock. The citizenry then trapped a live panther and burned it alive in a barn. The offspring of Dale Earnhardt, Jr. and Marilyn Manson couldn't even come up with something as Southern gothic as that.

Would you watch a Roman phalanx lay waste to an overmatched army? Probably not because people dying in real life is upsetting and gross. I'm not so sure the Tide will repeat this year. Sure, they have AJ and CJ coming back but they will retool a lot of their offensive and defensive lines. However, the precision, aggression, and skill the Tide has shown over the last 3 out of 4 years is unparalleled. I can't decide if the Tide is making CFB a boring, bloody mess but it is impressive.

22. People who aren't Auburn fans that brag about their degree.

Andy Warhol used to make paintings of Coke cans because they were democratic. The Queen of England all the way to lowly Houston Nutt got the same can of Coke. And it's delicious. The state of Alabama doesn't have much to brag about. It's always been a national punch line. That's fine. A lot of it is, or was, fair.

There's one thing the state of Alabama has been able to compete nationally in and that's college football. Other than that, maybe BBQ. Traditionally, Bama has been better than Auburn. Sure, Auburn has had some big runs- especially in the 80s and 00s. Yet most people in Alabama prefer the Tide. I mean, the team is named after the State.

Recently, Auburn fans have been real smug about being a graduate. There is absolutely nothing wrong about being proud of your degree. But come on, it's Auburn. There is no reason to be a dick about it. Some Bama fans have been total dicks over the last 3 years, but there is no reason to denigrate other folks because you have a degree from Auburn. Get it together, Auburn. Step up your troll game, y'all.

22. Will Muschamp going from intense to insane in 2 seconds. He's amazing at this. 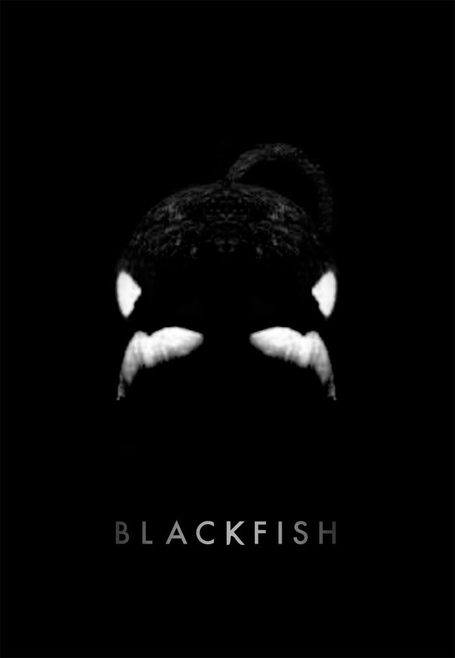 We like to compare fat ass coaches like Charle Weis to whales. But after watching Blackfish, that is wrong, y'all. Killer whales are cold blooded killers. The only thing Weis has killed is the neighborhood pizza boy's plans for the evening.

20. This video of Will Muschamp

I just like how Muschamp realizes half through a sentence that he's angry. It's like conjunctions send him into a flying rage.

19. This helmet from some school in Oklahoma 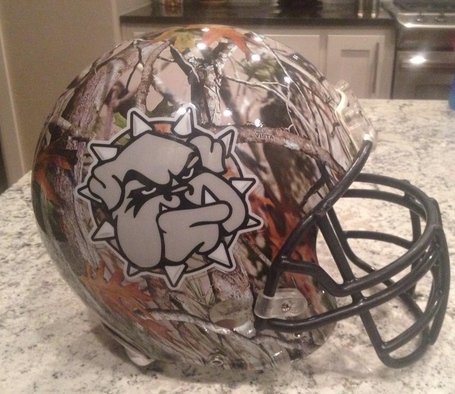 Bro, you're getting kicked out of events like DMX at the airport. Now, Wright Thompson is making you out to be a tragic figure. I get that fame is tough. However, it's tough to feel sorry for this Daddy's boy. Lord knows I'm not shedding any tears over this phenom athlete that comes from Texas oil money.

17. The documentary Bending Steel
http://vimeo.com/m/61741393Dawgs, this movie is about an old time strong man in modern times. Remember when strong men were men? These dudes have no fake tans, they aren't wearing a speedo and they don't turn tricks for creepy customers who have a body builder fetish. Keep it up, dude who bends metal with his bare hands.

Brock is my all-time favorite cartoon character. He's a relentless, professional killer. The closest CFB comparison I can come up with is Jadaveon Clowney. However, as my pal @rbrtodd points out, how many Clowney highlights do you see where the offensive linemen didn't miss their block? "The Hit" was awesome but the olineman clearly missed his assignment. I'm not saying Clowney isn't brutal but maybe he could be a little more consistent. At least consistent enough to call out rival QBs and not have people who watch tape roll their eyes.

At age 14, a young Handsome Rick thought this movie was bad ass. Maybe it was but it sure as hell doesn't hold up. The Crow's special power was not dying. There's one college coach that embodies the Crow - Tommy Tuberville. Tubs taking over Cincinnati was the most baffling move of the offseason. Even those drug-addicted oracles from Minority Report didn't see that coming. After slapping his coach and feuding w/ the AD, Tommy T skipped Lubbock just fast enough to keep from being burned alive during Devil's Night.

As we learned in #23 Bama has been pretty good lately. Yet, there is nothing funnier than Bama fans that still have no dignity. Recently a nutty Alabama fan bothered a recruit on his Facebook page. This fan likely has a job, is responsible for feeding 2 children and has to make a house payment. In other words, this dude is a man. Despite being a man, he still has time to harass a child about his school choice. It's getting to the point where I wouldn't be surprised if Bama fans started going through CJ Mosley's trash like some sort of Houndstooth Clad Raccoons.

Things Auburn fans will throw at me for #22.

The Butterfinger should be in the pantheon of candy bars. It's vastly underrated. It's bigger than any of its rivals and the peanut butter is delicious. The ad campaign is "Nobody better lay a finger on my Butterfinger." These overweight and zitty Don Drapers rhymed finger with finger. I blame those morons for ruining the glory my beloved Butterfinger deserves.

11. Witnessing a murder in a mens room 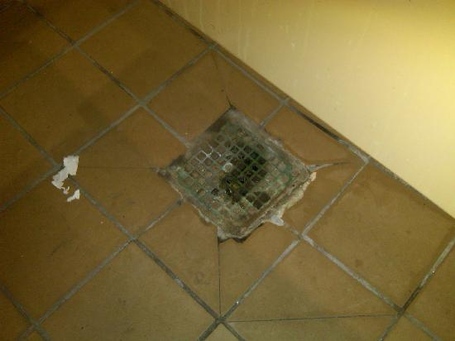 That night in Carrolton, GA was life changing. Sure, my 9 year old nephew had some expensive psychiatry bills but we've never felt more alive. The cops blamed the 20 Five Hour Energies that the trucker ingested.

My boy Anthony Weiner just got busted for sending dick pix again. What's wrong w/ snapchat, Dawg? I got $10 that says Bobby Petrino has an effective snapchat game. You know who doesn't? Frank Beamer. That dude will get caught sending a dick pic within the week. I bet Bud Foster will bust him for it too. Bud is probably tired of living in Frank's shadow. So Bud is going to set up a fake Facebook account as a hot chick to trick him. Frank will go after those titties like he goes after punters. Then Frank will get busted sending dick pics. This whole thing could have been avoided if Frank had just used snap chat because the picture gets deleted. Snapchat y'all. It's a safe place y'all. No safety word needed.

I recently saw him live and had a good time. We shared some takes about being sober bros after his set. He's legit. Later I got bored and wondered what it'd be like if Delaney was a Bama fan. Here is the joke I came up with:

Y'all ever orally pleasure a woman at Bryant Denny Stadium? 15 licks for all them championships.

8. Tweeting that Johnny Football is only 20

Did you know 8 million slices of Hunt Brothers pizza are consumed in Starkville, MS each year? Hunt Brothers Pizza is so popular fried baloney is now an afterthought among Bull Dawg fans. Hunt Bros needs to step up their game, though. Maybe they can offer Cheez-Its and Vienna sausage as toppings.

6. Empire of the Sun

I saw this band at 3:30 am at Bonnaroo. They're kind of like an Australian Daft Punk meets Circus Soleil. The band's stage show is a bunch dancers hatching from inflatable eggs. It was a pretty cool experience, y'all. The swordfish girls really made sense that night.

Scary dudes who yell a lot and learned how to make videos watching Tim & Eric. I'll take it!

4. Watching football in the closet

Do you have bros? Where do you and your bros watch football games together? Do you think it would be weird to watch football with bros in a closet? Would you wear a shirt? What if someone farted? Can you make a list of Faux Pas that might happen while watching football in a closet? What would Bret Bielema and Steve Spurrier talk about in the closet? Would you require a neck tie in the closet? Are girls allowed?

Nobody makes white people madder than Trooper Taylor and that has nothing to do with what I'm about to say. Trooper's next career move needs to be in management. Why not create his own military school? Maybe he can move his school to Northern Idaho. You know what America needs? Child soldiers and Trooper is the man to lead them. Recently I read "A Long Way Gone" which is a story about child soldiers. The children were given a mixture of gun powder and cocaine to snort and they watched Rambo movies every night. You know who could handle that in America? Trooper Taylor. 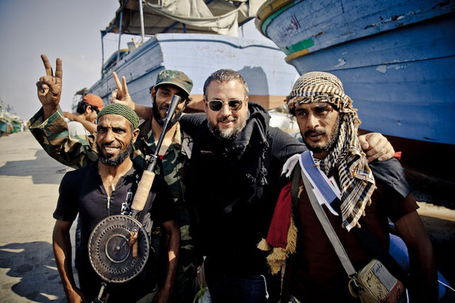 This show should be called "A Bro's Guide To The World," which is probably why I like it so much. The ibogaine and North Korea episodes are worth it alone. Can't wait until the Vice dudes cover the day Bama and Auburn fans break into open warfare and divide Birmingham with a Berlin Wall.

Breathable, durable and aggressive. #1 for 32 years, y'all.