JERRY KILL SAYS YOU'RE GONNA HAVE TO TENT THE HOUSE

WE'VE HEARD HIS VOICE SOMEWHERE BEFORE

Share All sharing options for: JERRY KILL SAYS YOU'RE GONNA HAVE TO TENT THE HOUSE

First, you have to listen to Minnesota head coach Jerry Kill talk, and hear his accent and watch his mannerisms. Then, you'll realize that you've seen him before, in a different life, as someone who fixes things and has some very bad news about that water pump you probably heard knocking around in your engine. 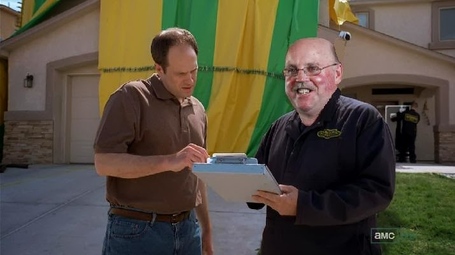 I got some bad news and some good news, sir. The good news is that you're goin' on vacation. The bad? It's gonna be at the Residence Inn down the street, because we gotta tent it. I'm gonna be honest. Might be a week. Might be two. But when we're done, I'll also promise this: everything trapped in there will be deader 'n a doornail, and your furniture will glow in the dark for months afterward.

I'll also tell you this: I never seen so many armadillos in one wall. We take checks and credit cards, sir. 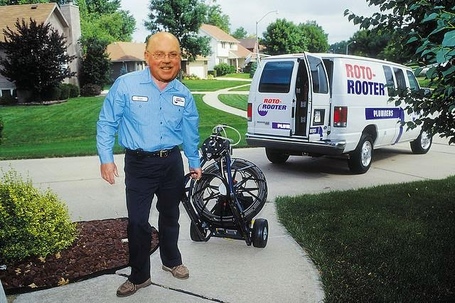 Well, ain't that something. I've never seen a squirrel get that far down into a septic tank, but you got yourself the Andy Dufresne of squirrels there. He woulda gone a quarter mile to get down there for some reason. Maybe thought he was gettin' somewhere in life. Ain't that just like life? The bad news is that you're gonna have to pull up the whole shitcave just to get him out, because he's stuck right there in the dang main intake. The good news? You're not that squirrel. Then again, he's not paying for this, either, because he's a squirrel, and probably couldn't get a credit card in his name in most states.

Not speaking for Indiana. They got a different way of doing things there. We take checks and credit cards, sir. 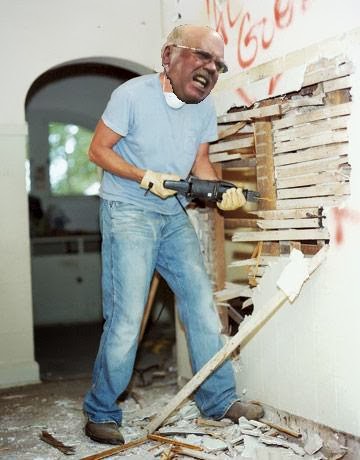 Well, it's worse than I told you. Now, don't get too upset. Some other builders would just wall this up, but we're gonna go in there. Get those bones out of the crawlspace. Not ask too many questions about them because that's the past and we're living in the present and the future's where we're headed. Without the bones, which are going to the county dump, which will take 'em as "recyclables" without asking too many questions as long as you pack 'em with some mulch.

Stay with me. That whole wall? It's being held up by mold. Can't even tell if there was wood there at one point. Who's the contractor who did this? Brewster? Well, that explains it. You skimp on cost by building a house out of packing peanuts and old cooking oil cans bound in duct tape and that's gonna happen. You've got a few of those mold walls, actually. Like, all of them.

I'm not gonna lie to you: you might wanna look into getting new lungs. I don't even know how you're alive.

But that's what we're gonna do. Build a new house here. I'm gonna have to take it down one way or the other. NOW LISTEN. Listen. It's gonna be expensive. Might take two years. Might take three. I really don't know. I SAID I DON'T KNOW. You might just wanna leave the country for a while. Work under an assumed name. Come back when we've burned the evil out of this glorified crackhouse you got here. Pardon my language: this glorified crackhouse with a mold problem worse than a jungle poacher's skivvies you got here.

But we'll work hard is what I'm saying, and by the time we're done you're gonna have a real house and not a giant mold spore with cable and central heat and air.

Also, you might have walking Legionnaires' Disease. Jeez, this is worryin' the piss outta me now.

Oh, and I talked to your insurance company. Said you're only covered for phylum zygomycota. Yeah, I told 'em you had the "Total Shield Coverage Plan." Print's the print, ma'am. We take credit cards and personal checks, sir.