FRIENDS! CITIZENS OF THE WORLD! PUNTEMON ARE HERE! 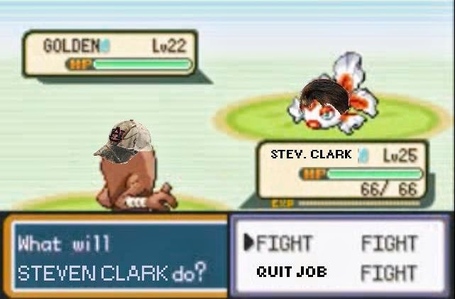 Undersized high school defensive end in state of Alabama. Can you pelvic-thrust a telephone pole down without a running start? Only halfway? Better get to special teams, son. It's called the Yellowhammer State for a reason, and it's after the first man to do this, a jaundiced racist and former Crimson Tide named Harlan Torchgoiter. He died drunk at the age of 38, yelling at the train that escorted him from this mortal coil.*

*(That train was in the wrong for stealing Harlan's sweetheart. NO IRON MONSTER CAN LOVE YOU LIKE HARLAN DID, ANNA LOUISE.)

Fake: This is Gus Malzahn's punter. He will fake punts by running, punting, and possibly handing the ball off to a flying raptor of some sort.

Quit Job: to go fishing or hunting or just to hang out at the lake for a while 'till the money runs low and the beer runs out. (Superpower particular to all Auburn characters; present in all larger Alabama territory characters.)

Croakies: Croakies. He owns a pair. That's a power, shut up.

May not punt frequently due to Gus Malzahn having to coach his first year like a bush pilot with a dead engine, plummeting digits on the altimeter, and both wings on fire. 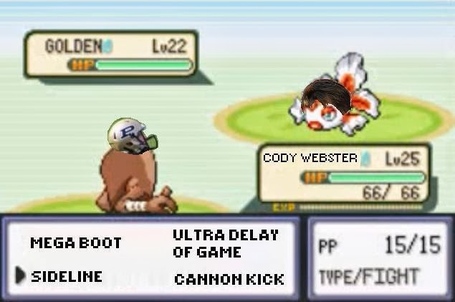 O.G. Big Ten prototype punter who was chosen by the punting game from birth. Explosive calves? TNT BELOW THE KNEES, CHILD.

Science. A superpower of all Purdue types, which is why they're yelling about a small sample size on the previous ability. We went to an SEC school, and do not believe in the devil's playthings you call fossils.

Beating Ohio State. It's a lunar cycle thing or some shit like that YOU FIGURE IT OUT, GUYS IN WHITE LAB COATS.

Lack of rouge rule keeps Purdue from every being competitive again. 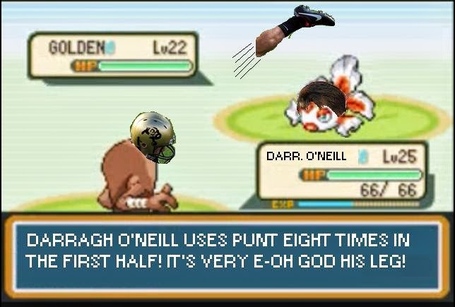 Converted soccer player. Lanky and thin, most likely due to all excess bodyweight evaporating thanks to repeated use. Colorado was fifth in the nation in punting in the bad way last year, courteously handing the ball with the foot 76 times last season. That is a lot. It is not, however, 96 times for an average of eight times a game, but not everyone is as committed to winning as Wake Forest under Jim Grobe is.

Replaceable parts. All parts sever when overstressed, saving the rest of the body from injury.

Irish. Was born in Ireland, but moved to Colorado when he was three, so has the hybrid superpowers of EMOTIONAL CRIPPLEDOM and TEVAS

Popularity. His dad owns a bar in Boulder. 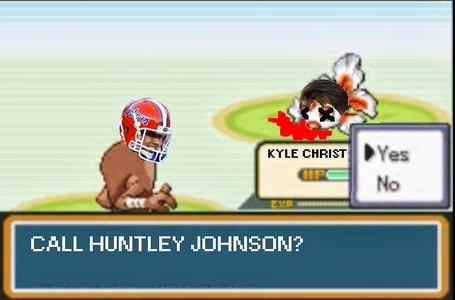 Kyle Christy and no one else on the Florida Gators can comment on bodies of any sort due to the advice of their attorney. (P.S. Kyle Christy hasn't done any of that shit. But we are saying that a random Florida football player is more likely to wake up near a body than almost any other college football player in the nation based strictly on their location even without taking any program-specific concerns into consideration.)

Limber. Flexibility is a superpower for Pokemon, which is a pretty shitty superpower, Japan.

Huntley Johnson. A protection superpower available to all Florida types until graduation, but not after. COUGH COUGH AARON HERNANDEZ COUGH---

Inability to talk Will Muschamp into the all-punt offense.