CONNECT THE PAW PRINTS. FOLLOW THE DOG BONES. SEE THE GLORY OF THIS ROYAL SCAM.

WHAT IF WE TOLD YOU....that a Clemson fan was the one who attacked Howard's Rock? That makes no sense, right? That a Clemson fan would attack the very symbol of Clemson's football identity, and strike a blow at the heart of his own team's consciousness before yet another pivotal season in Clemson's long return to greatness?

AND FURTHERMORE...what if we told you that hundreds more like him could be scattered throughout the warp and woof of South Carolinian society? Sleeper cells, born into orange and white, and yet beneath their skin bleeding garnet and black, sleeping beneath the very roofs of Tiger households? Trained from birth and brainwashed to pass as Tiger fans until the moment a special signal reached their brain, turning them into rampaging vandals bent on defacing all that is holy and sacred to Clemsonhood, and CLEMBARASSING the Tiger faithful in the eye of the universe?

AND WHAT IF WE KEPT GOING...and said that in return, there must also be an entire series of Fanchurian Candidates on the other side, trained and raised to stand at the theme from 2001, but secretly plotting damage, chaos, and possibly illicit recruiting contact all in the name of sabotaging South Carolina's climb to power? That if one hammer waits to fall on Howard's Rock, then surely a sword hangs over Spurrier's Cock?*

THE END BEING....a state so divided that all resources would be wasted in a long, obsessive war against the other? With no one benefitting, and recruits fleeing the terror of a concentrated and protracted Gamecock/Clemson war without a single tweet, instagram, or recruiting call being made to anyone else in the name of recruiting?

Who would benefit from such a plot, and from the Palmetto State tearing itself to pieces while outsiders plunder its treasures? Who would prosper from an irreparably divided South Carolina, torn apart by the fear one man with a hammer could render? 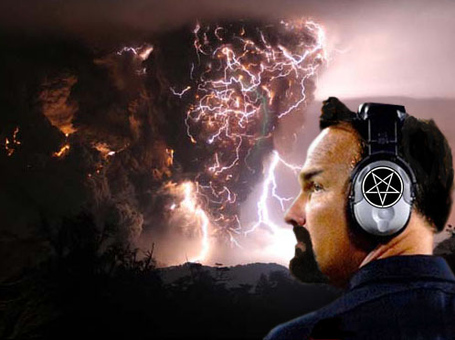 THE DON, THAT'S WHO.

You don't survive a decade in the SEC puppet show without learning to pull a few strings, sheeple.