YOU SHOULD NOT LEND THE NCAA MONEY

Share All sharing options for: YOU SHOULD NOT LEND THE NCAA MONEY

Hey. Buddy. We need to talk.

Listen, things are gonna be tight this month. I know, I know, I know what you're thinking: he's gonna be late on the rent. And that's not what I came here to say. I wanted you to know a few things I've been meaning to say. First, that you're a great friend, and you should know that. Second, that I respect you, and value your opinion of me. I don't say that to everyone. You should know that.

I'm gonna be a little late on the rent this month.

Some things came up. BIG things. And we're gonna have to write some checks.

Now, we're a small non-profit. You know that. We don't have the resources big companies or universities have. We only have 58 Subchairperson Vice Chancellors for Sportive Enthusing. We don't use hologram Tupac to jazz up our presentations. We barely have the money for hologram Heavy D! I have nothing but love for him--there you go, who's my smilin' roomie there, heyy!!!! [tickles roommate with outstretched index fingers]--

But that's not the point.

And that check from CBS....there's something with the bank. Some bullshit about holding half of it until the end of the week. I know, right? Total bullshit.

And after they keep that, we've got like, I dunno, barely a half billion dollars to last until the end of the year, and I'm gonna have to start paying some of the volunteers we help. I know! Who pays volunteers! It's like they don't even know how much we do for them. Making PDFs doesn't happen by itself, but try explaining that to these damned millennials.

Now, stop. STOP. Look, you owe me. Remember that time I gave you a tracheotomy with a pen? No, I don't see how it's relevant that you were just laughing really hard and not choking. I was just doing what I do: cheerleading. For your trachea. For you.

In the meantime, we're diversifying. 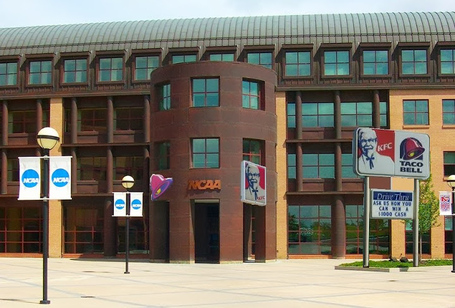 I swear. I'll get you the money as soon as I can. In the meantime, you can eat here for free. Just tell 'em you know me. Don't get anything with refried beans on it. Food costs were killing us, and roofing spackle from a guac gun is a damn canny ringer for expensive, margin-killing frijoles.

I'll also barter you 800 copies of the D-3 code of enforcement and this pillowcase full of CinnaTwists for rent. Keep yourself warm all winter without turning on your heat by burning them! The codes, we mean, not the CinnaTwists. They're explosive, and go off randomly near even the slightest open flame.

Don't tell anyone that. We've been in court enough lately.

I'm just going to leave these field passes to the Beef 'O' Brady's Bowl right here. Mostly because they're staining the hell out of these slacks. Making tickets out of buffalo sauce seemed so brilliant in the meeting.