LANE KIFFIN AND HIS MAGICAL WINDOWLESS RECRUITING VAN. Just get in, kid. No, it's not a real offer. No offer to an eighth grader ever is, but if you can talk them into love, the Children's Crusade, and buying Audioslave albums throughout history, well shit you can probably make them think they've got a scholarship. June is the worst month ever, and consists of nothing but Bob Stoops bitching about things and Lane Kiffin "offering" toddlers scholarships.

RE: BOB STOOPS. Matt Hayes gets Bob complaining about former players complaining, and then the usual wondering about when Bob will become Oklahoma's all-time wins leader. (Presumably against Baylor this year, but that's not exactly a guaranteed win anymore AMIRITE SIC 'EM.) 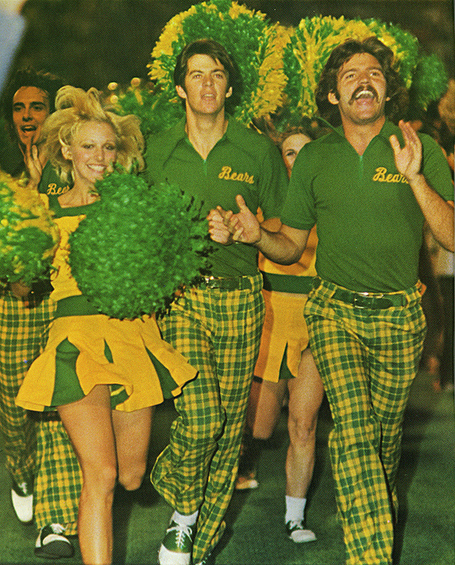 RE: WEIRD THINGS IN OHIO. Mark Stoops is recruiting....well....at....Kentucky? And doing it out of Ohio? And this is all part of some multi-level marketing scheme that will end up with someone in jail, and several others hundreds of millions of dollars in debt? That sounds insane, but consider that Bobby Petrino basically did this with Louisville already, and if you don't believe us ask John L. Smith and all those underwater exurban subdivisions he used to own.

RE: NOOOOOOOOO. Damn you, Boston College, for being part of the problem and not the solution.

ETC: PLEASE STAND FOR THE NATIONAL PANTHEM. The PlayStation 4 thread on Polygon is hilarity.