SO YOU WANT TO START A RIVALRY GAME

Share All sharing options for: SO YOU WANT TO START A RIVALRY GAME

Much of the attention regarding the newly announced permanent rivalry games by the SEC will be given to the Texas A&M/South Carlona match-up due to the recent, and likely future, success of the programs involved. This is certainly deserved because there is something fantastical about the thought of a raw meat-toting Johnny Manziel dancing precariously close to the Jadeveon Clowney cage for four quarters (I know they'll both likely be gone by the time these games come to pass, but seriously, garner that mental image for just a second...yeah, harrowing, isn't it?)

But for a rivalry game, matching up South Carolina and Texas A&M doesn't provide that geographical hatin' that we in the SEC enjoy the most.

That's what Mizzou/Arkansas is for.

Don't you discount the Bible-beating Ozark hillbilly hate for even a second. It's real, and it's raw, and there is a good chance that at least one one meth lab, and possibly a Christian Bookstore, is getting burned to the ground as part of the collateral damage. But as with any true rivalry game, proximity is just part of the overall rivalry game presentation. There are certain nuances and considerations that must be attended to in order to make the game all it could be.

There are two schools of thought on this. You can go home and home every year, like, say, Ohio State and Michigan. There are few things more gratifying in the college football world than going into your hated rival's house and winning, with the added bonus of watching the opposing fans spill out of the stadium en masse. You can also go neutral site, like OU and Texas. (Added bonus: if there is a state fair outside the stadium selling copious amounts of fried things on and off of a stick.)

In the Mizzou/Arkansas case, it has to be a neutral site game. Just too many attractive options not to, including:

Every good rivalry game has a nickname. Some are geographically catchy (The Red River Rivalry, The Bayou Classic, The Backyard Brawl), others are named for the trophy (The Battle for the Golden Boot, The Egg Bowl, Battle for the Victory Bell), and some are just awesome (The Iron Bowl, The Holy War, Bedlam, Clean Old-Fashioned Hate). Mizzou/Arkansas has plenty of options:

Every good rivalry game needs something to play for. A keg of nails, an axe, the remaining buyout of Houston Nutt. Something. This Mizzou/Arkansas game is no different. 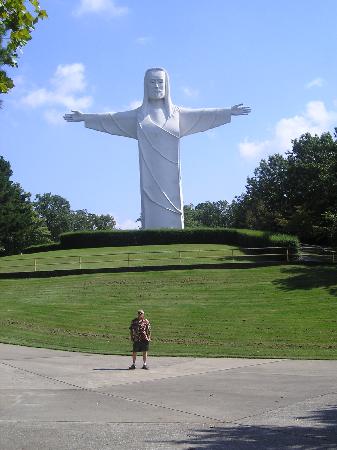 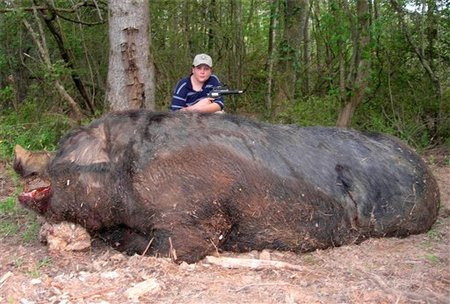 To the outsider, such suggestion of these may be called ridiculous, foolish, outlandish even...but just give it a few years, and the full marketing weight of the SEC and ESPN family of networks, and we'll all just call it tradition.