THE SUMMER IS OFFICIALLY HERE

Share All sharing options for: THE SUMMER IS OFFICIALLY HERE

This summer is going to be the hottest on record. What record you ask?

Well only the hottest summer record out there...A record full of smoldering vocals and heated beats that is sure to be the soundtrack to your summer. But who, you may ask, would be so bold to put such a summer spread together...an audio offensive so explosive that it will crash your pools, storm your beaches, float your party boats all summer long? Easy...its only the hypest summer crew this side of a closeout sale at a Tommy Bahama outlet store....individually they are MC Magic Mulls, UrbZ, and Jacksonville area house music legend, DJ Double Fist...but collectively, they are known as the worldwide sensation here to turn your summer into a non-stop beat bumping bash....It's the Summa Tyme Boyz. 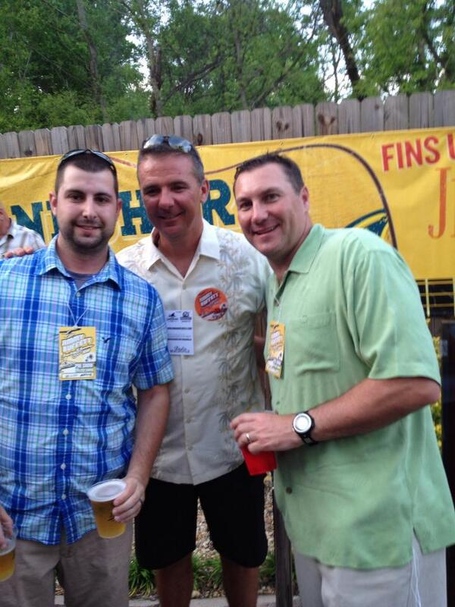 The Summa Tyme Boyz have been in the studio all winter long putting together the most epic album of summer hits. Their self titled first album drops Memorial Day Weekend, but we're leaking the track list here first, so pop the top on a cold one, sit back in your favorite beach chair, deny illegal contact with a recruit, and turn up the stereo, cuz the Summa Tyme Boyz are here:

Mark Richt Has Lost Control of This Party

Fell Asleep in the Sun (Now I'm a Medical Redshirt)

Half Drunk and Happy With My Current Job, Thank You For Your Inquiry Tennessee

You Make My Heart Race*

Spread the Defense (and your legs, girl)

Back Tats and Backwards Hats (An Ohio/Florida Anthem)

[Pic via Busted Coverage via ]