A GUEST POST ON THE FINE ART OF THE SQUARED CIRCLE

In honor of Wrestlemania's approach, rasslin' writer Thomas Holzerman offers his defense of America's finest staged sport. LISTEN UP, BROTHER. You may read him here or follow him on Twitter.

Why do I watch wrestling? This was a question that I was asked during one of my Twitter Q and A sessions that I do every week. It was admittedly a glib, offhand troll question, one the asker didn’t think I’d answer.

As an aficionado of trolling, I took it in stride and was going to answer in the same, glib, offhand manner in which I was asked. However, I thought about it. If you can’t explain why you like something, then should you really like it? That’s a loaded question. Sometimes, we don’t know why we like certain things, but our passions, those aren’t things that we take seriously on some level.

Me, well, I write, edit, and curate one blog about wrestling and contribute to two others. I watch at least seven hours of televised wrestling a week, not counting the DVDs, pay-per-views, videos on demand, and straggling YouTube matches among my wrestling consumption. I read several intelligent writers on the subject. Yes, they exist. So of course, if there was a subject that I should be able to write about why I was a fan, it would be professional wrestling.

But wrestling is such a niche, low-class subject in the minds of a lot of people. RAW is lucky to get 5 million viewers Stateside a week. Given that it’s the flagship show of the biggest wrestling company in the United States, it’s safe to assume that’s the ceiling of people who may consider themselves wrestling fans right now. That’s a shade under two percent of the people in the country. I’m in a minority, and not just any minority. It almost feels like an oppressive psychological frontal assault if I even think about mentioning wrestling in some crowds. It’s considered to be the basest of the forms of sport or entertainment.

Even Glenn Beck, a Republican pundit so vile in tactic that he’s been disowned by more than a few fellow conservatives, refused WWE’s invitation to come on the show to give forum to his own criticisms of the new parody character of the Tea Party movement, saying he’d rather be doing anything else. Beck, a man who sheds crocodile tears over partisan nonsense, sneers at professional wrestling. I don’t respect Beck intellectually at all, so it really doesn’t hurt that he thinks the thing I love is not worth his time. I’m just pointing out that even among the hucksters, the intellectually dishonest contrarians consider themselves superior to Vincent Kennedy McMahon.

But wrestling isn’t just domain of WWE. It’s a large part of it though, and the sleazy business decisions, questionable characters, and the way that WWE wears its misogyny, homophobia, and racism on its sleeve sometimes doesn’t help the perception of wrestling at all. 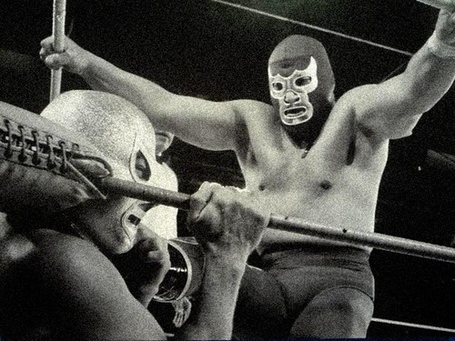 Then again, there’s one four letter word that really drives home why wrestling is probably sneered upon – fake. Wrestling is fake, haven’t you heard? It’s used by fans of mixed martial arts who explain why they watch UFC instead of WWE. It’s used by outsiders who try to find moral superiority over fans. It’s even used by hateful columnists within the wrestling journalism world (and in Mark Madden’s case, I used the word "journalism" in the loosest way possible) to show how self-loathing he is as someone who deigns himself to write about this thing that isn’t quite a sport but is still too visceral to be considered entertainment.

So, how can I watch something that’s fake? Well, that’s the problem. Wrestling is not fake at all. It’s staged, yes. The outcomes are predetermined. It’s scripted, sure. The wrestlers, unless they’re cerebral self-starters like CM Punk or insanely charismatic catchphrase fountains like The Rock, don’t speak their own words.

But that doesn’t mean the show is fake, not by a longshot. Wrestling is real, not because it’s a "real fight." Wrestling is real because among the fans, the true believers if you will, it elicits a real response, a visceral, passionate, reaction that causes us to cheer until our voices are hoarse at our heroes and boo like Philadelphia Eagles fans at a long touchdown run by the Dallas Cowboys at the villains. (NOTE: as an Eagles fan as well, I feel like I’m qualified to make that statement.)

The fallback response to people who levy the "fake" claim is to let them know that the stuff they like, whether it be scripted dramas, sitcoms, movies, theater, or the worst offender of them all, "reality" television, is also staged and predetermined. To me, that feels like a straw man. It’s true, obviously, but it feels like a diversion. This is a referendum on wrestling, right? So what is it about wrestling that makes it real? Why do people sit in high school gyms and tearfully call out to their heroes of old, claiming how it’s always been genuine to them?

Basically, wrestling is a combination of everything that appeals to the human psyche. Our base hormonal instincts allow us to appreciate the feigned violence. At its most basic level, good and evil are distilled into their purest forms and put on display, but that’s only at its most basic level. There’s a knob on the side that allows for the white and black to mix into wonderful shades of gray.

When they’re mixed together with deftness and care, you get something like Chikara or even something like what WWE did during the Attitude Era. When not done well, you get John Cena and Rock taking turns tossing gay slurs at each other. But the point is that it can be as much of a morality play as any movie or TV show can be. Comedy is heaped on at different points of the show, whether it comes in the form of Santino Marella clobbering you over the head with exaggerated motions and movements or a tandem like Colt Cabana and Mike Quackenbush, who embed subtlety within their mat wrestling. There’s value in the no-frills, stone cold killer and the gaudy, colorful peacock.

In theory, wrestling is the ultimate blank canvas, and it can be anything to anyone and still be tremendous.

This plea is not meant to be a recruiting pitch at all. I’m not one of the ratings-obsessed fans who want segments on RAW that will only increase viewership. I couldn’t care less if what I like was popular. But as is my most fatal flaw, I do care to some extent what my peers think about me. While I don’t think those who didn’t understand why I watch wrestling will now sit beside me on Mondays, Thursdays, Fridays, and Sundays, I do hope at least that their lack of understanding is rectified. Wrestling isn’t lowbrow. WWE might be sometimes – okay a lot of the time – but there’s nothing in the art of wrestling that suggests it has to be the bottom of the barrel. That’s been my aim ever since I decided to put font to bandwidth as a writer.

Just as I’d expect any writer here to explain why they love the sport they cover if asked, that is my answer to a glib, offhand, troll question that really only seems to be asked of a fan of such an art form that is professional wrestling. If you love something, you should be able to explain why, right? Well, I love professional wrestling. I don’t apologize for it. I don’t think should have to. 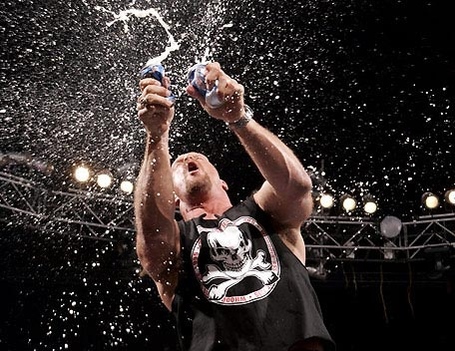