In honor of Football Manager 1888

EA Sports is proud to announce the release of NCAA FOOTBALL: '31, the only game that lets you experience precisely what the greatest American game was like in the golden age of American football.

Presented in glorious sepia-toned graphics, NCAA FOOTBALL '31 does more than just provide a unique twist on the wildly popular EA Sports' NCAA franchise. The game immerses the player in 1931, a time of great change and difficulty in America, and a time when America turned its eyes towards college football not just for diversion, but for hope. 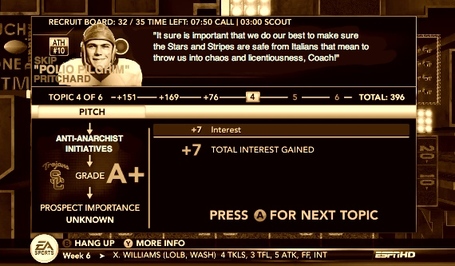 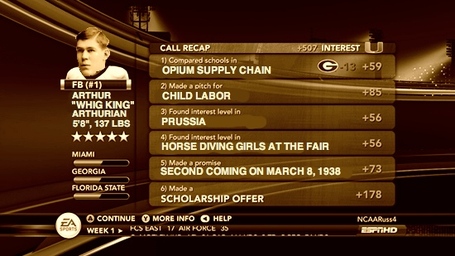