AS USUAL, LINEMEN LEAD THE WAY

Share All sharing options for: LET'S FOCUS ON OUR FINEST AMERICANS: LINEMEN

"Being gay won’t do nothing for you," Turner said. "If I knew I was lining up in front of somebody that was gay, I’m going to pancake him and sit on him just like I would on anybody else."

We know LSU's Alfred Blue says some very stupid things about the possibility of having a gay teammate in that article. He is young, and probably hasn't learned a lot of the hard lessons of adulthood: about understanding differences, and that gas station coffee, while often bad, is sometimes entirely necessary. Someone at LSU will have a discussion about this, perhaps even Les Miles.

(You want a recording of Les Miles discussing the mechanics of homosexuality. You NEED this conversation more than you have ever needed anything in your life.)

Instead of focusing on the negative, please take the example of Trai Turner, again proving why offensive linemen are our greatest American. You can be gay. You can be straight. You can be white, you can be black, you could be any ethnicity. You could be short, fat, tall, thin, handicapped, fully abled, gluten-intolerant, vegan, Republican, Democrat, libertarian, plushy, what have you.

Whoever you are doesn't matter: you will be pancaked, and then you will be sat on just like the rest. Being an offensive lineman is an ethos of liberty, hard work, and freedom, dammit. Cue the swelling Lee Greenwood music: enter UGA's own Watts Dantzler threatening tornadoes with a shotgun. Linemen, our finest humans: blocking the way to equality for the rest of us, and then waiting for us to hit the hole and get upfield.

They will get no credit, of course. Then, they will sit on you. 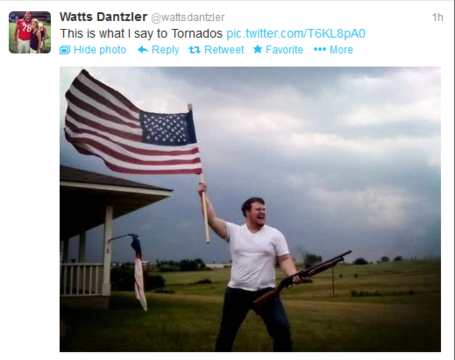