JEVAN SNEAD AND ZAC ROBINSON MAKE ME WANT TO DRINK

Pat Summerall is being celebrated today, as he should be, as the voice of an entire football generation. His weathered sound and matter-of-fact delivery became synonymous with NFL football over a 50 some-odd year broadcasting career. The man brought Super Bowls to the television masses, he narrated Masters for vast viewing audiences, and was the vocal backdrop to any number of US Tennis Opens. Let us remember those monuments to a historic career and look upon them fondly. Let's focus on the sterling achievements of a man that was truly revealed in the sporting world.

Let us not even bring up how it all ended for Pat Summerall.

For many legends of sport, the final act of a career is not the most memorable of times. Jordan had the Wizards. Willie Mays, the Mets. Joe Namath, the Rams. And Pat Summerall had the 2010 AT&T Cotton Bowl Classic.

The Cotton Bowl that year pitted the Oklahoma State Cowboys against the Ole Miss Rebels. I only know this because I was at the game. History and associated reference materials, however, will claim that this abomination of a football contest never even existed. Search for the full game on YouTube and all you'll find is a highlight clip, a couple of still photo compilations, but mostly videos of the 2011 game between LSU and Texas A&M trying to pass it off as the 2010 game instead. Go to the official Cotton Bowl Classic website and head on over to the video section where you'll find videos of the full broadcasts of the last several contests...except 2010. There isn't one video of that game anywhere on the Cotton Bowl website. They want you to forget that it ever happened...and that's probably the best thing for all involved, including Pat Summerall.

I finally broke down and bought the game on iTunes (paying to see that game twice should probably be an arrestable offense), just so I could relive how truly awful it was. It was awful. It was Houston Nutt-having-a-prominent-role-in-playcalling awful. It was 8 interceptions, 3 fumbles, and a near decapitation of Jevan Snead awful. It was I'm-willing-to-pay-$15-for-beers-in-Jerry-World-to-numb-the-pain awful. It was fucking awful.

And yet, there's Summerall, in the twilight of his life and career, calling that thing with all of the class and professionalism that it at no point whatsoever deserved. He wasn't flashy or verbose. He just called the action, presumably because saying "HOLY FUCKING SHIT ARE YOU SERIOUS WITH THIS BULLSHIT OUT HERE!!!???" is probably frowned upon by network types. The 2010 Cotton Bowl gave him chicken shit and he made, well, chicken shit, but with a rich demi-glace and a lovely garnish on the side. Presentation is half, after all.

For example, the following are actual real life things that happened in what they tried to pass off as the 2010 Cotton Bowl Classic, followed by Pat Summerall's actual call. 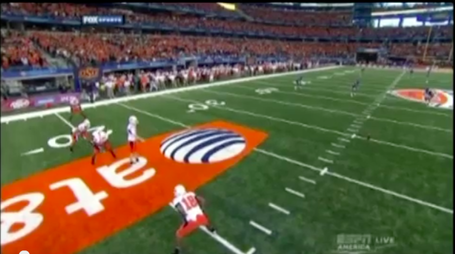 Pat Summerall's call: "Oklahoma State will kick off. Wind won't be a factor. The temperature is perfect. Everything is perfect in this place." 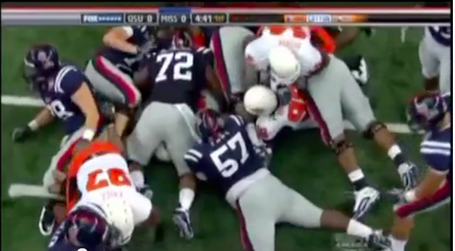 First potential scoring drive of the afternoon. Houston Nutt, with Dexter McCluster in the backfield, calls two straight running plays on 3rd and 4th down for his defensive tackle, Jerrell Powe. How this man is still unemployed...

Pat Summerall's call: "He did not get it." 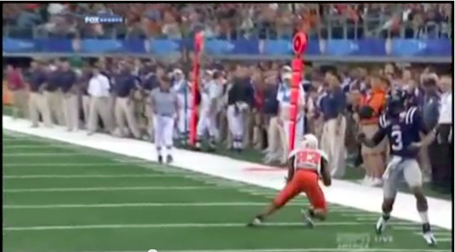 Pat Summerall's call: "Jevan Snead under center. Back to throw.....(Silence)" 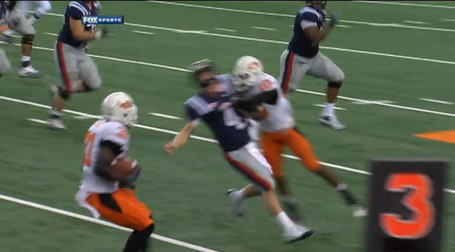 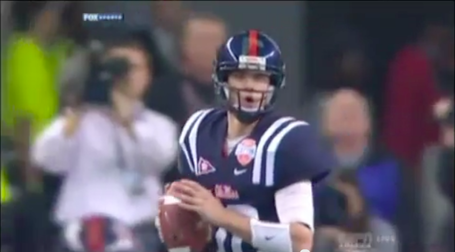 Pat Summerall's call: "The freshman quarterback, looking for a place to go...the pass is picked off." 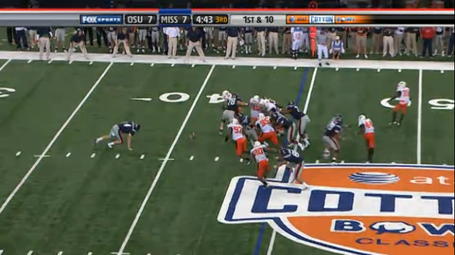 Jevan Snead fumbles, because, sure. 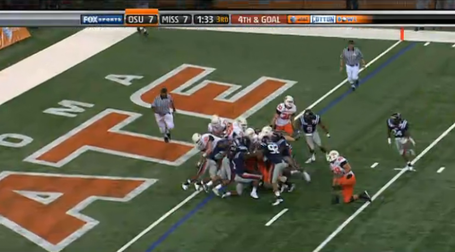 Oklahoma State (OKLAHOMA STATE!) lined up under center on 3 straight plays at the 1 yard line. 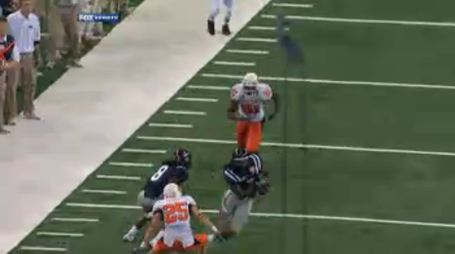 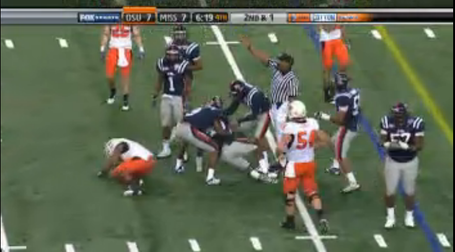 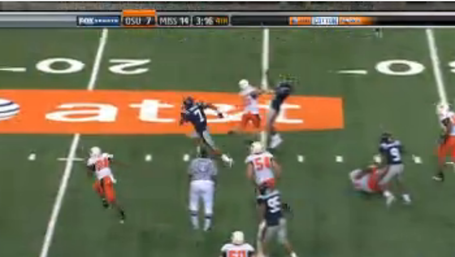 Pat Summerall's call: "And a fumble...its picked up by Ole Miss. Trahan picked up the fumble and scored." 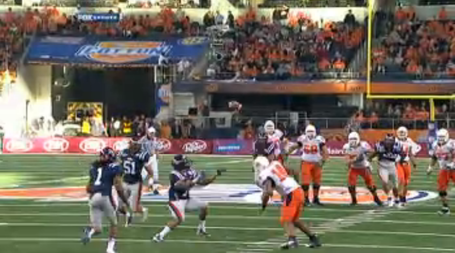 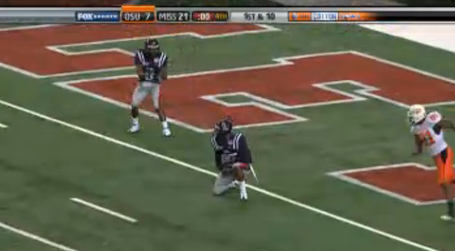 And the final play of the game.

Pat Summerall's final call: "Here's Robinson back to throw...endzone. Intercepted on the last play of the game."

Pat Summerall, a true professional, whose last call as a legendary broadcaster was a Zac Robinson desperation heave in the 2010 Cotton Bowl Classic. A fact that should warrant both Oklahoma State and Ole Miss making another trip to Dallas for Pat's funeral just to ask the family for forgiveness. Don't forget to bring flowers, Houston.