Share All sharing options for: EDSBS'S 100% ACCURATE SIGNING DAY PREDICTIONS WE HEARD FROM A RELIABLE SOURCE

With signing day but mere hours away at this point, it's time to make predictions and throw out wild speculation based on "inside sources" and inappropriate text messages we may have sent to recruits late at night, all in the name of page views and Twitter direct links. Our sources are impeccable, but should some of these predictions not come to fruition, remember, we take no personal responsibility for putting any of this out there and lay all blame and consequence squarely at the feet of those impeccable sources that shall not be named. This is normally the type of premium information and analysis that other sites would charge for you, but we are tearing down the paywall here at EDSBS to give you only the hottest recruiting rumors and predictions leading up to Signing Day tomorrow.

1. Reuben Foster will flip his commitment 12 more times between now and tomorrow. He will end up with tattoos of all the original member of the SEC and thus be forced to sign with Sewanee, as it was the only tattoo to remain legible throughout the entire process.

2. Robert Nkemdiche will wear a Clemson jersey to his signing. He will still sign with Ole Miss.

3. 5 star Pitt commit Dorian Johnson will attempt to bring a live panther to his signing day press conference. 8 bystanders will be mauled. Johnson will change his commitment to the more domesticated UConn Huskies. 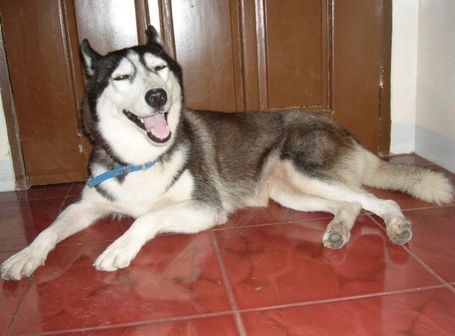 4. Top D-line recruit A'Shawn Robinson will sign with Alabama over Texas after Mack Brown refuses to recruit him as anything but a defensive back.

5. 5 star linebacker Matthew Thomas will forego the typical press conference hat dance for an actual dance contest between possible suitors. Miami wins thanks to the participation of certain associates of Luther Campbell.

6. Les Miles will explain to at least one recruit that a greyshirt is just a special kind of grey t-shirt that makes you invisible for a year.

7. Urban Meyer will achieve the top recruiting class in the nation and then immediately begin photoshopping himself into family vacation photos from the previous year.

8. At some point during the ESPN Signing Day Telecast the words "And now lets go to special ESPN recruiting corespondent Trooper Taylor for his reaction..."

9. The NCAA will open an investigation into Baylor's dealing with mega-church-pastor-turned-football-recruiting-spiritual-advisor Joel Osteen, who seems to have taken over the position from Willie Lyles. Osteen and Baylor will avoid penalty by siting a little known NCAA loophole referencing the prosperity gospel.

8. Federal authorities will make several arrests after executing a sting operation which involved inviting several recruiting web site administrators to a signing day announcement for a fictitious Big East recruit. All will be found guilty of child pornography charges when the judge rules that "no one would legitimately follow Big East recruiting on its own merits."

"You say you are here to see the Big East, but what's with the Boone's Farm and condoms, sir?"

9. Rising defensive end Chris Jones will disappear for three days, only to be found buried alive in Dan Mullen's back yard. He'll still commit to Mississippi State out of a sense of obligation.

10. Hugh Freeze will pass a collection plate at the official Ole Miss Signing Day party. No one will ask any questions.

11. Brent Musberger will make an off-handed comment about the Fax Cam girl. She'll be an international celebrity by Thursday. 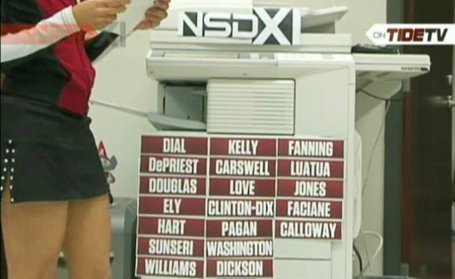 "I'd like to give her a solid verbal commitment!" - Brent Musberger, probably

12. Houston Nutt will announce that he has signed Floyd Raven's mother and a ham sandwich from Hargrave Military Academy.