RECRUITING IN THE SEC IS HARD, BRO

Share All sharing options for: RECRUITING IN THE SEC IS HARD, BRO

Biels got this new place. Fixer upper. I mean he thought he was a fixer-upper but realtors can be on some bullllllshit. The kitchen? Painted over grease fire on three walls. Roof that needed some work? Eight pieces of plywood stapled to the frame with some shingles thrown over it. They photoshopped the cars right out of the yard. All eight of 'em.

You buy a house on foreclosure in Arkansas from a bankrupt senior citizen and you take your chances. That's a given, bro. But man, this: 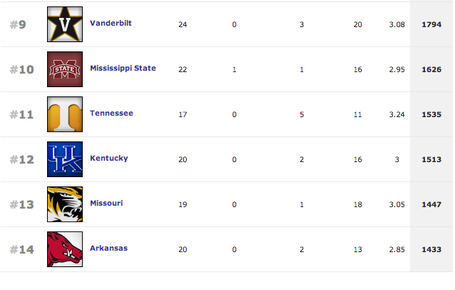 It's gonna be so long before Biels can even move in the good beanbags to his new Ozark Brew Bunker, much less put in the kegerator. Just kidding, the kegerator went in last week. Biels isn't gonna need air-conditioning, is he? Moving's got him a little low on scratch, and as you can see from the sexy photo he's a believer in natural methods of dealing with the heat.