Cam Cameron will be paid $3.4 million over three years as the new offensive coordinator at LSU.

That is an obscene number by any standards for an assistant unless we're talking about Clemson, but even then they're competitive. You might be asking the kinds of questions moral, sensible people would be asking about such money: should we be paying people that much to coach football, especially the former head coach at Indiana? And is it even ethical to do so?

Our first thought: would that be enough to get Cam Cameron, who doesn't run a full football team as his full-time job, a healthy living standard as a Golden Triangle/Bolivian Coke Belt drug baron? For academic purposes we will assume the cash is taken in a lump sum to "do something else," and is smuggled out tax free in the intestines of an exotic animal.

Don Cameron can't get started without a swanky base of operations, or at the very least a solid base camp on which to host dignitaries, land helicopters, and hoard liquor, cigarettes and loose women. For that you're gonna want to be in Laos, the sleepy heroin-oozing backwater happy to cling to Communism as a thin veil for kleptocracy as long as you pay into the Commisar's kitty.

You'll do that by paying seven percent of whatever you're doing upfront. It was nice knowing you, $238,000, but seven percent isn't really that bad, and unlike Thailand you won't have to worry about "laws" or "paying the the other gang, you know, the ones called the police."

After the local asshole-in-charge has received his cognac and karaoke budget for the decade, you may proceed buying your compound. Let's just put you on this piece of land "near the caves" in Vang Vieng, along the only highway in Laos and convenient to both the capital and the hill country to the north. At 50 bucks a square meter, that's about $230K.

Let's really, really splurge on that house, and say it costs $500K with pool, security systems, generators, helipad, and a bangin' karaoke lounge out back. Maybe a tiger-striped brothel (It wouldn't be the first.) Before we've even gotten off the ground, you're looking at a rough sum of a million out the door, give or take whatever isn't randomly seized by Lao officials.

The house, however, is just a start.

YOU'RE GONNA NEED A PLANE

A baron needs a baronial sky chariot, so you will need to throw down some cash on a plane, both for moving your product and for the possible flight from the country once the Chinese decide you're moving a bit too much black tar happy paste into their basement. The Chinese will decide this at one point. You're gonna need a damn plane.

Everything you know about aviation likely comes from Launchpad McQuack, and that's why you'd die within seconds of purchasing a plane. However, Don Cam ain't gonna take that chance. The last thing you want to skimp on is a helicopter, but the second-to-last thing you want to avoid being cheap about is commercial aircraft. In this corner of the world, you're gonna drop around $200K on a plane without holes in too many parts. You'll also need to pay a pilot if you don't want to die on landing, and a mechanic if you don't want to die shortly after takeoff.

Aviation all told will run you somewhere around $400K at least, and that's before you have to replace the engine that falls off somewhere over the Mekong one sad night.

A really tough, really expensive car that simultaneously announces "I'm wealthy" and "I'm a total asshole" at the same time, and is capable of carrying you and four terrible flunkies into town for groceries/shakedowns/ 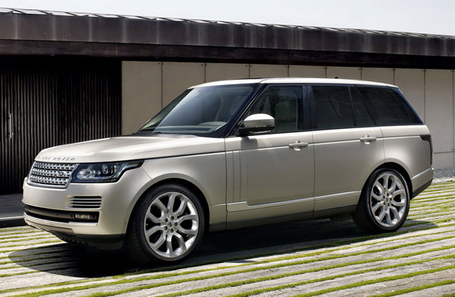 Range Rover it is. Additionally, you have purchased a used Lamborghini because you are an idiot and several local SUVs because henchmen need wheels, too. Call land transport and gas for a while at somewhere around $250K.

This is a bit mysterious, since there's no real formal wage scale available for "henchpeople." However, crime pays, so if we have a core staff of twenty henchpersons (please, gender-neutral terminology only) making twice the average GDP per capital, then we'll have a payroll of around $120K. Add in the food and beverage (top shelf, of course) and call it $150K, because any third-world heroin baron knows henchpeople empty the wallet through your refrigerator and bar first.

Oh, so cheap it's frightening. $50K would buy you an obscenity of an armory to get started.

Throw in a few odds and ends you might have forgotten, and the total startup in terms of boots on the ground? Around $2 million, leaving a raw $1.4 million as startup capital.

But the point remains: Cam could at least get a good running start, and ostensibly so could John Chavis, Chad Morris, or any other assistant with a three year contract totaling three million or so in total value. They've always had the same life expectancy, but now college football coordinators do, in theory, make low-level start-up drug baron money.

P.S. Give him five years and Nick Saban would have the Golden Triangle under his thumb, and be expanding into the methamphetamine trade aggressively throughout India and Australia.