GET AFTER THAT BABY OR IT'S GONNA GET AFTER YOU

Share All sharing options for: JIM HARBAUGH'S GUIDE TO PARENTING

THREE POINTS OF CONTACT. Can't emphasize that enough - three points of contact on that kid at all times or you're gonna get pushed off your line. Now pull that diaper up strong. WHAP WHAP WHAP. Right out of the bag, like starting a lawnmower. WHAP.

Let's talk about the drop on the wipe. I want to hear it snap. BOOM. Like that, do that again. BOOM. BOOM.

Into the hand. Gotta be firm and let the baby know you're there. You gotta read what the baby's throwing at you, too. Newborns gonna be simple after the space poop, but once solid food hits you gotta pattern read or you're gonna get into trouble fast. You know. Once the pocket breaks down and you gotta start scrambling.

DIAPER GENIE. Unnecessary. Throw diapers in the woods. They help trees grow. Everyone in Kentucky does it. Just look at the trees they've got. Don't spend a while at WKU without learning something, right? Put a sack of diapers in an Indian burial ground. Wait a month. Two months maybe. Come back and HUGE Diaper Golem. Never seen a fullback block so hard. Owen Marecic's a Diaper Golem. He's proud of that and should be. 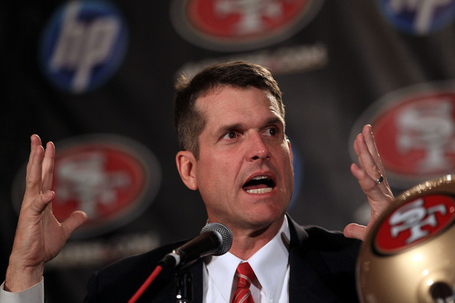 Stare at the baby. INTENSITY. INTENSITY, BABY. LOOK AT ME. DON'T PRETEND YOU CAN'T FOCUS. You gotta let 'em know they're part of the team. I stared at Alex Smith for twenty minutes straight once and then he BECAME A SORT OF COMPETENT NFL QUARTERBACK DESPITE BABY HANDS.

That baby should be born on Monday and reading by Thursday. If he's not, tell him to hit the road. You don't want to be the best damn baby on this roster, I don't want you here. APPLE. SAY IT. IT'S TWO SYLLABLES AND YOU DIDN'T EVEN PICK UP THE CORNER BLITZ. 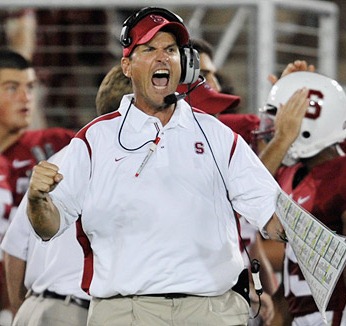 Baby food is bullshit. You feed that child beef. Whole chunked beef. You say it can't work. I took the Colts to the playoffs with a chaise lounge at wide receiver. I got Stanford into the top five. THAT CHILD IS EATING BEEF. HE WANTS TO EAT THE BEEF. SANDLOT. "My baby doesn't have teeth." No, your offense doesn't have teeth, and that's why you're here. Milk. Milk's great. Got nothing against it for babies and Mormons.

Pacifiers. They don't prevent concussions but they do make everyone feel better, like football helmets and PSAs where Tom Brady is talking to some lady about her son. Use 'em for psychological edge and put coffee grounds in the bulb to put a little fire in that snoozy baby. Ol' Jack Harbaugh did and look at me. HUGE. 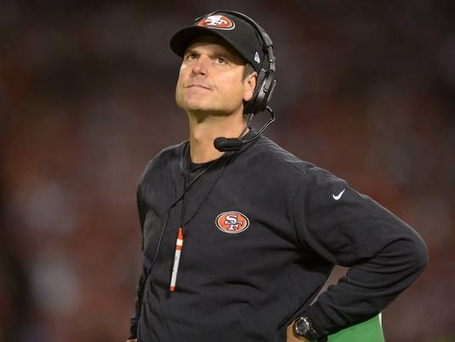 Older siblings. Not going to know how to deal with this baby. Gonna want to take playtimes off, talk trash. Unacceptable. Family only works if everyone sticks to the role. Big sister unhappy with how much you're calling her number? Threaten to trade her ass to that family that doesn't even own a TV.

Dogs. Establish dominance by making the child pee on them. Works a lot of other places. Like at work. Or school. Anywhere. BOOM.

Don't laugh at daddy stumbling in the dark in a jockstrap. IT'S COMFORTABLE. IT'S WHAT I WEAR BECAUSE I DON'T POOP MYSELF. RIGHT, SHITMYDRAWERS? I GOT A CREDIT CARD AND CLEAN UNDERWEAR.

Baby's gonna need attention to develop. Bulletin board material. Learn it. Use it. The neighbor's think you're an average baby. The newspaper didn't mention your birth. Not even a three star Rivals Baby. WHAT ARE YOU GONNA DO ABOUT IT. PETE CARROLL DIDN'T SEND YOU SHIT.

Find a good babysitter. I use Randy Moss. Recommend him. Soft hands. Loves kids. Might take 'em on a boat without telling you, but Randy's gonna be Randy. He's wild and wonderful.