IN WHICH NOTRE DAME ALSO DOES NOT FEATURE

If there is an answer to "how much college football do people think is too much?" it has not yet been discovered by the horse thieves, pro-am golfers, and unlicensed realtors who organize the postseason. Our collective insatiety (and their willingness to capitalize on it) yields one unfortunate byproduct, however: middling bowls, exemplified most perfectly by the 2011 Kraft Fight Hunger Bowl, where Ron Zook's corpse and Rick Neuheisel's estate sale flailed at each other for what felt like days. And the bottom-tier bowls are only growing. Why are we hurtling towards a time when we'll watch 5-7 Iowa State play 4-8 Eastern Michigan and pretend to be happy about it?

Especially when there's another way - the BDS, or Basement Dweller Series. How it works is very simple:

1. The BDS pits the four worst AQ conference teams against each other in a playoff. We don't take teams from the MAC or Sun Belt and so on because if they've got effectively no access to the top of the heap, they benefit by being shielded from the bottom.

2. Selection and seeding are done by a committee (the committee is just Ty Willingham and a See 'n Say), but the committee can only pick teams that finished last in their conference or division.

3. In the semifinals, the losers, not the winners, advance. It'd be dumb if the winners advanced, because they're clearly not the worst team, and we also need to incentivize these teams to play well.

4. The loser of the BDS Championship Game gets a fitting trophy: The Al Grohfa. 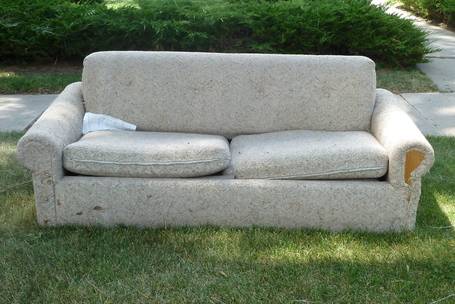 The Al Grohfa has several mystical powers. It cannot be given away, because no charity or poor college kid will take it. It cannot be thrown out, or your municipality will ticket you for improper waste disposal. If you set the Al Grohfa on fire, it only grows in size, making it even harder to maneuver up stairs and around corners.

Also the Al Grohfa has gophers in it.

5. There are no other consequences for "winning" the BDS Championship. No relegation, no loss of scholarships, nothing. Just good old fashioned public shaming.

You would watch this, albeit for all the wrong reasons, and you would use the results in future arguments about relative conference strength. Just to see how it would look, here's who the committee would have to choose from this year:

AAC: Still up in the air, as it depends on the outcome of Memphis/UConn game - if Memphis loses, they're in the pool, but if they win, Temple's at the bottom.

ACC: The Atlantic representative would be 3-9 NC State, while UVA would win the Coastal at 2-10.

Big 12: Kansas walks away undisputed champion here, 3-9 overall and in possession of just one conference win.

Big Ten: Northwestern(!) would be the Legends Division candidate, and Purdue(there is no punctuation that means "duh") comes out of the Leaders.

SEC: Kentucky wins the East, Arkansas wins the West, and neither team has a single conference win this year. Damn, maybe we should do a special conference basement championship game.

That's ten choices for four slots. While there's no way to say for sure who the committee would pick, let's hazard a guess.

1 Seed: Purdue is a pretty easy pick here. The sole Boilermaker victory this year came by six points over a Missouri Valley Conference team that finished 1-11, and eight of their losses were by at least 20 points. (Though they did almost beat Notre Dame, which is hilarious.)

2 Seed: Cal also got its only win against an FCS school and was hammered by nearly every other opponent on the schedule. The only reason they're not getting the top seed? The Bear Raid was at least fun to watch, on occasion.

3 Seed: Kentucky technically has two wins, though clobbering 2013 Miami-Ohio seems like something you shouldn't brag about. Mark Stoops was able to put a scare into South Carolina and Mississippi State, but a goose egg is still a goose egg, and now we'll get a UK-Cal matchup that will lead to the death of puns.

4 Seed: A really difficult choice. UVA had its worst season since 1982, but they did somehow beat a pretty good BYU team. Kansas was visually offensive but managed to get a conference win over West Virginia, and thereby a transitive win over current Big 12 leader Oklahoma State. And Temple and Memphis are Temple and Memphis.

But the BDS is not afraid of controversy, so we're putting a second SEC team in here - Arkansas. Yes, the schedule was brutal, and yes, they won three games, but losing to Rutgers and going winless in the conference for the first time in program history has to count for something, and we're just not ready to say goodbye to Bielema this year.