Share All sharing options for: THE YEAR IN SPIKE FACTOR, 2013

Compiling the data for the Spike Factor this year required a lot of reliving painfully bad games through the cruel brevity of a box score. Watching a team struggling and failing to succeed on offense is at least broken up by interludes - when the other team has the ball, commercial breaks, booth reviews. But the box score is just there, brutal and inarguable. It is the difference between taking a test that you feel like you're failing and getting that test back with an F written in bold red ink.

This test is over, and the full grades are in. This year, the Spike Factor accounted for 221 quarterbacks and over 57,000 plays. Of those, over 23,000 were plays that gained no yardage, and the Spike Factor for our entire data set as a whole was 41.32%. Keep that in mind as we get into the year-end prizes below.

Lastly - if you have questions, comments, or suggestions about the Spike Factor, please, comment away. We want to make this exercise in pointing and laughing at failure as enriching as possible.

For this award (and all others like it), we only considered those quarterbacks who had at least 300 plays this season. Perhaps that is unfair to Mitch Leidner and his 25.45% Spike Factor, but eligibility has to be cut off somewhere, and this seemed as arbitrary a place as any. Here are the least spiky quarterbacks from each AQ conference.

An excellent group of quarterbacks all around. But our one true Santana for 2013 does not come from this list. By the simple numbers, that honor should go to Keenan Reynolds of Navy, with the lowest Spike Factor of any eligible QB at 27.27%. The problem? No team has thrown fewer passes this year than Navy, and Reynolds has 250 rushing attempts to 114 passing attempts.

We don't mind quarterbacks who can do things with their feet, but Carlos Santana is not famous for what he can do with a kick pedal. The Santana Player of the Year, therefore, is awarded to Jordan Lynch - a player who ran plenty, but still threw the ball more, and finished with a Spike Factor of 29.24%.

THIS IS FOR YOU, JORDAN.

Let's take a minute to appreciate the two quarterbacks who finished the year with a Spike Factor of exactly 50%. It's a special feat, knowing that exactly half of the time you created offensive progress, and exactly half of the time you didn't. A 50% Spike Factor, one could argue, means you had precisely zero impact on the outcome. You're Switzerland in quarterback form.

The first of those signal callers is Ronnie Bell, leader of the 0-12 Georgia State Panthers. Given that this was Georgia State's first year in FBS, Bell shouldn't feel too bad. But the second quarterback joining him? Oh, this is almost too perfect. 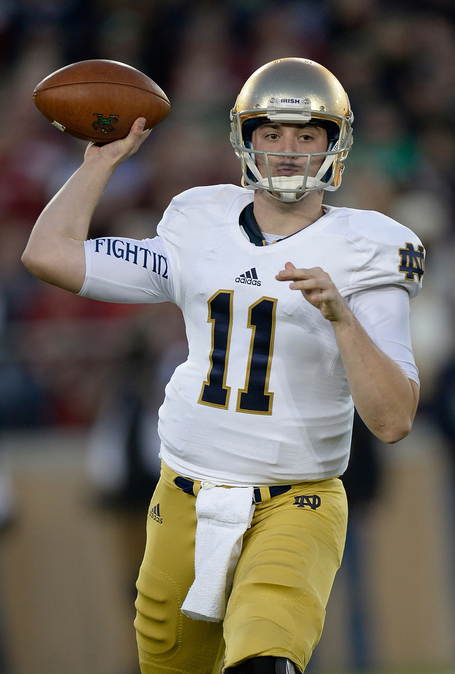 Of course it was you, Tommy Rees. The epitome of a quarterback who's too good to be awful and too awful to be good.

His name doesn't appear elsewhere in this column, but we want to highlight the achievements of one Connor Halliday, who finished the year with 299 plays that gained no positive yardage. 129 of the quarterbacks on our list didn't have that many OVERALL plays. Mike Leach's commitment to watching Halliday throw incompletions and interceptions is either a testament to his willpower or a symptom of early onset dementia.

Just as the Santana All-Stars included lots of quarterbacks you'd probably name if asked to list the best players at the position this year, the Tetanus Spike Team...well, just look at them.

Why Mettenberger? The two worst teams in the league didn't have an eligible quarterback, but, if they did, Brandon Allen (50.53%) would have been narrowly beaten out by Kentucky's Maxwell Smith (50.77%). Is that an excuse to use this picture again? 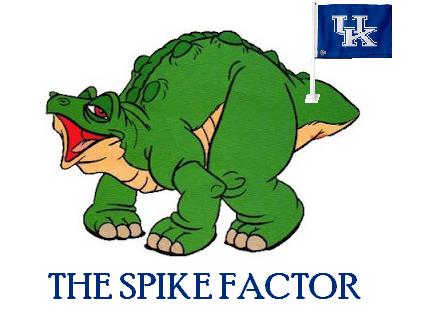 Still, none of these players is the winner of this year's ultimate failure trophy... 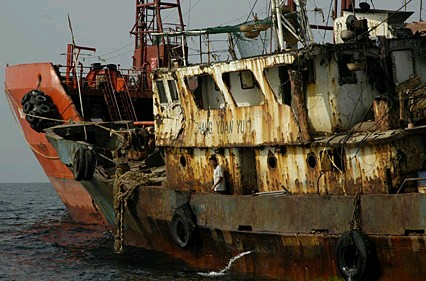 If you had to guess preseason who was going to win this award, who would you have gone with? Jared Goff? Andrew Maxwell? Whoever stayed healthy at UConn? No matter the name, it's unlikely you'd have thought of Nick Mullens, quarterback for the Southern Miss Golden Eagles. Through the first five games, Mullens barely saw the field. But, in week 8, he was thrust into the starting role and began a stunning streak of ineffectiveness, putting up Spike Factors of 50% or higher in that game and his next five.

It all adds up to 307 total plays for Mullens, 169 gaining no yards, and a winning Spike Factor of 55.05%. That's not a number you can put up by yourself. You need the help of poor offensive line play, poor receiver play, and poor coaching. But the real reason Mullens won this award?