A HANDY GUIDE TO THE TEXAS POWER NETWORK

HOW IT ALL WORKS IN AUSTIN, ILLUSTRATED

Share All sharing options for: A HANDY GUIDE TO THE TEXAS POWER NETWORK

You may be wondering just what in the hell is going on in Austin, and you are not alone. To say Texas politics is a savage game is cliché, but to deny the truth in that would be dumber than trying to put shit back in the bull. Will Muschamp would try doing just that, and that's one of a thousand reasons why he's not at Texas coaching football right now. (It's also a reason Will Muschamp is not allowed within fifty feet of livestock by court order. "THEY MESSIN' THE PLACE UP, THO!")

It is a complex, vicious ecosystem, and requires some serious orientation for those unfamiliar with its inner workings, or just where the head coach of the Texas Longhorns sits in all this. Thankfully, we've made you a map to explain just how complex it is, and who the major parties determining the future of Texas football are. (Click to embiggen.) 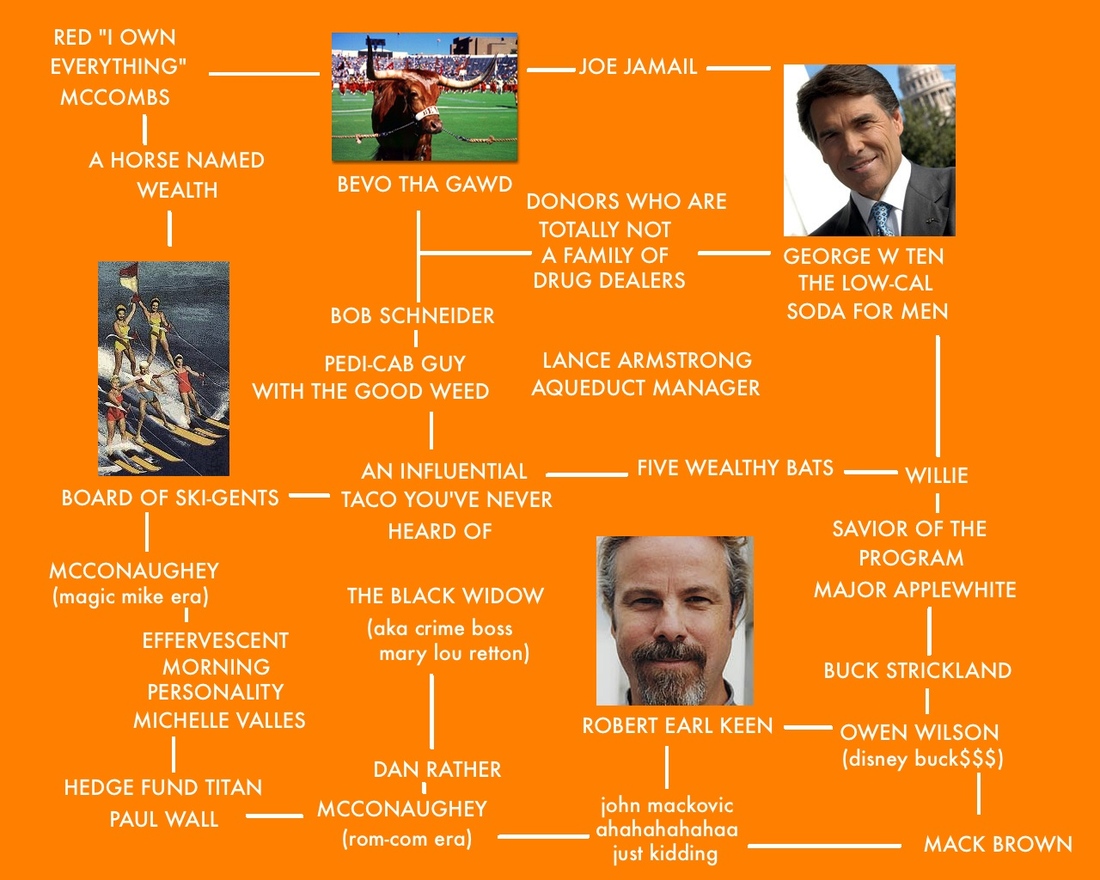