LO! The Shutdown Fullcast is now on iTunes, poorly labeled as the episodes may be. Search under "Sports and Recreation" and then under "College sports," and then subscribe because we like vain futile strokes of our massively underserved egos.

This week's podcast includes important discussions of the following:

And now for reader tweets we could not answer in the podcast, but can address now.

Yes, because the point of a John Shoop offense is not to score, but only to hold the ball as long as possible without doing anything with it, aka the Absentee Landlord Attack. Shoop is most proud of a 1:00 p.m. Thanksgiving game for the Bears where Dick Jauron said he wanted to be eating his dinner at 5:00 p.m.., and made this happen. This is still the saddest football story we can tell you that doesn't involve cancer.

Michigan: a burning 1989 Ford Taurus with the owner still inside. Florida: a Kroger birthday cake on sale that says "HAPPY BERFDAY MIRANDAH," which was made for "Miranda," who died the day before her birthday. Minnesota: the Gregson Street Bridge in Durham, North Carolina.

Listen you either remember gaming prior to Toejam and Earl, or after it. We are in the latter category, and remember nothing about Mega Man 2 whatsoever, but we assume this being a Nintendo game that you want to mash either the a or b buttons as fast as possible when facing any of them, and you'll be fine.

@edsbs What was Richie Incognito really saying when he told Jonathan Martin "I want to [expletive] in your [expletive] mouth?"

See, so glad you asked. The patois of the locker room is a complex tapestry of metaphor and imagery, and one the layperson might not easily understand in passing. Most often, football players in the ENNNN EEFFF ELLLL are talking about one thing and one thing only: excellence. Excellence is the only standard the NATIONAL FOOTBALL LEAGUE will embrace in anything, which is why Chan Gailey's been an NFL head coach twice and was paid in real money for it.

That language of excellence is a kind of poetry in the NFL, and Incognito is using layered language to exhort the subject, Jonathan Martin, to greater heights of that excellence, the same kind that propelled quarterbacks like Trent Dilfer to the Super Bowl once. The ass is the currency of the NFL: it is forever being kicked, hauled, or busted. Manipulate the ass, and you have control of the game. 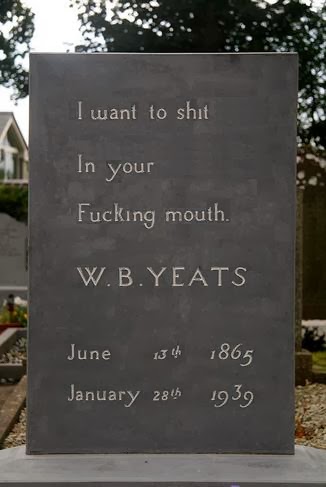 The ass produces shit, aka "The shit," aka VALUE produced by the currency of football, bought with sweat equity, emotional capital, and hard-earned want-to-it-ness. If Incognito wishes to shit in Martin's mouth, it would only be in the figurative sense of placing his mouth beneath the soft-serve tap of football wisdom, and forcing him to drink its knowledge.

Alternatively: it's also possible Richie Incognito is really gross, and wants to poop in a teammate's mouth.