BEHIND THE SCENES: PICKING A NEW AD AT TEXAS

HOW DID STEVE PATTERSON WIND UP AT THE TOP OF THE HEAP? ALL IT TOOK WAS A LITTLE CREATIVITY.

Share All sharing options for: BEHIND THE SCENES: PICKING A NEW AD AT TEXAS

Steve Patterson is rumored to be the next Athletic Director at Texas, beating out Oliver Luck, who many presumed would be the pick. So how did Patterson end up winning over the Longhorns? EDSBS has learned that Luck and Patterson were each asked to present four possible candidates to replace Mack Brown - an up-and-coming coordinator, a non-AQ conference head coach, an AQ conference head coach, and a former head coach of a college team now otherwise occupied. Here were their proposals:

Luck: Chad Morris, Clemson. Texas liked this idea, given Morris's background in the state, but was concerned that fans would not warm to an A&M graduate leading the program. 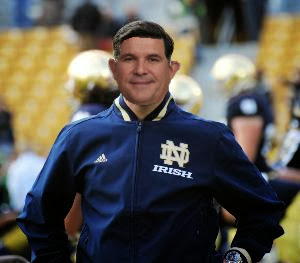 Given the sometimes disappointing results from the Longhorn defense, Texas thought this was an inspired opportunity to bring in a younger head coach who still had experience working within a big-name program.

Luck: Chris Petersen, Boise State. Given how often Petersen's name has come up for major coaching jobs without any public indication of interest on his part, the Texas search committee was concerned about the damage courting but being rejected by Petersen would do to the Longhorn brand at a critical time. 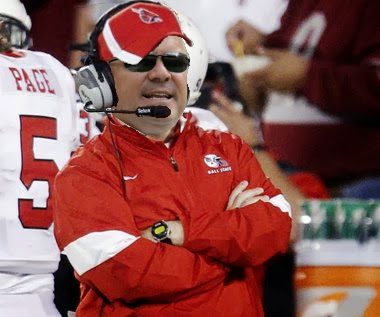 Lembo's ability to turn Ball State around quickly even while the rest of the MAC continues to improve made him an intriguing possibility for a Texas program eager to keep up in a competitive Big 12.

Luck: Nick Saban, Alabama. Tempting as the thought of combining Saban's track record of success with the near-limitless resources of the Longhorn athletic department may be, the committee felt replacing Mack Brown with a coach younger than him by less than two months amounted to kicking the can down the road. 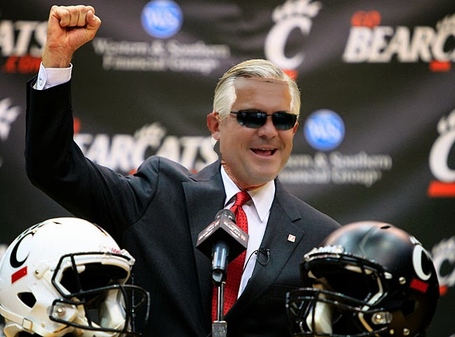 Though the 59 year old Tuberville is no spring chicken himself, he does have experience working and recruiting in the Big 12 and may be invigorated at what may be his only opportunity to prove his championship mettle.

Luck: Pete Carroll, former USC Head Coach. Though the committee agreed that Carroll's resume at the college level was impressive, the concerns about his checkered compliance history were too difficult to shake, along with the likelihood that his conspiracy theories do not align with the conspiracy theories of most Longhorn fans. 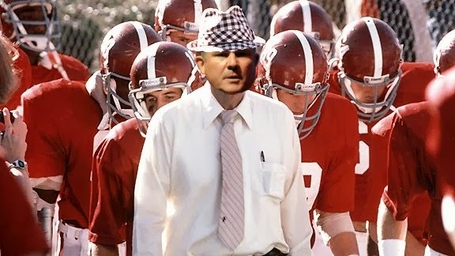 Everyone knows that Bryant passed away within a month of his final game as a head coach. As Patterson explained, wouldn't that mean that reinstalling the Bear as a head coach would likely resurrect him? All agreed that it would, because science.

As you can see, Luck, despite his impressive credentials, relied to his detriment on a cluster of candidates that were bland and uninspiring. Patterson took a risk - not every AD would be so innovative as to propose grave-robbing - but it might just be a risk that pays off big for Texas down the road.