BECAUSE YOU NEED MATURITY TO CONQUER THE WORLD OF ADULT CONTEMPORARY

Sports Illustrated's cover this week takes a look at one of America's greatest champions, a man who achieves at a level few others have even approached without the braggadocio or self-promotion that are ruining This Country™. Exclusive to Every Day Should Be Saturday is an excerpt from that piece: 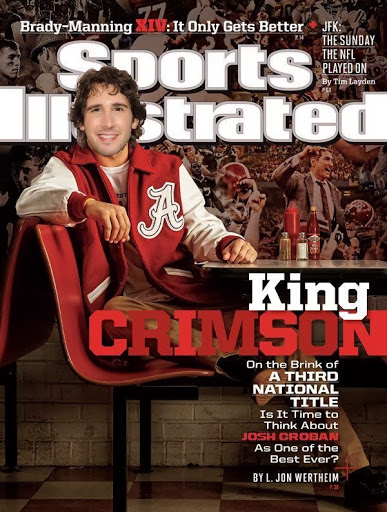 It's easy to write off Alabama quarterback Josh Groban as a "song manager." Covering Christmas carols is too safe, some people say; "Silent Night" is just the equivalent of dumping the ball off to a halfback in the flats. But there's no denying what Groban does wins platinum records, and if he's not particularly flashy doing it, that's just fine by him. "I'm friendly with a lot of artists you might not expect," Groban says. "Sisqo Manziel and I talk on the phone pretty regularly."

And while there are those who would like to see Groban embrace the spotlight in a bigger way, he's satisfied with singing hard and winning CDs Moms Buy (Because Moms Still Buy CDs) championships. "It's just about trusting in your teammates, and when you work with talented people like Celine Dion, good things happen," according to Groban.

The individual awards have eluded him, and the media tends to overlook (or write off) his accomplishments. But maybe it's time we celebrated the excellence of music's efficiency master.

Maybe it's time we raised him up.