The Factor Five this week had dreams, but then went to Vail to work the lifts for a while, and ten years later found themselves homeless in Pueblo, out on the dusty edge of the prairie breaking into cars for food. The Factor Five is also a black bear, so most of this makes sense, though the part about operating ski lifts is only half-accurate. Montana is the only state allowing bears to operate heavy machinery, both because they believe in freedom and because they're perpetually short on labor. (Also: bears don't understand minimum wage.)

Say this for whatever Dan Mullen's done at Mississippi State: he has them firmly in the squishy middle of the SEC in just about everything. They're practically the well-earned love handles of the SEC: a solid fourth in total defense and rushing offense, sure, but otherwise middling in nearly every other category save kickoff returns. Mississippi State leads the leage in return average gained, the perfect stat for that moment in the game when the sun gently kisses Kentucky's forehead, only to be dimmed by the sudden crash of a kick return asteroid touchdown falling squarely on their foreheads.

Kentucky, meanwhile, has a better offense than Florida (and only Florida) and the worst overall efficiency numbers in the nation. They do have this, however, and that counts for something: 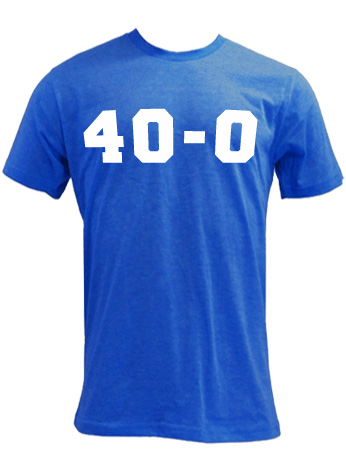 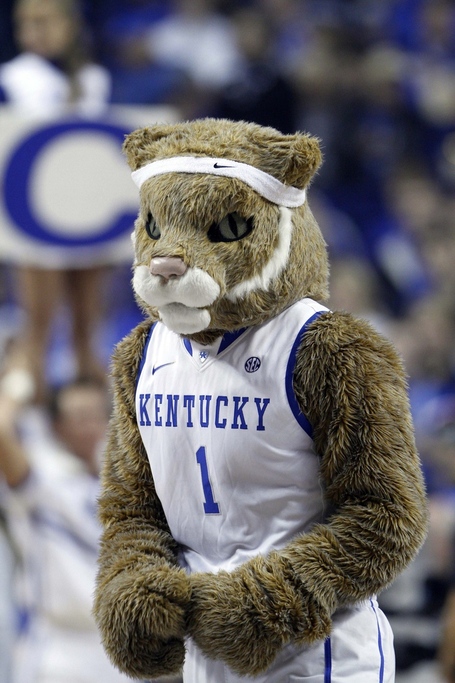 The Kentucky mascot is a wildcat that needs a few dollars. He already took them out of your wallet. Just kidding! But what if he did, by the way, just take a few dollars? Hey, watch it! [burns you with cigarette] Look alive, bruh! But he does need a few bucks, which you have and don't lie because I saw it when I looked in your wallet and did not take your credit card.

You like pills? Just asking to check how seriously you are about this party. Because he's serious. Like, robbing a bingo parlor for oxy money serious.

Meanwhile, Mississippi State has this:

ADVANTAGE: MISSISSIPPI STATE IN AN UNHOLY ASSWHIPPIN' OF CUTE OVERCOMING A FERAL CAT EVERYONE IS SORT OF SCARED OF THAT MAY BE VIOLATING ITS PAROLE BY ATTENDING GAMES

Cowbells are indeed loud as hell, but it's not like it's hard to win there. Yes, even for Kentucky, which is 3-3 since 2001 in Starkville, and who also happens to be Kentucky. That isn't Davis Wade Stadium's fault. That's Mississippi State's fault, since they're the ones who fail to live up to a clattering horde of fans and good ice cream in the press box. They also have a giant glowering HypnoBully they show on the Jumbotron, which is warm weather is a giant dog god accepting the brave sacrifice of millions of bugs a year who throw themselves into its irresistible glow. It's a great place with a middling football team, in other words, and only a factor in the sense that you have to use a silent count, something most every team in the world is capable of doing.

Such an even matchup. Justin Senior cancels out Mister Cobble in the category of "words that go with names but are not names." Baker Swedenburg cancels out Will Tom Collins on gustatory grounds. Dak cancels Shaq. Ferlando Bohanna and Farrington Huguenin are twin brothers fighting on different sides of some European war we just made up.

That leaves us with Curtis Virges and Teven Eatmon-Nared, a difficult matchup to judge given that no we're just kidding Curtis Virges totally wins.

Very nearly a push: Kentucky remains winless in the SEC, while Dan Mullen and Mississippi State are...well, also winless in the SEC, and surviving numerically on wins over Troy, Alcorn State, and a one point win over Bowling Green at home. This is a classic battle of survival, and that is not a sales pitch for this game. Battles for survival are not glorious epics wrought of Homerian cloth. They are the stabbing scene at the end of Saving Private Ryan. They are two mange-scarred dogs fighting over a half-disintegrated piece of Church's Fried Chicken in a bad neighborhood's desolate parking lots. They are raiding the couch cushions to find grocery money, and discovering that you are so poor your couch is penniless, too.

It will be hard-fought football. It will also be error-prone, dumb football. It will be like watching two Floridas play for four quarters minus the defensive intensity. It will be hilarious if you are not invested, and a tragedy for those who care. Mississippi State happens to be a bit less mangy, and a bit more in need of that piece of chicken. Now run along, Kentucky. That's Dan Mullen's carcass-dinner, and you'll have to bleed if you want it.

SUMMARY: A 4-1 judgment in favor of Mississippi State, who sort of has to win this game if they don't want Mark Stoops to become the new Sylvester Croom, aka the Harbinger of Coaching Death.