GOOD MORNING. "Why us?" "Because you were home." 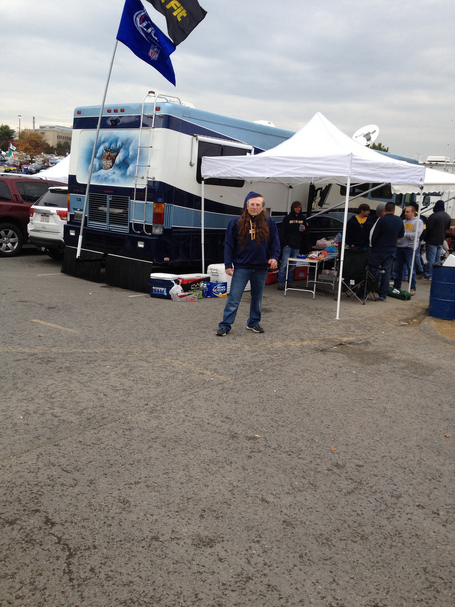 (HT: DZ) Dana Holgorsen Mask night at WVU is enchanting enough, but do not miss the real story here: the sweet-ass lynx mural on the back of that RV. 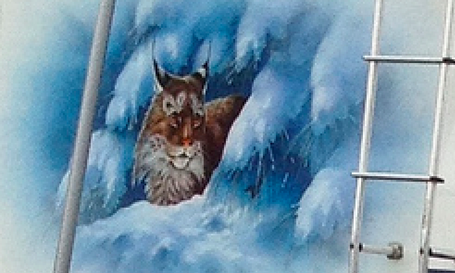 He's staring at Dana because they are kindred spirits in sleeping outdoors by preference.

GOOD MORNING, THE NCAA SUCKS. The full report is here, and we're not reading it because the NCAA is a fiction at best, a fraud at worst, and useless in any case since it is a cheap front for amateurism. So you can read it, and we won't because if you wanted to read bullshit no one will care about in five years, well, we've got some Tao Lin right here.

HE KNOWS HOW TO WIN. He just never said "at football," Virginia fans.

THEY MIGHT HAVE A CASE. If hitting yourself is bullying then yes, a 91-0 win is clearly bullying, and you should write a sternly worded letter to yourself about it.

WHAT THE SMOKING HELL. War Damn Maneatin' Eagle, because that is John Oates in an Andy Warhol photograph wearing an Auburn t-shirt.

THAT DOESN'T SOUND HEALTHY AT ALL. Bubbaprog's life sounds miserable, even in the genteel context of an NYT article, and not just because it sounds like a Tabasco Pepper plant is his best friend.