OH LOOK YOU GOT TO THE LINE OF ADMITTED FAILURE

Share All sharing options for: BAN THE FIELD GOAL LINE

It's not like you can't invent something useful and new to improve a sports broadcast. The glowing puck had its charms, the overhead cam once attacked an Iowa football player, and the curious human simulation known as Jim Nantz has risen to the top of his profession.  The first down line is now mandatory, and in future seasons will LITERALLY SCALD any player who touches it. (<----variation approved by Will Muschamp, whose allergy to first downs is now a full blown pathology.)

Not that it couldn't be useful with some variation. Like this useful graphic on the Florida offense, for instance: 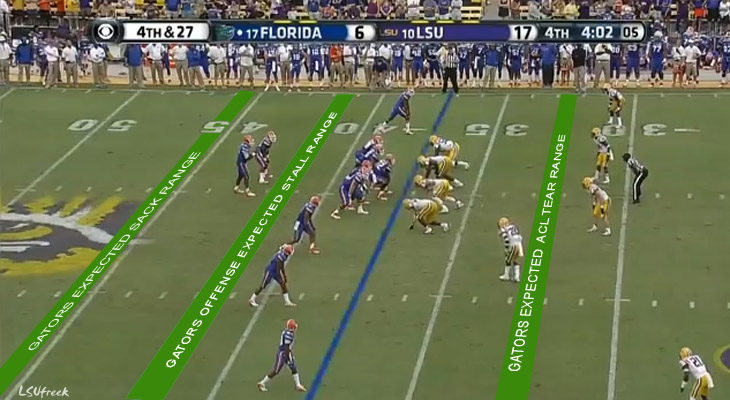 Or this, which has a line that is actually true, i.e. a spot showing that Kirk Ferentz will indeed totally punt from the mid-30 yard line. (Click to embiggen.) 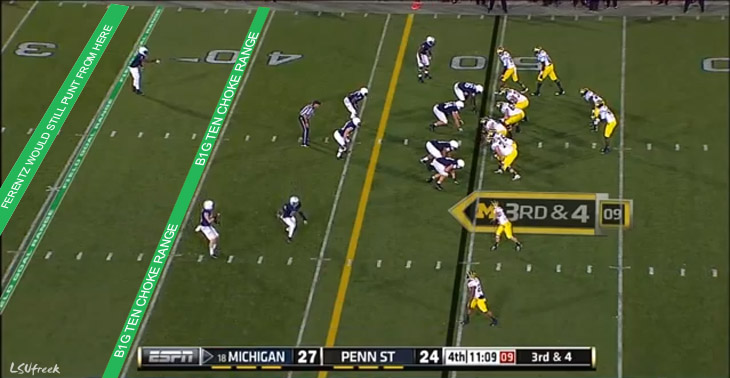 This is of less utility, since USC may fire their head coach on any yardline at any stadium, and do it in outlandish, Vince McMahon-ish fashion. 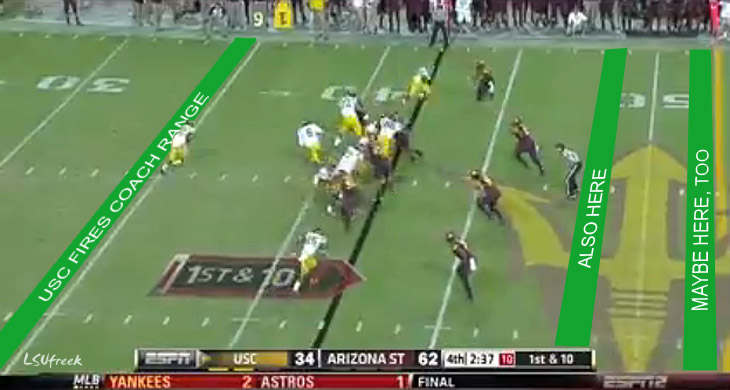 But seriously, get rid of the field goal line. It's sad, and a bare minimum of what offenses should be capable of doing in a football game unless you're Florida. And this year, you do not want to be Florida.