THAT'S ON FIRE. PERHAPS WE SHOULD PUT IT OUT.

Share All sharing options for: THE OFFSEASON TOP 25 (OF THINGS TO DO NOW THAT FOOTBALL IS OVER)

A list of things written down strictly for our benefit.

1. Digging out. We looked under the table the other day and found a pair of shoes we'd been missing for months--literally, like, two months, aka sixty days. This is a big table a toddler can walk under with ease, and the shoes are in plain sight. Football season can reduce you to being a T-Rex: if it doesn't move, you don't see it, and nothing in arm's reach exists. (And your reach is very, very small.)

2. Read a book. Like, not a football book. We have Barry Hannah's Airships sitting half-read by the bed. To give you an idea of how sad this is, Barry Hannah short stories rarely exceed twenty pages, and are full of violent sex, unrealistically eloquent characters with substance abuse problems, and sexy violence, and we still couldn't get through it without swatting at a GIF and then getting lost in a Pac-12 Rewind fest for an hour.

4. Carry a new child around. New baby drops any minute. You say, oh, this might be at odds with points 1, 2, and 3. Yes. Yes it might very well be, but [adorable narcoleptic vomiting baby monkey things].

5. Attend more spring practices. If they're open, it's one of the quietest and best ways to a.) get a football fix, and b.) enjoy spring weather in the South. We're not going to that bullshit "snowing in late March" shit, nor are we going to Auburn's traditional spring practices that started five minutes ago, because that too is just silliness, Auburn.

6. Figure out a way someone other than Alabama can win something. It's got to be theoretically possible outside of "just waiting for Nick Saban to retire/shrivel/angrily assume power of the state of Alabama and turn it into America's most aggressively excellent state.

8. Go bowhunting. Preferably with Bo Jackson, so that the resulting testosterone intoxication from merely coming into contact with him can add a year to our life and 50 pounds to our deadlift.

9. FOR REAL STOP EATING LIKE AN IDIOT. There will be a confessional thread about the dumbest thing you ate while a-footballing, and we will win. OH BUT ORSON I ATE A WHOLE BAG OF CHIPS OMG!!!! No, oh no, it gets so much worse than that, amateur. Hint: ours left behind a carcass.

10. Learn blocking schemes. If we have to enroll the help of a real life offensive lineman we will, but it's a lacuna for us in the football knowledge department, and for almost everyone else, too.

11. Watch, like, at least five movies. The whole thing, even, while sitting down for two hours. By rule, one of these will be the most uplifting movie ever made, the sidesplitting Children of Men.

12. Go out West somewhere and ride a horse. That's totally serious, since anyone who has lived in the South for most of their life really enjoys the novelty of "air you don't swim through," but dislikes the preponderance of mankilling bears and mountain lions out west. Easy solution: take horse, abandon to large predator in exchange for life. (Sorry, horse.)

13. Deadlift double bodyweight. That's a respectable, modest goal one can certainly live with! <-----AIN'T HAPPENING BUT IT'S NICE TO HAVE GOALS ROLL TIDE.

14. Dare botulism. Holly got us this fantastic book on meat-curing, and guess who's making mortadella flavored with near-fatal amounts of bacteria? (P.S. Holly is trying to kill us.)

15. Answer emails. See deadlift for actual probability of this happening, but you have to try. Yes, even yours, three dudes who sent us 1,000 word emails about oversigning back in October. On a side note, email is horrible, and gives you cancer of the face if you send too many of them. Because science is pretty sure that number is, like, five more than your current total, you should never use email. 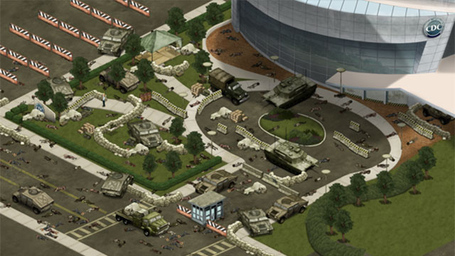 17. Re-watch Quantum Leap. Any show that ends with God basically telling Sam to buck the fuck up and deal with it is probably worth a full adult series viewing. It's will likely be both better and worse in parts than we remembered.

18. Husband. That's a verb, and in this case it means apologizing for having a screen glued to one part of our face for the past five months.

19. Don't do a single goddamn poll in any serious fashion. Goals you can achieve by neglect are the best and most attainable, and we're well on the way with this one because after the seven or eight spot you're just Baylessing around, and Baylessing around is a bad thing in any sense but the culinary one.

21. DO NOT WASTE TIME YELLING AT OTHER BLOGGERS/WRITERS

22. DO NOT WASTE TIME ON FUCKING MORONS BECAUSE SOMEONE IS ALWAYS WRONG ON THE INTERNET

23. Wear shoes as little as possible. Kenny Chesney's not wrong about everything.

24. Take Magnus to an air show. (And bring earplugs, because fathers never remember things like earplugs.)