A MESSAGE FROM THE PR FIRM OF SPAETH, LUNTZ, AND HANCOCK

Share All sharing options for: LET'S TELL THE TRUTH ABOUT CTE (SPONSORED)

The following is sponsored content paid for by The Committee For The Preservation of American Football, and brought to you by the PR firm of Spaeth, Luntz, and Hancock.

It's been a great year for football in America. Attendance is at an all-time high, viewership is up, and the boundless enthusiasm for our sport remains just that: boundless. Over seventy billion people combined worldwide will watch the BCS Title Game and the Super Bowl! That's a number so big you shouldn't even write it. It'll make your hand cramp! Just trust us when we say: our sport a truly global phenomenon.

Yet some say that head trauma spells the end for football worldwide. "CTE," or "Chronic Traumatic Encephalopathy," is a word you'll hear a lot. It's important to know a few things when discussing CTE, and to understand the words being used in the conversation.

We'd like to look at a few of those right now with you.

What is Chronic Traumatic Encephalopathy?

The old term for CTE, a degenerative brain condition that has been in some limited scientific studies tied to blows to the head. It's scary, isn't it? Such a scary set of words for something that may not be connected to football at all!

Isn't there a better term for this? I hate even saying these scary words!

So do we. That's why The Committee For The Preservation of American Football suggests a new series of words to go with the term CTE, a friendlier set of images designed to convey the full realities of a condition associated with years of enjoyable, safe football play.

It's all the wings Red Bull gives you, but with zero calories.

Wow. I can't wait to try it. But about CTE and head trauma: isn't that bad for you?

An excessive amount of head trauma is bad for you, of course. But that's true of anything, isn't it? Pie is wonderful, but eat too much of it and you will become overweight. And we're not talking about outlawing pie in America. That would be insane.

Are you saying a certain amount of head trauma is good for you?

We're not saying that. But some have proposed that very thing, connecting the brisk but measured application of blunt force to the head to heightened athletic performance, higher earning potential as an adult, and to increased reproductive success. We quote:

Contact massages your cranial pores with naturally occurring MANSGAMESIA, removing any remaining softness from your lame-ass childhood and making your brain 110% SHIELD READY. 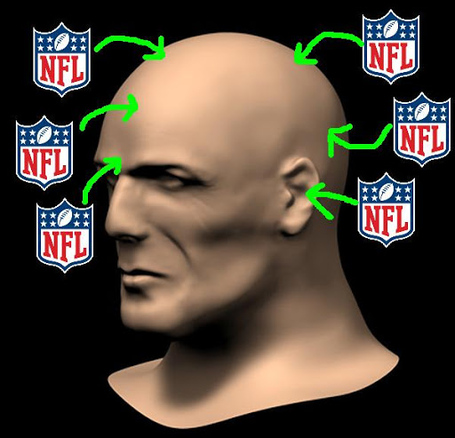 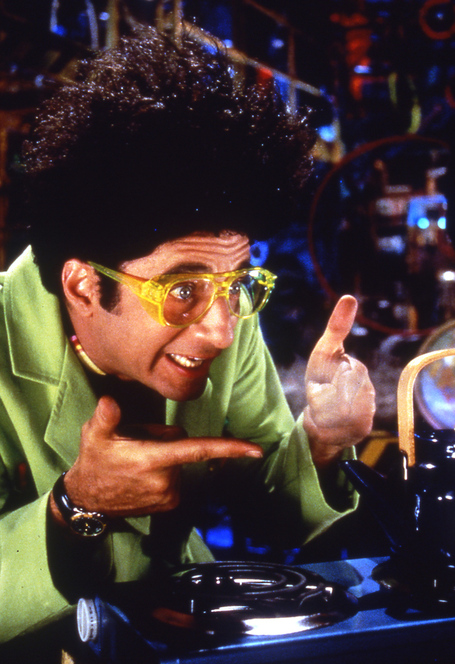 You're making CTE sound like something you want. Is it?

We wouldn't say either way. This is a country of freedom, and freedom means making your own decisions. But ask yourself this: can you risk not getting CTE? Take a look at some people who did:

- Moses: Never even made Hall of Fame ballot, DEAD

In contrast, Andrew Jackson's lifetime of carefully applied head trauma made him one of our nation's greatest presidents, and turned Ernest Hemingway into an American icon. We present the facts. You be the judge.

But I've heard tau proteins are the link between decreased cognitive function.

Some have proposed this. Some have also noted that the brain craves protein--particularly the growing brains of infants and the high-performance machines that are the modern athlete. Think of it as getting your brain "swole" in response to life's ravages, and having a lean, paleo brain for the modern caveman's lifestyle.

After all, the T-Rex had a lean, small brain, and turned out to be the greatest athlete of its time. 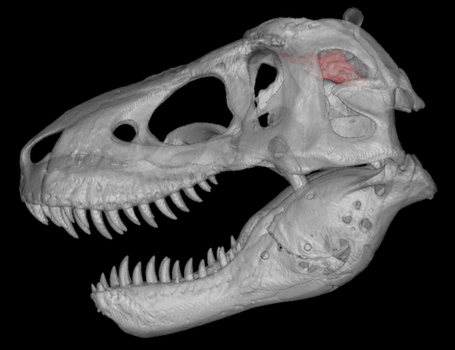 Lean brain = lean body = more power. It's that simple in sports, and in life.

And what about the correlation with the recent tragic suicides of players found to have CTE?

Suicide is tragic. Our hearts go out to all those affected. Apropos of nothing, the Tyrannosaurus Rex was incapable of suicide, and not just because its short arms prevented most conventional methods of killing yourself. It just never crossed its tiny, lean, protein-rich mind.

That argument makes total sense to me. Why don't others embrace this clear line of obvious, logical thinking?

Education is key. We believe that football involves a degree of violence. We believe that violence is in no way connected to decreased cognitive function, depression, rage, seizures, large black patches on MRI and CAT scans, ruined lives, or any of the other things some believe happen to football players after they stop playing the beautiful game.

Maybe the beautiful game itself leaves a hole in them no one can replace. And maybe that sadness makes a very literal hole in the brain. But Courageous Thunderskull Exxxtreeeem (Sponsored by Red Bull Zero) can't be blamed for that. The real enemy here is sadness, something we as friends of football, and of each other, need to combat with love, compassion, and understanding.

Where can I get a Red Bull Zero?

Red Bull Zero is available at any convenience store, grocery store, and at selected restaurants and establishments near you.

This message was brought to you by The Committee For The Preservation of American Football, and does not necessarily reflect the views of EDSBS or SBNation.com. Brought to you by the PR firm of Spaeth, Luntz, and Hancock.