NOW IS THE TIME FOR NOTHING BUT WHEEL ROUTES

IT'S TIME TO DO THE IMPOSSIBLE: ALL WHEEL ROUTES ALL THE TIME.

Share All sharing options for: NOW IS THE TIME FOR NOTHING BUT WHEEL ROUTES

You may already believe a few things about the X's and O's of college football. You may believe that four vert is the greatest passing play ever as a complete concept, and at this moment you would be right. You may also believe in the option, the simplest and yet most indefensible of run plays. You may even believe in the run and shoot, the Air Raid, or not believe in offense at all.

If you believe that last one, you are a terrible person. Stop reading now and do something else.

These are all beliefs, and no one can dissuade you of belief. We're not priests, and never have been, no matter what those court records in Loudon County, Maryland say. We deal in facts, and the most relevant fact in the world is this: the wheel route is the greatest route in the history of football, and works every time, all the time, against any coverage ever.

A quick dash to the flat and then a burst upfield along the sideline? More than mere schematics, friend. Physics and science and football stuff has shown us that every person, no matter their skill level or physical ability, no matter how rag-armed and hopeless their quarterback may be, becomes a full ten miles per hour faster and three times the athlete when told to run a wheel route. 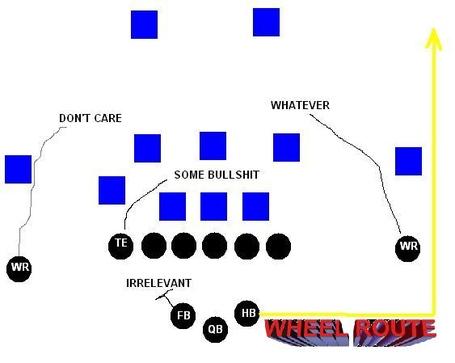 How does it work? No one's really sure: some strange gravitational distortion between player, ball and sideline? The inability of defensive backs to run sideways, then backward, and then correct to forward? The difficulty of running and laughing at the same time when a 260 pound fullback begins trucking upfield with a really, really determined look on his face? The causes are mysterious, but the effects definite: the ball in the air, the hands extended for the catch, and a fat man busting his ass down the sideline while his defender might as well be running on a treadmill. 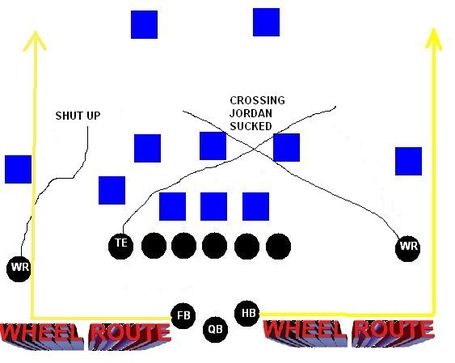 Some are so bold as to run two wheel routes, thus creating two completely open men on one play. While it is not by rule possible to score two touchdowns on the same play, we propose that it is theoretically plausible, and will occur, most likely during a Big 12 conference game, but definitely against a Big 12 defense.

The time has come for us to push the game of football forward, though. While some may be happy with two wheel routes, we deny the commonly accepted Pythagorean truth that the shortest distance between two points is a straight line. That distance is a WHEEL ROUTE, and there should be as many of them on the field as possible at all times for maximum production in the passing game. 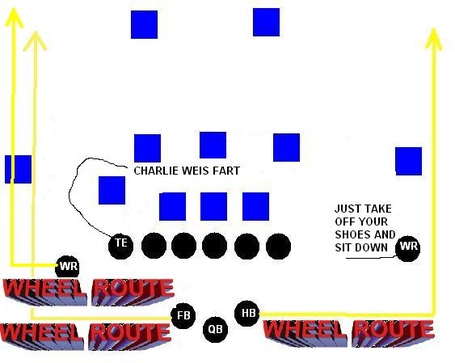 "But you simply clog the sidelines and mess up your other wheel routes," the skeptic says. Untrue, and refuted below with devastating clarity and simplicity.

The math is just that simple. Behold: QUAD WHEELS. 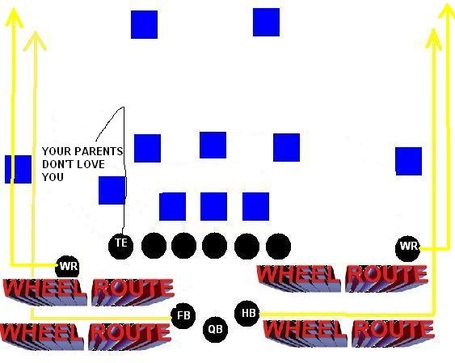 Fact: you can also read out your credit card and social security number to a DB during the route, and they cannot steal your identity, nor even understand your words as English or even human speech.

Like all simple machines, the effect can be chained for maximum effect, and in theory without end. 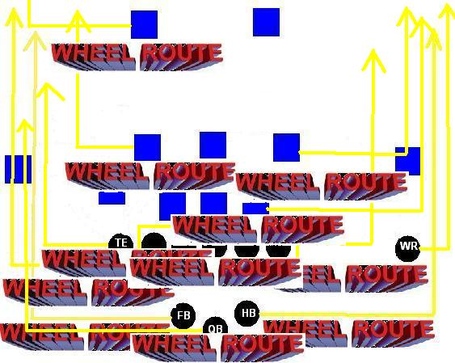 Yet the WHEEL ROUTE movement belongs not just between the lines of the gridiron. As a philosophy, we believe its applications are boundless, and sound in theory across an endless number of disciplines. 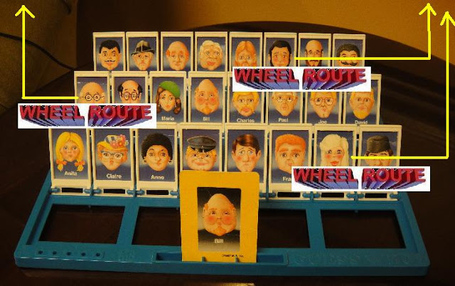 In the quest for personal growth and development: 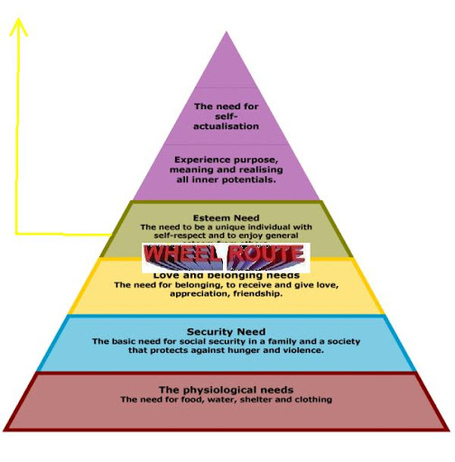 And even for the survival of planets that do not wish to be destroyed by the impending supernova and heat death of our universe: 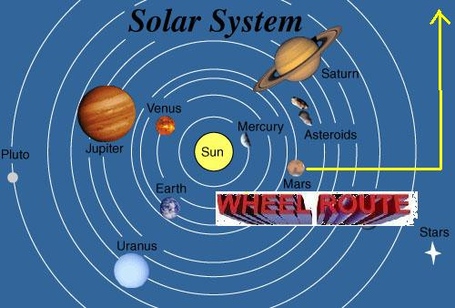 In summary: you should run nothing but wheel routes all the time, both in football and in life. It is one of the universe's perfect curves, and cannot be defended or stopped in any scenario, ever. Placing three in a thermos with electrodes attached to it could power a small city for ten years, but BIG OIL doesn't want that to happen, either. It would also make Lane Kiffin an energy baron, so yeah, let's not actually let that get out, ever. (Kiffin crony Ed Orgeron, future 2032 Governor of Texafornia, is one of the most horrifying images to ever cross our mental horrorscope.)