Rootability is up over at the Mothership, and the deeper we got into this week's schedule, the more we realized what a bizarre week this was: oddball non-conference games, the SEC playing its first conference games in College Station and CoMo, Bo Pelini and Jim Mora going head-to-head in an offensive struggle, and U-Dub going into Death Valley before a late night filled with strange Arizona and Arizona State games. 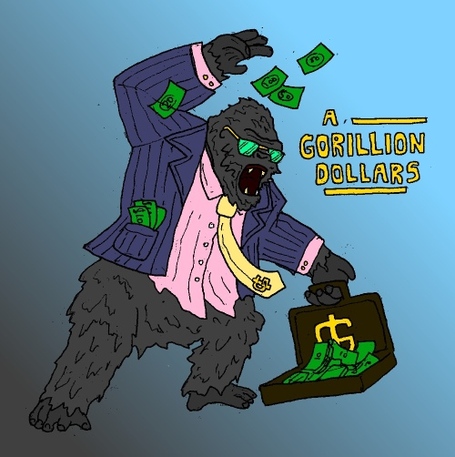 Oh, but it's not that weird, you say, and then we remind you this is the weekend of Iowa/Iowa State, always one of college football's most preternatural rivalries in that no one is ever totally sure who will win this game or in what bloody fashion it will happen. Will Muschamp will be coaching Florida in College Station. Go back two years ago, and then think about what a mystifying guess that would have been.

So let's chat about just how aberrant this all is. OPEN FRIDAY CHAT is around. If you would like to talk about gorillas, we can talk about gorillas, too, since they are a favorite topic of discussion among the EDSBS staff, and also because they are one of nature's top five best animals ever. Those five, in no particular order: