OVERSEAS DISPATCH: OUR CORRESPONDENT IN SHANGHAI

Share All sharing options for: OVERSEAS DISPATCH: OUR CORRESPONDENT IN SHANGHAI

Some of you are watching the season on the other side of the planet: sleep-deprived demons combing the night for televisions and sensibly priced liquors in strange corners of the Orient. We refer not to Washington State fans, but instead to those poor souls who have to watch the college football season overseas. People like Chili, who did not have a real good time, and had to deal with Man U fans hogging the TVs in the Town Opium Built.

Read this and realize how spoiled you bastards really are. 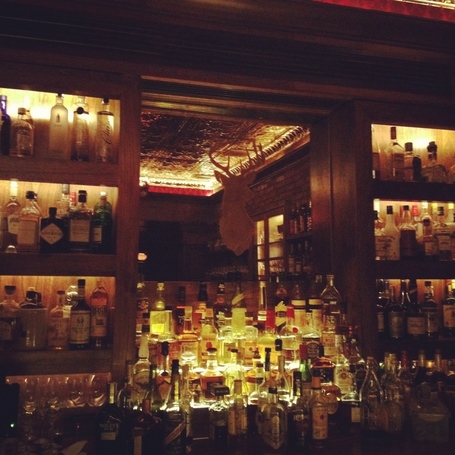 It's 7 AM Sunday morning in China; time for the Clemson game. The jade green taxi zips past the girlie bars, drunken punters still loitering out front with slick working girls on their laps. One of them waves at me. I'm fairly positive I don't know her. The cab whips right and we pass a city park already being dutifully swept by a worker in a JINGAN jumpsuit armed with an old straw broom. We roll into the alley behind the Ritz-Carlton and stop in front of Big Bamboo, one of the oldest and most popular sports bars in town. I step inside and am immediately deflated when I notice the staff easily outnumber the meager crowd. There are no Clemson fans, but there is a tiny contingent of USC Trojan supporters frustratedly trying to help the bar manager tune in to their game through an internet feed. Clemson and Auburn are nowhere to be found. It stinks like stale Zhongnanhai cigarettes in here. Four TVs are showing an English Premier League game.

This is college football in Shanghai.

There's definitely some white lines keeping some expats up all night here, but they're not the ones on the football field. (GET IT - COCAINE) Without the aid of booger sugar, most sports-minded expats here prefer to sleep at night like human beings, but I'm not going to wake up and keep myself from looking at the scores so I can watch the replay later like some kind of goddamned animal. I need live football. And I was hoping there would be others like me here in Shangers.

Before I scouted out a few bars I had a houseparty to attend. When I arrived at the apartment there were about as many people photographing the partiers as there were actual partiers. The usual crew was there; French dudes toasting poetry to each other (I didn't understand them so I'm just assuming here), a gaggle of visiting Korean girls requesting Gangnam Style from the WAY too serious DJ, a cute Chinese chick in a pink wig and cowboy hat, and a tiny passed out Russian guy in a velour v-neck. You know, the youge. I arrived late, just in time for the party to crest, and I was out the door once it was clear the wave had broken. 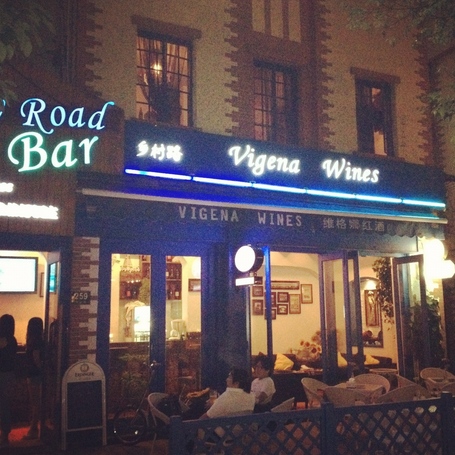 Now with socializing out of the way, it was time for sports! FOOTBAW! Staring into the bottom of a glass of bourbon for answers and receiving none! The Camel, a sports bar in my neighborhood, was sure to have at least SOME football fans rooting on their teams.

I arrived there to find 80% of TVs tuned to a Man U game. I don't know that college but they sure as hell weren't playing football. SOCCER? What is this shit, don't they know it's time for football? My arrival would've gone smoother had I not literally yelled this as I walked in the door. Three TVs were playing the Penn State-Ohio game and one was showing maybe Syracuse or something - I don't even know, it was all just too depressing. I asked my Twitter people if there were any 3:30 games worth watching, and after receiving a resounding HELL NO I hung my head in defeat and set off for home.

I had hoped for an uninterrupted night of college football, but it looked like a 3 hour intermission was being foist upon me. I knew that I would pass my favorite bourbon bar on the way home, but seriously doubted that it would still be open this late. As luck would have it, I caught a glimpse inside and saw the bartender and owners having after hours drinks. "Family time," as they called it.. Bourbon was calling - and when it does you sure as hell better answer. I had found the link between the misery of the midnight games and the promise of the 7 AM target I'd set the day before.

Bouncing from bar to bar that night, the spirit and fandom of college football had completely eluded me. But then there was bourbon. I couldn't have the atmosphere of a game day back in the US, but at least I could have the hangover.