This week, the Spike Factor celebrates the best of road failures, offers condolences to a Kentucky team that came oh-so-close, and gives a rusty present to an old friend.

I come to bury Tedford, not to praise him.The evil that men do lives after them;The good is oft interred with their 2007 Armed Forces Bowl Trophy;So let it be with Tedford.

Yes, the shiny new SB Nation is a scary black obelisk, and we but poor, furious apes throwing bones at each other. Cling to the Spike Factor, little ones. Wrap it around you like a warm schadenfreude blanket. It smells just the way you remember, like cinnamon and Arizona!

We continue to update the spreadsheet, which you can find here. (It wouldn't make sense if the Spike Factor was itself complete. CONSISTENCY.)

I want to start by apologizing to Kentucky, because you all came so, so, SO close to winning the Tetanus Spike this week. 59 plays against Florida, and 26 of those were useless. That's 44%, a number that very well might be high enough to win most weeks, but not this one. A strong effort nonetheless, Wildcats. I'm confident that, with your offense, you'll win one of these before the year is through.

For the curious, Florida countered with a Spike Factor of 22% (16/70), and we should all remember this happy feeling before LSU turns Jeff Driskel into a human Guernica.

MATH IS AN IMPERFECT THING

Watching Michigan at Notre Dame made most people think a few things:

But none of those fevered imaginings came to pass, especially the first one. The Wolverines scored out at a 36% Spike Factor (24/66), which isn't amazing in either direction, and the Irish finished even lower at 28% (14/49). So what does this mean? Are both of these offenses more reliable than we're giving them credit for?
It means that you can't have Spike Factor plays when you KEEP LOSING THE BALL ON DIPSHIT TURNOVERS.
STAY HOME AND JUST DO ALL YOUR SHOPPING ONLINE
Several road teams got - how can I put this delicately - pasted like a fucking first grade art class in Week 4, with Spike Factors over 40% to show for it. Arizona ran a whopping 84 plays against Oregon, but 37 of those were spikeworthy, bringing them to 44% this week. Cal stumbled its way to a Spike Factor of 41% (28/68) against the Trojans. Virginia got absolutely stomped by TCU, hitting 47% on the Spike Factor (34/71), but we're giving the Hoos a pass from Tetanus Spike infamy because Virginia football. No, that is not a typo.
The worst of these was probably Auburn, racking up a 46% Spike Factor (23/50). On Auburn's first four drives against LSU, only three plays TOTAL went for positive yardage. Of the 12 drives Auburn had on offense all game, only four lasted for more than four plays. It's a special thing to see an offense that A) cannot stay on the field and B) you wouldn't want to stay on the field even if they could, so a hearty WAR DAMN KNEEL to you, Tigers. 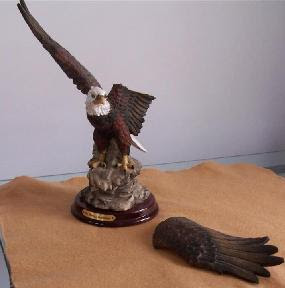 A VERY SPECIAL TETANUS SPIKE
We try to remain unbiased in our Tetanus Spike decisions, to focus on the numbers and the numbers alone. Some people will say we've broken that promise this week, giving the award to a team that clearly wasn't the worst as a matter of percentages. Still, this week's prize goes to the Kansas Jayhawks, who had 28 out of 72 plays eligible for Spike Factor inclusion in their loss to Northern Illinois.
Before you start demanding a recount, observe: Early in the fourth quarter, the Jayhawks had a 23-20 lead and the ball at the NIU 22 yard line, first and ten. This is what happened next: rush for a loss, incomplete pass, sack, incomplete pass to turn the ball over on downs.
Kansas got the ball back with about eight minutes left in the game, which was now tied 23-23. They threw an incomplete pass, rushed for no gain, got sacked and punted. After Northern Illinois took the lead by a touchdown, Kansas had two more possessions. They ran seven plays between these drives, and the only one that gained any yardage was a four yard pass from their own 19 yard line.
Fourteen plays in a close game, and on thirteen of them Kansas may as well have been throwing a tennis ball against a garage door. That's a Spike Factor of 92% over that range. We rest our case.