Share All sharing options for: WEEK 4 PREVIEW: TURN AND FACE THE STRANGE

Lot of weirdness going on in college football this weekend. The head-scratching juxtapositions of early-season out-of-conference matchups are beginning to give way to conference games, but even the conference games are unfamiliar. CBS's cushy 3:30 time slot featuring . . . Missouri? Colorado opening its conference slate in Pullman, Washington? And not only that, Washington State's not the team more likely to get its ass kicked? Florida trying to gin up some trash talk against Kentucky, of all people? You won't need to get all that drunk this weekend, the slate's surreal enough as it is. (All times below are Eastern Daylight, in case you hadn't figured that out already. So at least one thing is fairly routine.)

These two teams last did a home-and-home in 2003-04, and in the first leg of that series, this happened:

Nope, your eyes do not deceive you. The Cougars ruined it late in the third by scoring a touchdown — their last gasp in what turned out to be a 50-12 beatdown — but for seven and a half glorious minutes, BYU pulled the elusive quattro at LaVell Edwards Stadium. That was about the most notable thing they accomplished in a 4-8 groaner of a season — Gary Crowton's next-to-last gasp in Provo — but the mere sliver of a chance it'll happen again is enough to make this game worth watching.

What you'll be watching: Baylor at Louisiana-Monroe (ESPN, 8 p.m.)

With one SEC scalp and very nearly a second under the Warhawks' belt, it looks like ESPN will attempt to ride the ULM upset train as long as they possibly can. Not the worst idea, given that Baylor was down to Sam Houston State by 10 points at halftime last week before gunning down the Bearkats in a hail of points. Hey, they didn't need a defense when RGIII was there. They're not about to just run right out and get one now.

Florida OC Brent Pease is going to try "to get 50 points on those guys" when Kentucky comes to town, and all because Jared Lorenzen clowned him on Twitter? Jesus Christ, dude. If this were high school, that'd be like the fat kid in chess club insulting the Homecoming king, and the Homecoming king stewing over it so hard that he kicks one of the special-ed kids out of his wheelchair. Man, if you're that insecure about your manhood, do what every other insufficiently becocked middle-aged guy does and buy a Hummer H2. In the meantime, shame on you, Pease. And shame on you too, reader, if you tune in to rubberneck at this sorry attempt at manliness.

What you should be watching instead: Maryland at West Virginia (FX, noon)

How many different ways can Dana Holgorsen score on Randy Edsall? Answer: ALL OF THE WAYS. Afterward, Edsall will blame the five-TD beatdown on Holgo calling him "bro" during pregame warmups. Such lack of respect! I don't know how you can have a sporting contest with a ne'er-do-well like that. It's a travesty, I tell you, an insult to the game. And having seen Maryland's offense, Edsall knows a travesty when he sees one.

Mizzou makes its debut on the Verne 'n' Gary Show, which should make for interesting viewing. Unfortunately, James Franklin is banged up, and his offensive line is in even worse shape. Jadeveon Clowney will tear through so many Tiger O-linemen that the Williams-Brice jumbotron will start displaying this message midway through the third quarter. 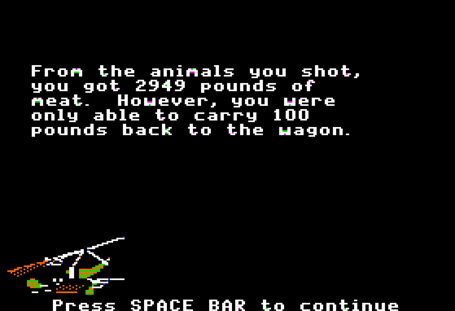 What you should be watching instead: Oregon State at UCLA (ABC/ESPN2, 3:30 p.m.)

Both of these teams are currently undefeated. One of them still will be after Saturday. You need to watch this game for the same reason you always tried to stay up all night on Christmas when you were a kid: YOU MUST FIND OUT HOW THIS IS HAPPENING.

What you'll be watching: Clemson at Florida State (ABC, 8 p.m.)

In not quite 11 full quarters of football so far this season, Florida State has outscored its opponents 176-3. They did so by playing Wake Forest and two barely-even-FCS squads that even Texas Tech would be too proud to put on its schedule, so take that with a grain of salt. FSU is probably due for a belly-flop at some point this season; however, Clemson is due to Clemson at some point even sooner. This game will basically be a matter of waiting for that to happen.

There'll be plenty of time to watch World War I-style defensive trench battles once the SEC season begins in earnest and we can all resume that super-fun discussion of whether SEC defenses are that good or SEC offenses are that shitty. Until then, enjoy the points. SO. MANY. POINTS. If both these teams hit their season-to-date average, we'll end up with a grand total of exactly 100 points and 1,201 yards of offense, and the game will end right around the time the rest of your family is coming home from church Sunday morning.

What you should be watching instead: If the overcommercialization of programs such as Oregon disgusts you, there are three rather more obscure games airing at that hour on networks that are more obscure still. My personal favorite: Air Force at UNLV on something called Altitude Sports and Entertainment, which just shows up as "ALT" on my TV listings. I LIKED THE MOUNTAIN WEST WHEN IT WAS STILL JUST EIGHT TEAMS WHO WERE STUCK IN THE WAC AND MISERABLE ABOUT IT, MAN. THAT'S HOW ALT I AM.