YOUR GUIDE TO THE ACC, NOT-MEMBER NOTRE DAME

Share All sharing options for: YOUR GUIDE TO THE ACC, NOT-MEMBER NOTRE DAME

The ACC welcomes non-member member Notre Dame, who is most definitely not a member of the ACC. This gets you a welcome from the internet's leading ACC apologist, Bobby Big Wheel. His warm embrace comes with a knife in the back as always, but this being the ACC it's a monogrammed pen knife, and it is not long enough to do any real damage. Enjoy. 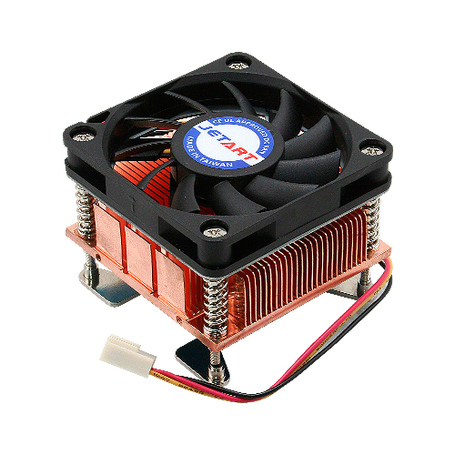 This is the first search term for "ACC Fan." It is also the most appropriate.

Welcome to the Atlantic Coast Conference! I know that you're not technically joining us for football but rather doing the common law marriage thing, but it seems like we'll be seeing a lot of each other over the next decade or so. Anyway, I'm guessing that you want to know what, exactly, you're getting into with this brand new conference of yours, so allow me to present Bobby Big Wheel's Guide To The ACC. 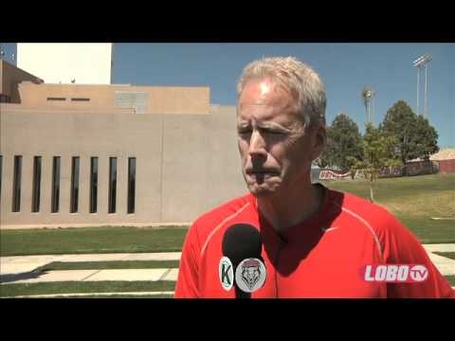 Football Team: They were one of the approximately 30 teams to be ranked #2 in 2007, but since then it's been a steady decline because they fired a competent coach and replaced him with Frank Spaziani, who best we can tell is an off-brand Bob Davie replicant.

College Town: Boston College is actually located in Chestnut Hill, MA, but it's close enough to Boston to make getting into bars with a fake ID a pain in the ass.

Representative Fan: @andrewsharp, because he hasn't cared about the team since Matt Ryan left but shares your pain in having gone to a Catholic college. 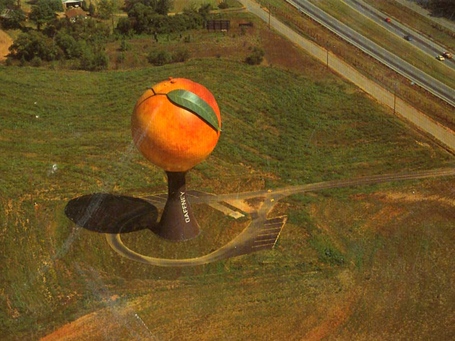 Football Team: The football equivalent of nitro glycerin (and perhaps other chemical compounds), Clemson football is a volatile substance that should be handled with caution. If you play Clemson you may come away pregnant with Sammy Watkins's twins, or you could make the Tigers the subject of cruel speed limit pranks. Anything in between as well, but most outcomes are gathered around the poles.

College Town: At EDSBS we joke about Knoxville being run by the Sunsphere, but Clemson is actually run by the Peachoid. However, the Peachoid is an absentee dictator because it's always drunk off the brandy that it holds, so Clemson is kind of a lawless Thai party. 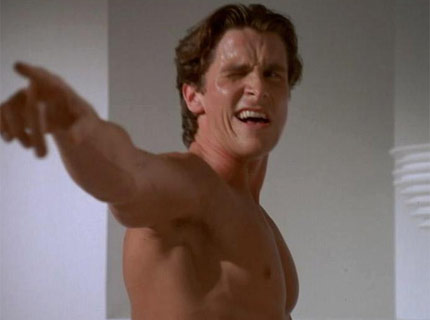 Football Team: For the longest time people said "you know Steve Spurrier is good because he actually won at Duke." Then he failed on the Redskins, proving that Dan Snyder is the only thing worse than Duke.

College Town: Durham, which has been called "the Hartford of the South." Also, Bull Durham took place there in case you like overrated baseball pap.

Representative Fan: @darrenrovell. He may not actually be a Duke fan but he uses a lot of hair product and doesn't know about college football so I'm assuming that he is. 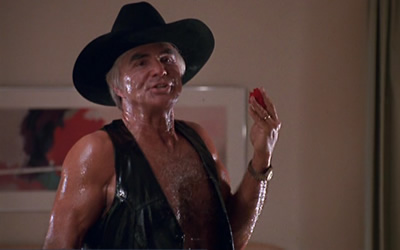 Football Team: You'll love Florida State because they're "back!" ever 2-3 years just like you guys. Ranked highly because they played a bunch of teams who may or may not have been their scout squad in different uniforms, we look forward to their implosion against Clemson Saturday night.

College Town: Tallahassee, which has all of the Florida weirdness without any of the Florida sandy beaches. A great city if you're a sugar lobbyist or if your SAT tutor can only do so much.

Representative Fan: @MatthewHLeach is a Florida State fan because he grew up in Tallahassee (not because he actually went to the school) so you're much more likely to see subject-verb agreement in what he writes. 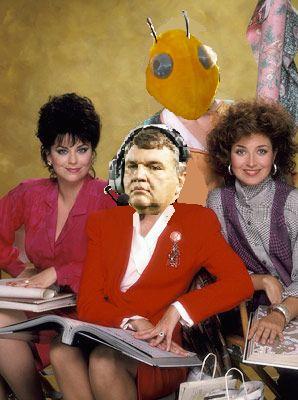 Football Team: They manage to go 7-5 every year running the triple option, which should put the heat on any Notre Dame coach who can't eke out 8 wins per year while running a postwar offense. Reggie Ball (aka Carlyle Holiday's spirit animal) was a staple of this team in the '00s.

College Town: Atlanta! Home to both Ludacris and the Designing Women, you're sure to find something to enjoy in Atlanta (city motto: America's Something). The only problem is that you have to take Delta to go there, so make sure you don't put any valuables in your checked luggage. 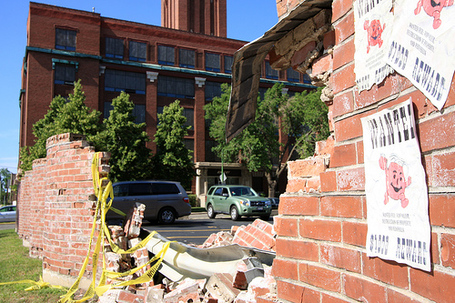 Football Team: Similar to the Andrea Doria, the ship is going down but most of the people on board are going to survive, via either transfers (the players) or a massive buyout (Randy Edsall).

College Town: College Park is a DC suburb so you can take a quick day trip to our nation's capital if you visit. Otherwise, make sure you wear a bicycle helmet because Terps love to riot after games. Even if there isn't a riot, it's still protection against Mike Locksley. 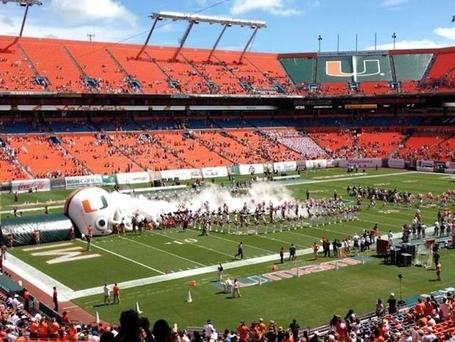 Football Team: In an odd reversal of fortune, they're now the Catholics and you're now the Convicts.

College Town: Miami is probably the most fun city ever because everyone there has something better to do on Saturdays than go to a Hurricanes game. 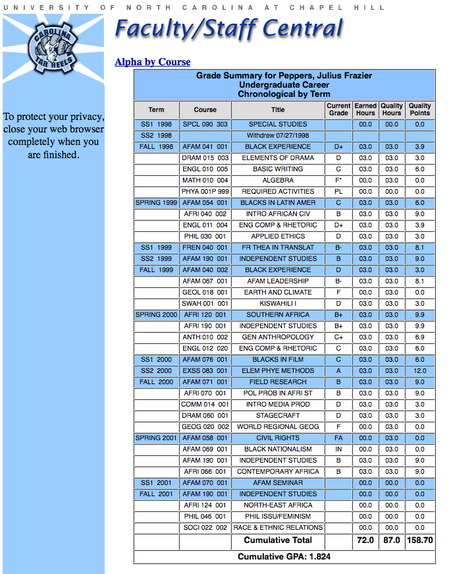 Football Team: The Tar Heels always underperform, and just like you they could use the school's rigorous academic standards as an excuse for doing poorly. Until this.

College Town: Chapel Hill is one of the top destinations in the ACC. Though be careful bringing your girlfriend, as she might get hit on by the newly single John Edwards.

Representative Fan: @inthebleachers, because he handled his house being invaded by a hawk similar to how John Bunting handled being a football coach.

Football Team: You guys are gonna love Tom O'Brien because he's Irish Catholic and hates everything. I wouldn't be surprised if the National Review starts pushing for him to replace Brian Kelly the next time he cusses out a player or that they remember he supported Gary Hart in 1976.

College Town: Raleigh, which is the capital of North Carolina and recently made Fortune Magazine's list of Places.

Representative Fan: @willbrinson because he covers the NFL and that's where you'll find the only NC State players of note these days. 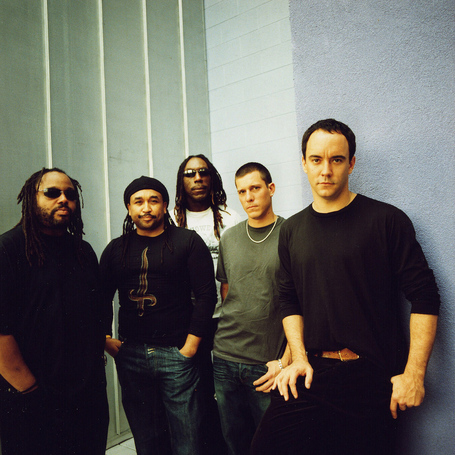 Football Team: Much like the United States of America, we'd rather forget the years 2001-2009 because of the incompetent guy in charge. Mike London: change we can believe in. America: hoping for the Peach Bowl.

Representative Fan: Me because I'm smug and I'm used to losing to Virginia Tech. 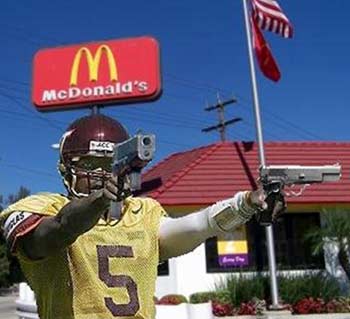 Football Team: Ostensibly the Hokies play Beamer Ball, which relies on dominant special teams and defense, but the next time a Hokie tells you that your retort is "LOL Pitt."

College Town: Blacksburg is renowned for its CVS Pharmacy and the legions of hill people who surround the town. Lock your doors when driving in and out on I-81.

Representative Fan: @thekeyplay who likes to type in ALL CAPS because hey it worked on his dissertation. 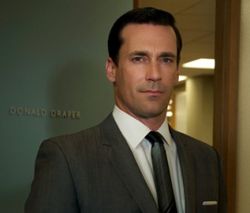 Football Team: I swear to God, these guys won the ACC one year. The moon was in retrograde or something and the Demon Deacons beat Georgia Tech 9-6 in the worst ever non-El Paso football game. Normally these guys are Continental Tire Bowl or bust.

College Town: Winston-Salem, a city built with cigarette money so you might run into Don Draper's ghost if you go there.

Representative Fan: @MartinRickman because he's a Cleveland fan too and the sadness applies to everyone he covers.

Also of note, your old Big East friends Pittsburgh and Syracuse will be joining us too, which means you'll have some more cold places full of girls wearing parkas to make you feel at home. Anyway, welcome to the ACC, the Conference of Champions*!

*Does not apply to Virginia Tech