WEEK 3 PREVIEW: WE GOT MORE RISING ACTION THAN FLEISCHMANN'S YEAST UP IN HERE

Share All sharing options for: WEEK 3 PREVIEW: WE GOT MORE RISING ACTION THAN FLEISCHMANN'S YEAST UP IN HERE 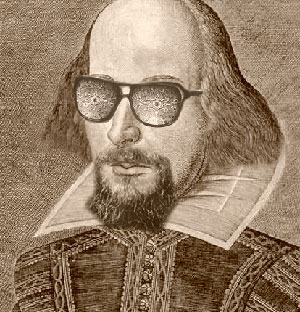 If you think about it, bro's kind of got Holgorsen's same haircut.

Arthur Miller — Pulitzer-winning playwright, sports fan, and Marilyn Monroe's cuddle-bunny for what we can only imagine were five glorious years — once compared the typical college football season to a pre-Enlightenment five-act drama. OK, I made that up, he never did that, it just sounded like the kind of thing a Michigan grad would do. But the comparison does kind of fit: In the first act you've got the boring-ass exposition, with all but a few of the characters simply going through the motions.

By mid-September, though, you're starting to hit the "rising action" stage — stakes get higher, complications arise, you start to see the seeds of the players' ultimate triumph and/or doom get sown. That's where we find ourselves this week, with menial cupcake games giving way to contests of actual consequence and import. That's not to say every game is a sure-fire thriller this week, but it sure beats having to contrive reasons why your team's impending D-IAA matchup is actually a pretty critical barometer of how well this team is developing, bro, I'm kind of surprised you didn't know that. Week 3's menu follows (all times EDT):

What you'll be watching: Washington State at UNLV (ESPN, 9 p.m.)Go with this, and don't think twice. Yes, the Dread Pirate Leach's Air Raid offense still has yet to get its wheels off the ground in 2012, but if there's one team against which Leach can yet realize his dream of unleashing a Biblical torrent of points, it's UNLV, currently languishing at 0-2 (and 72nd in the nation in pass defense) despite having played only Minnesota and Northern Arizona thus far. And since Leach has made it clear he's got no use for casinos, his gambling is going to be restricted to the gridiron, and you know what that means: VERTS ON VERTS ON VERTS ON VERTS. "Coach, I think you made a mistake on this diagram — this makes it look like we're going six wide." "Son, are you the coach here, or am I?"

What you'll be watching: California at Ohio State (ABC, noon)Carries the imprimatur of a major U.S. network and is really the only matchup of two name-brand programs occurring at this hour, but nobody seriously thinks Cal's programmers are going to have the Tedfordbot 3000's software updated in time for this game. Your best bet is to put on some Maroon 5 and pretend it's September 2004 and this is actually a potential Rose Bowl preview.

What you should be watching instead: Wake Forest at Florida State (ESPN, noon)
How does Wake make this one interesting? No idea, but that's the point: The Demon Deacons have taken four of the last six in this "rivalry," and nobody knows how they did it any of those times, either.

What you'll be watching: Alabama at Arkansas (CBS, 3:30 p.m.)Oh, John L. Smith. Nick Saban isn't one for feeling people's pain most of the time, but in your case he totally does. He's been there, smarting from a loss to UL-Monroe and having all the fans wondering where in the hell the program was headed. Only difference is they were paying him $4 million a year to set fire to the roster and rebuild the team into a juggernaut, and that's not just a salary, that's an investment. Whereas you, well, you're basically a glorified substitute teacher at this point. Needless to say, there's absolutely no chance this empathy is going to prevent Saban from grinding your ass into sawdust on Saturday, but tell you what: He'll write a real nice letter of recommendation for you when it's all over. One with as many as three sentences, maybe even some adjectives and stuff.

What you should be watching instead: Virginia at Georgia Tech (ESPNU, 3:30 p.m.)The only other televised intraconference game that's going on at this hour. That in and of itself doesn't make it a great game, but good lord, it'll at least be more sporting than watching the last dying embers of John-El's career get snuffed out by the Bama machine. Notre Dame fans, you'll want to tune in to scout the new conference semi-bedfellows with whom you'll be competing for Sun Bowl invites. Everyone else, stay tuned for the Contemptuous Sneer-Off between Paul Johnson and Mike London at halftime.

What you'll be watching: Florida at Tennessee (ESPN, 6 p.m.)This game used to be a battle royale that signaled the glorious start to the SEC season, yet nobody's really given that much of a crap about it as a sporting contest for five or six years now. (No, we're not counting 2009, when the nation only tuned in to see if Urban Meyer could make Lane Kiffin's head explode with no more than an icy glare, "Scanners"-style.)

One of two things will happen Saturday evening: Either 1) Tyler Bray will have another one of his Will-Ferrell-debating-James-Carville-at-the-end-of-"Old School" games where he carpet-bombs the Gator secondary for 300 yards and multiple TDs and doesn't remember a single moment of it half an hour later, or 2) the Vols will turn out to be a paper tiger that peaked sometime during the third quarter of the N.C. State game and Will Muschamp will be the one staggering out of Neyland croaking, "Anyone see the score? Did we win?!?" Basically, one of these programs will be maybe kind of quasi-"back" in that subject-to-change-without-notice sort of way. The other one will immediately commence a feasibility study to find out how many bake sales they need to hold to buy out the remainder of their coach's contract. 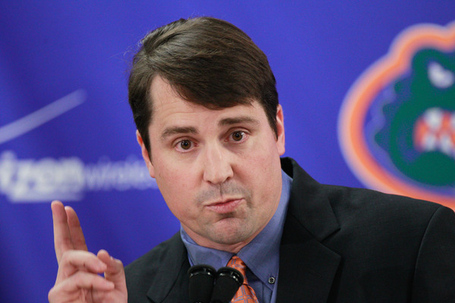 Two fingers in, and check to see if it's swollen and hard, since a normal one has a spongy consistency and gives a little to the touch. I've said too much, haven't I? It's a short life, so let's just keep going.

What you should be watching instead: Stick with Gators-Vols for the nostalgia factor if nothing else, but if it gets out of hand there's always Western Kentucky at Kentucky, jumping off an hour later on ESPNU. Don't laugh: WKU nearly punked Kentucky last year. And if you say anything unkind about the Hilltoppers, son, Nick Saban will hear you.

What you'll be watching: Texas at Ole Miss (ESPN, 9:15 p.m.)"But it's Big 12 versus SEC!" Right, and you read Playboy for the jokes. Come on, man, you don't have to play games with me: You're watching this game for the "honey shots" of ladies in the stands. Look, with these two fan bases, I completely understand. Just be honest with yourself is all, and admit that the actual game is going to have all the suspense of a "Full House" rerun.

What you should be watching instead: Houston at UCLA (Pac-12 Network, 10:30 p.m.)Can't decide what's more shocking: UCLA currently sitting at No. 3 in the nation in total offense with nearly 650 yards per game, or the Bruins' "DAYS WITHOUT A GRUESOME QB INJURY" sign currently sitting at double digits. Meanwhile, Houston laid a gigantic egg against Texas State in Week 1, unloaded offensive coordinator Mike Nesbitt virtually on the spot, and then proceeded to pile up 693 yards and 49 points against LaTech, which from Nesbitt's perspective has to be like getting dumped by his girlfriend and then seeing her on TMZ a week later, making out with Ryan Gosling in the back of a limo. The point is that this game is like the Fourthmeal of football — a late-night treat that is carb-loaded, nutrition-free and utterly delicious — and any glimmer of hope that its kind may yet survive the death of WAC football is something to be cherished.