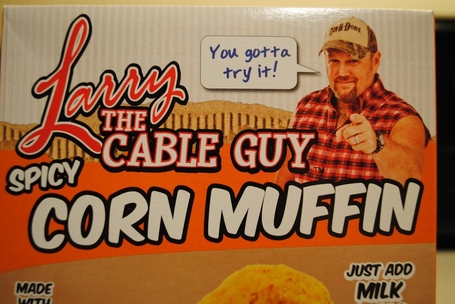 Lemme tell you something. Down here we believe a few things. I believe if you carry a hammer in a hailstorm, you'll grow saltwater taffy from your ears. If you eat that taffy, you'll get polio. If you get polio, you should put your hand in a nest a angry bees to cure it. If it doesn't cure it, you at least get to taste the mystery of anaphylactic shock, and thus meet the glories of the lord, if only for a minute.

My great-aunt Louise taught me that, and I believe it no matter what the doctors said about the syphilis.

Down here in the South, we believe in the gospel of football. After a close loss, SOUTHERN LIVING the PAULA DEEN and defeat. BUTTER the winds with a SNAPPING TURTLE, and JESUS around the SEC TITLES, CHICK-FIL-A, and the azaleas. We talk slow, and PICKLES. The hot weather would melt a danged old Big Ten Team here, much less GOD ALWAYS PUNTS.

We also believe in BLACK EYED PEA OVERSIGNING, no matter what anyone else says about it. See, the South is all like STRUT-DE-DUT-OOH-DE-LALLY BANJO, while other parts of the country are all like COLD AND BUTTFACE. You can say all you like, but JARS FULL OF FIREFLIES and LESTER MADDOX, there ain't nothing you can do to change MAMA SAID and KISS MY ASS THIS TRAILER IS MY DOMICILE. That's just the YOU'RE GONNA NEED A WARRANT of it, and that's that.

My uncle once worked at a turtle factory, where they make turtles and sometimes shotguns and pies. South Carolina had just beaten Georgia, and the plant manager was a big ol' South Carolina fan. He was just standing there, a-hootin' and a-hollerin' about, "woooo Go Cocks" when my uncle just up and popped him in the temple with a .38. THAT'S DEDICATION. Second degree manslaughter got the word "laughter" in it, and that's something I learned by watching Gallagher.

See, that's just the kind of BOOT-SCOOTIN' SCABIES we got down here with football. DOGWOODS and TRUCK NUTZ would have to agree that DAD'S A BASTARD, there's no reasoning with what's believed with a CATFISH and a dream. Why, even without the BCS at play, the SEC's got TYPE II DIABETES and enough to share with our frigid cousins from UNEMPLOYMENT.

This may sound like I'm just trynta blow smoke up your AUTO INSURANCE RING, but it ain't. It's just an honest accountin' of the FAULKNER FETISH EVEN THOUGH YOU'VE NEVER READ HIM AND DON'T REALIZE JUST HOW MUCH HE NEEDED A GODDAMN EDITOR. It's a DESIGNING WOMEN of a thing, the kind of SWEET TEA IS SHIT FOR FAT PEOPLE and KISS ME WITH DIP IN MAH MOUTH. Oral cancer isn't a joke, but a donkey with one is.