Our team purges their minds of their final, improper, and indecently honest offseason thoughts before the season gets underway.

Texas, I will pretend like you have a quarterback, and not a sack of batteries on a dolly, at quarterback.

Miami, please stop and think before you become the Lost Boys of the Sudan version two.

Kansas, seriously, what happened to Charlie Weis? He used to be such a sweet little kid. 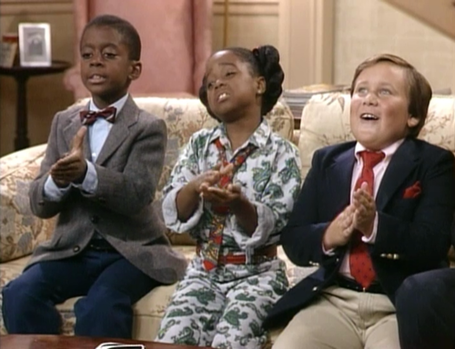 Auburn, you now have to make a bus full of toddlers into a football death squad. Fortunately, you live in Alabama, where this is the only thing the public education system does well.

Texas Tech: the recent expansion of 3G coverage across much of Lubbock will make Tommy Tuberville's coaching the team via FaceTime from his lake house a much more feasible proposition in 2012

Wisconsin: Everything will be fine so long as you didn't let Danny O'Brien cough on y-wait, he did? CDC THIS IS AN EDSALL ALERT ACTIVATE QUARANTINE TEAM DELTA. Also, no YOU'RE racist for not acknowledging Bret Bielema as bilingual for greeting the Hispanic FedEx guy twice a week with "Hola, amigo!"

South Carolina: We cast aside doubts about Marcus Lattimore's knee, Connor Shaw's passing, or your new defense. There is nothing a Palmetto Stater cannot fix with four pieces of baling wire and a good attitude, except for everything in the state of South Carolina.

Vanderbilt: [nerd takes her hair down] [is actually Herb Hand in drag with a sledgehammer] [as long as you kill Georgia too we're okay with it]

North Carolina: Their are fore grammar and usage errors, in this sentince. Find them all, or don't, because fuck books.

Wake Forest: We know you are an insurance scam dressed as a school. Whatever. Please continue embarrassing Florida State.

Colorado: Hey, buddy, wake up! It's time for football seaOHMYGODHEISNOTBREATHING

Arizona: We told you there was no such thing as a "holistic medicine pass rush." 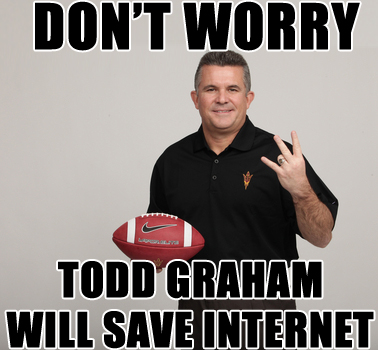 Oklahoma State: The loss of Justin Blackmon means you can no longer enjoy OK State football from the comfort of your living room because he will no longer be driving his truck through the middle of it.

Michigan: We found that picture of Jim Harbaugh you have hidden in your sock drawer.

Iowa: No one prepares like Kirk Ferentz, and this is why he has 43 frozen ACLs from iowa running backs in his office freezer.

Iowa State: Paul Rhoads is so damn proud to already be talking about taking the Auburn job when Chizik goes 4-8.

Georgia: The appearance of We-Evil Richt in 2012 means short your cotton commodities, and hope he lays eggs in Nebraska when they meet in the Gator Bowl. 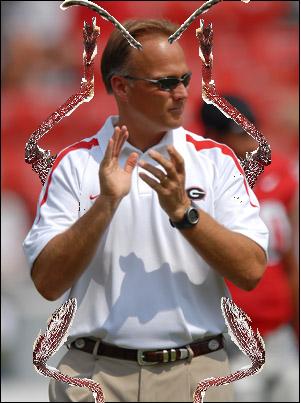 Notre Dame: Doing everything fine, wouldn't change a thing! A plus plus!

Arkansas: If his name were really John-El Smith, and he really were from Krypton and had fathered Superman, then he would have sent him directly into the sun instead of Earth because WHY MESS AROUND WITH THE MIDDLEMAN, SON, GET YOUR PISS AS HOT AS IT CAN POSSIBLY BE. (Also, Superman would be named "Rusty.")

Missouri: True to his name, Truman the Tiger will find himself in a new role in the SEC, struggle, and then take out his frustrations by incinerating hundreds of thousands of Japanese civilians.

UCLA: Maybe you are placing too much value on your anytime minutes?

Kentucky: "Most of us will go pro in something other than sports" is an observation, not a piece of training advice.

Washington: Heart worm pills and Xanax crush down to really sniffable lines. Just sayin'. From a friend. No one in particular.

Oregon State: There are cameras in the stadium. Everyone can tell that playbook is just a collector's book for state quarters. 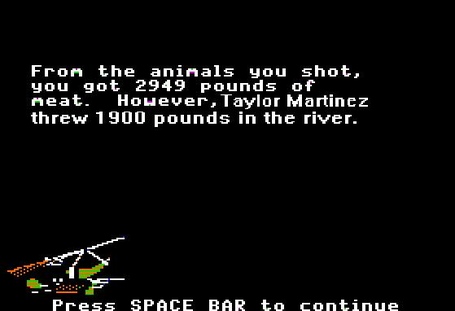 Utah: SLC is the 8th most stressful city in the USA, and would be higher if Kyle Whittingham didn't work out shirtless on an overpass over I-15 during rush hour every night.

Mississippi State: Like, a thousand times better off than they were when Sylvester Croom was coaching offenses that never got out of the 100s in national rankings.

Pitt: Have you ever seen "Strangers On A Train?" Rent it tonight. Invite Syracuse over.

Maryland: /googles "get away with insurance arson

Syracuse: According to Sources, Doug Marrone's "Let's All Find A Way Out Of Upstate New York Plan" has united this team like nothing else he's ever done.

Boise State: No one's realized Joe Southwick is just some candle salesman from Emmett Bench who ate the wrong mushrooms and is in the midst of an 18 month hallucination that's culminated in him starting under center for Broncos.

TCU: Would be higher on them if and only if their starting quarterback had been caught on camera wearing Superman underoos. Oh, if...

Florida: In this year's version of A Christmas Story, Ralphie turns the decoder ring, writes down the last letter, and bitterly realizes he's just spent six weeks waiting for "MUSCHAMP IS STUMPY ZOOK."

South Florida: BJ Daniels is just one third-grader standing on another's shoulders, and has been for four years, but if no one's figured it out yet the NCAA is just gonna let it slide.

Central Florida: George O'Leary just reads his lastest bloodwork results as pregame speeches. When the cholesterol's dangerously high, the gleam of hope in the players' eyes is all the inspiration a team could need.

Boston College: You...you really ate an entire quart of hummus? By itself? Just go to your room. 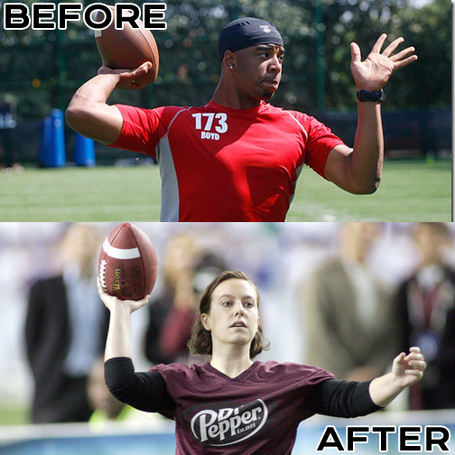 Michigan State: Mark Dantonio's just got one more man to dispose of to win that tontine.

Virginia: It's not funny to Mike London when you beat him at home. It's hilarious when you're pulled over by the VHP and they find the bag of heroin he planted on you at the post-game handshake, though, isn't it Tom O'Brien?

Florida State: Oh, really excited in the year where your best defensive lineman is a big white German. That's not obvious at all, SSeminoles.

Kansas State: Bill Snyder will coach Kansas State for but another 800 years before he decides to transcend the limitations of his physical vessel and lead scrappy JUCOs in the astral plane to January bowls.