Share All sharing options for: MICHIGAN'S NEW UNIFORMS ARE MEDIOCRE

Don't ask Germans to make clothes. Ask them to make cars, and weaponry, and terrifying machinery no one else will make, but do not, under any circumstances ask them to make clothes. It is like asking the British to make stand-up comedians, or making Italians make beer, and no, you shut up about Peroni, hipster. Anything tastes good cold when it's 4,000 degrees outside and they're selling it for six bucks a pitcher.

Perhaps Adidas is, by definition, not to blame for this. 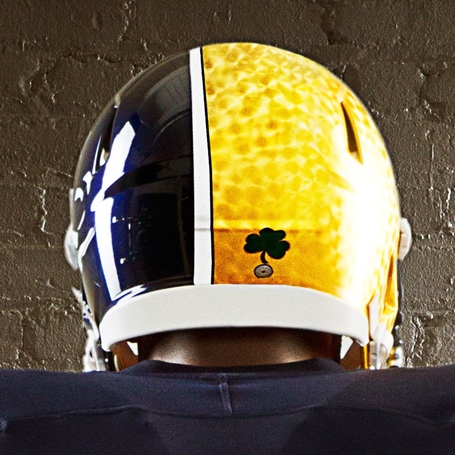 The popcorn under the plexiglass on the right side of the helmet is real, and yes, it is swimming in sea of real delicious butter. The inspiration for the helmet is the flag of Nauru, a nod to the island tax haven most Notre Dame boosters and other wealthy alums protect their hard-earned money from the grubbing mitts of the poors and their first wives. 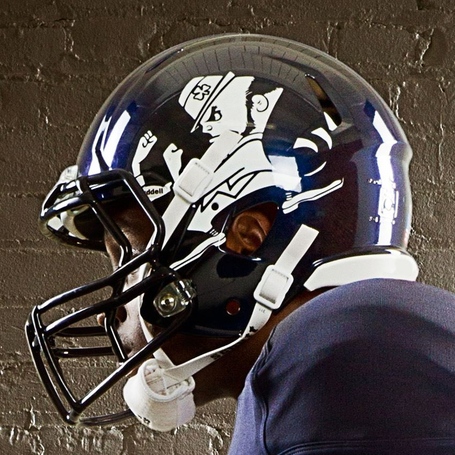 The traditional symbol of the Notre Dame Fighting Irish, Angry Steve Rickets, adorns the side of the helmet. He embodies everything the Irish and their fans love in Notre Dame football: tenacity, charming ailments of the 19th century, and exploding knees. The white paint used to depict the bits of bone shearing off the knee joint is colored with bits of real orphan bone to remind us all of what made this country great: orphan labor. 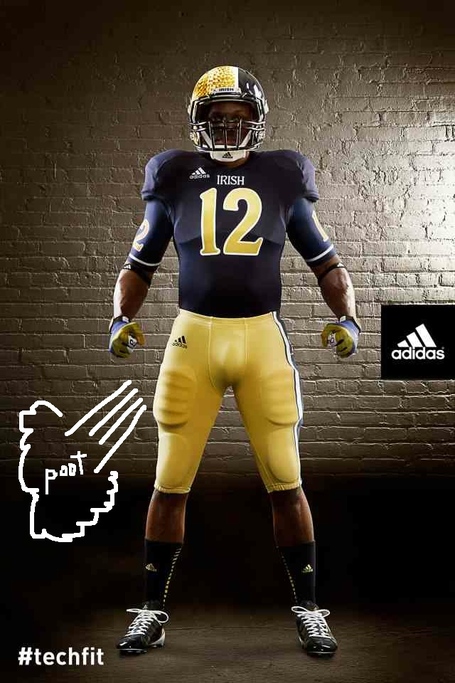 Notre Dame will debut the uniforms against the Miami Hurricanes on October 6th at Soldier Field. Then they will return them to the 1999 Scotland Claymores, and never speak of this again.