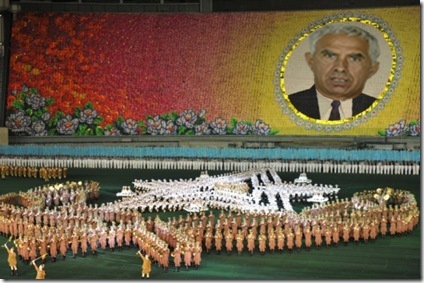 Sometimes BBS stays up too late and drinks too much Jack3d, and this happens. Putting Paul Pasqualoni's face on anything makes it better, and we will continue to test this theory until it is proven to be a law of the natural world. We will be working on West Coast time today due to a visit to the Pac-12 studios. They go live today, and we'll be there. Does the office look like a supervillain's lair, complete with massive HD video walls and slick scandinavian furniture? YOU'RE DAMN RIGHT IT DOES.

THESE ARE NOT REAL. But you need them to be, and we need them to be, and please, Nike, please put Oregon in these for a game. Like, a HUGE game, like the USC game, where they'll either fail or succeed while wearing giant terrifying duck eyes and grins on their head? Okay, we're glad we had this talk, you go make those now, and also make more variants of camo for VT, because they are clearly a camo-friendly fanbase who craves more.

WE KNOW HOW THIS ENDS. GQ has a tiny sliver of an excerpt from Joe Posnanski's Joe Paterno book. The only real detail of note: the Paterno family had an adviser named "Guido," which by ethnicity is like us having uncles named "Bubba," "Butch," and two named "Buck," and we did and damn you stereotypes. Y U SO DURABLE?

LET'S TALK OURSELVES INTO THIS. Don't fight it, and give in to the allure of a decent 2012 Texas A&M football team. You know you want to, just like you want to read anything abotu Ole Miss that sums up their football history as "brown liquor and bipolarity." Bill C. is a machine. Do not get in his way.

BECAUSE WE'RE ALL STILL OUTRAGED AND NEED MORE OUTRAGE. Andrew Sharp revisits the outrage factory over athletes getting breaks because they're athletes, but please do not miss the most important detail: if athletes at Boston College are receiving special treatment, then the word "special" does not cover what they get at schools with really good football programs.

OHIO STATE AS GUS FRING WORKS. Particularly because he was blown up by Don, and then hired that Don. It's never emotional, man. It's business.