YOUR OLYMPICS ARE NOW FOOTBALL

Share All sharing options for: YOUR OLYMPICS ARE NOW FOOTBALL

The Olympics are a confusing time for college football fans. Sure, you can just root for America in everything, but doesn't that become a little like cheering for an intraconference foe in a bowl game? No, we need STAKES, dammit. And that's why Bobby B. Wheel and myself have taken the time to explain just which country pairs with your football team of choice.

MICHIGAN: Unreasonably cocky braggarts who live in a frozen wasteland and haven't accomplished anything in decades? Sounds like Mother Russia needs a Michigan Man to keep her warm.

OHIO STATE: Buckeyes will be naturally drawn to the overreaching ambition that is Deutschland. Bonus! If you yell "URBAN MEYER" at a German Shepherd, it will bring you two recruits from Wisconsin in its jaws.

MINNESOTA: Like its counterpart, Greenland, it is way the fuck up north and I can never remember if it actually has people.

WISCONSIN: Wisconsin is Moldova. Why is about to become very obvious -

MICHIGAN STATE: It's purely a coincidence that the John L. Smith years are referred to as "The Ruin," but the Ukraine-Russia relationship is a good parallel for Michigan State-Michigan. Sure, Ukraine may be outshining the Federation in many ways, but you can still delight in imagining William Gholston screaming "STATE IS NOT WEAK!"

NORTHWESTERN: Wealthy and largely above engaging in meaningful combat, Northwestern is Switzerland, a land where human worth can be coldly measured in troy ounces. *cough* DARREN ROVELL *cough*

PENN STATE: Root for Israel, because HELL NO WE AIN'T ABOUT TO GET IN A DEBATE ABOUT PENN STATE OR ISRAEL.

NEBRASKA: Mongolia was once the scourge of the Earth, laying waste to opponents with a ground game the likes of which history had never seen. Things have, um, changed a bit for Mongolia.

IOWA: If there's one other place on the planet Fate decides to punish over and over again, it's Poland.

INDIANA: India, and not just because I keep thinking that's what IND stands for when I'm glancing at the Olympic broadcast. You'll see the logic of this when we reveal its natural rival...

KENTUCKY: ...Pakistan. Two countries/colleges, fiercely competitive in sports we don't care about and locked in a struggle we don't understand. Don't suggest these are the same people, no matter how strongly you believe it to be true.

FLORIDA: A swampy land where insect-, food-, or water-borne disease can quickly dispatch unprepared visitors, Vietnam is traditionally a very tough team to beat at home but avoids potential challenges on the road.

MISSISSIPPI STATE: An easy choice, as New Zealand is also best known as a place where livestock outnumber people 3 to 1.

MISSISSIPPI: A generally attractive people capable of casual drinking in virtually any circumstance, Australia is never used in the same sentence as "superpower" unless it includes the phrase "is next to."

ALABAMA: Protest all you want, with a rigorous system of population control and media restrictions, China is everything Nick Saban wants to be. ROLL HAN TIDE.

AUBURN: Taiwan. Please, Auburn fans, e-mail me and tell me that you won't ever buy Singha beer. I beg you. 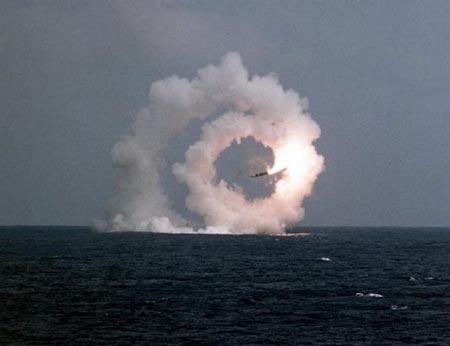 GEORGIA: The French have spent YEARS looking better on paper than they do on the field, and for fuck's sake stop telling us how gorgeous Athens and Paris are. We get it. You dress nicely and have learned to raise children with only the barest sense of hope.

LSU: Mexico may not have the rule of law, either, but if you're willing to drink whatever you're handed and not get all "hey stop kidnapping me," you can have a great vacation in Cozumel or Baton Rouge! Has billions of dollars, but good look every tracing one of them. BONUS FACT: did not get out of its own territory during the Mexican-American War. 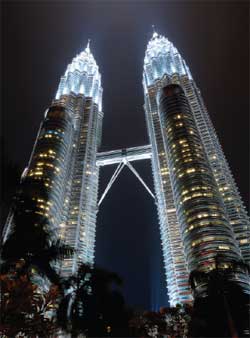 ROOT FOR A NON-MALAY TEAM AND SUNSPHERE WILL TURN TYLER BRAY'S ACHILLES TENDON INTO WATER VAPOR. YOU DARE NOT COMPLAIN ABOUT THE LACK OF MEDALS, FOR SUNSPHERE'S SHIMMERING GOLD IS ALL THAT YOU NEED.

VANDERBILT: Brunei, because James Franklin and the Sultan have the exact same facial hair. 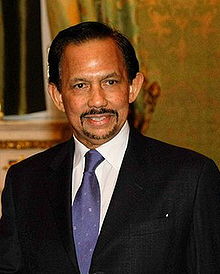 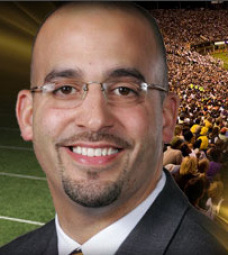 SOUTH CAROLINA: You've been assigned Ireland, the land of drinking, folksy sayings, and a quiet acceptance that victory on the largest stages is not for you.

CLEMSON: Naturally, the United Kingdom. You can't keep bragging about beating the Spanish Armada in 1982 forever, guys. (This also allows me to say "the unfortunate Mister Venables" in my best Dowager Countess voice.)

PITT: Bulgaria, because we know you exist and generally where you are but beyond that cannot really summon the energy to care.

DUKE: Croatia, because you only sort of know about them from reading a Newsweek at the dentist's office in 1994.

UNC: Serbia, for the same reasons as Croatia, only with more sanctions.

NC STATE: Yeah, sorry, you gotta be Bosnia in this scenario.

WAKE FOREST: I guess...Montenegro? I really shouldn't have spent all that time in History class playing Boxes on graph paper.

VIRGINIA: Haughty, urbane, and possibly a haven for former war criminals, Argentina will be a suitable substitute for the Hoos. 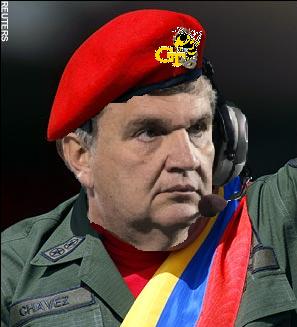 FLORIDA STATE: España! A once mighty world power, beating up on comparatively weaker competition (sorry, Aztecs), but recent years have been less kind. Surely the world, college football or otherwise, is better with a strong Spain/FSU, yes? (The answer is "no" if you like cheap Rioja/sad truck drivers.)

MIAMI: Authorities really ruining all those freewheeling good times from the 80s and 90s? Colombia can totally relate, man.

THE BIG EAST: Bangladesh is one of the world's largest (and still growing!) countries and has never won an Olympic medal. Like, any. Not even in put-on-skis-and-let-a-horse-pull-you-around.

TEXAS: We sort of have to put you with South Korea, given A&M's assignment, but your true hate is reserved for another country, namely...

OKLAHOMA: Japan. A country that has been ready to take over for the last fifteen years but always seems to fall short.

OKLAHOMA STATE: Sometimes, rule by one extremely wealthy man can be oppressive and brutal. Other times, we get Monaco and the Grand Prix.

BAYLOR: Mostly recognized in the form of one special man who is forced into unjust exile. This describes Tibet and the Redskins drafting RGIII.

WEST VIRGINIA: This was a difficult choice for a while, but then we realized that the Mountaineers are the official football team of International Waters.

KANSAS STATE: Denmark has also been presided over by the same white person for, like, forty years, but it's cool because she, like Bill Snyder, is a perfectly lovely person. 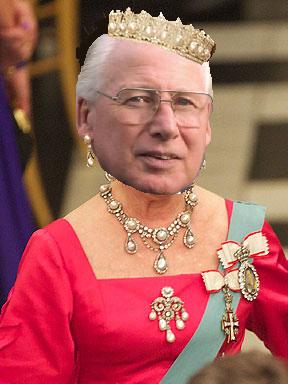 KANSAS: Root for Liechtenstein, a country that shares your view that maintaining an active defense force is too costly.

TCU: Finland, on the other hand, is excellently defended, and knows a thing or two about pulling out of a partnership when things start to look grim.

WASHINGTON STATE: Where do pirates live when they're not pirating? Bermuda?

STANFORD: Hong Kong, which will make more sense when it becomes known as The University of Alabama at Palo Alto in 2022. THOSE WHO ARE AGAINST CHAIRMAIN PAAAAAAO WILL HAVE THEIR DOG SKULLS SMASHED INTO PIECES.

OREGON: Qatar understands what it's like to be one of the nouveau riche.

OREGON STATE: Yemen is close to Qatar! (Geographically. Not financially.)

WASHINGTON: You've been paired with Madagascar, because 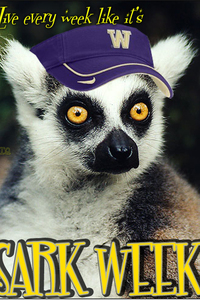 CAL: The Netherlands, for reasons which are extremely lazy and juvenile.

UTAH: Utah is Paraguay. Unless it's Uruguay? It's definitely one and BYU is the other. Which is which doesn't matter because they're just the same thing.

USC: You know who would allow pornography to be filmed in the Coliseum? Italy's own Silvio Berlusconi, that's who.

COLORADO: A mountainous and barren rebuilding project that cannot get things going because it keeps getting trounced by larger powers. Afghanistan is yours, Buffs.

ARIZONA STATE: Like Brazil, Arizona State is full of beautiful people, rapidly expanding, and possibly has no government whatsoever.

ARIZONA: Egypt, because you will never know stability until you embrace the power only a PRINCE can provide! 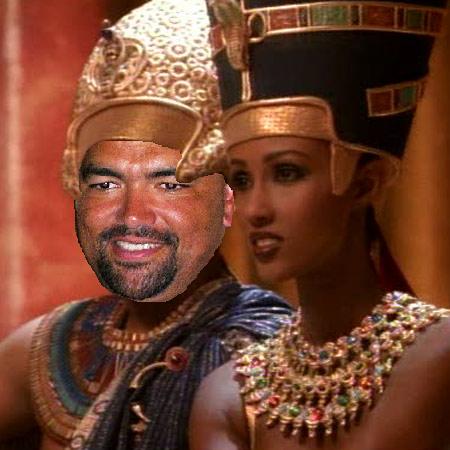