CENTRAL FLORIDA IS NO MORE

Share All sharing options for: CENTRAL FLORIDA IS NO MORE

Tomorrow, the NCAA will pronounce sentence upon the University of Central Florida, but waiting for the official announcement is pointless when you have the superpower of Irresponsible Speculation! (Danny Sheridan, we are but the young, timid Jean Gray to your Professor Charles Xavier.) Exclusively to you, discerning reader, we present the sanctions UCF will certainly be dealt in a matter of hours: 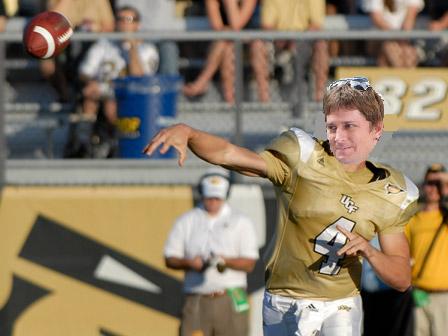