Share All sharing options for: THE BIG TEN AND THE PAC 12 AREN'T DOING THE ROOMMATE THING 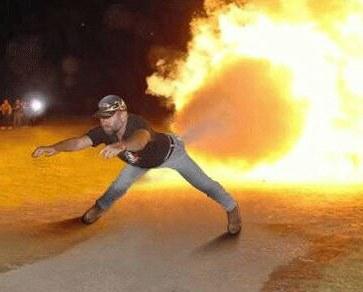 After much huzzah and haymaking over the Pac-12 and Big Ten's decision to schedule games against each other as part of the New World Order, the two conferences have decided that rooming together on a permanent basis is simply not going to happen.

The Pac-12's nine game conference schedule is the primary culprit, though there are other factors: totally different schedules (like, almost different time zones,) couldn't agree on decorating (Larry Scott: "Do you own anything that isn't cheap industrial carpet or particle board furniture?"), and disagreements on internet plans (Larry wanted the T1 line; Delany's rifling through old AOL CDs mumbling about bills.)

Still, remember the biggest beneficiary of all of this. The conference poised to shock the world, fell giants with regularity, and take the play-for-slay checks of supposed beatdowns and take them home to build new castles of Rust Belt greatness. We think you know what we're talking about, and we think you're buying it at low prices and selling it high on the football streets in tiny plastic baggies. You call Toledo when you're ready for real football, Jim Delany. They're ready. They were born ready.